Background promo - Draemhouse began in 2014 as a bedroom recording outlet for former songwriter/guitar player, Chris Cheveyo of Rose Windows (Sub Pop).  After Rose Windows dissolved in  January of 2015,  Pat Schowe of whom also played in Rose Windows joined Draemhouse along with Emma Danner and Brock Carless.  The quartet then began rehearsing in March of that same year.  Playing renegade shows in living rooms, clothing shops, and underpasses throughout the Summer of 2015.  The band has gained a quick following for their dræmy sound and live fiber art installations by in-house visual artist/photographer Lauren Rodriguez.

The band released "Woundlicker" as a cassette single via the Blind Blind Tiger label out of Los Angeles to positive reviews in the Summer of 2015. Only Friends was recorded in Austin, Texas in 2014 at The Wonder Chamber by Justin Morris.  It was performed by Chris Cheveyo and some top notch musicians of Austin’s local scene.  It was mixed at Avast! Studios in Seattle, Wa by Justin Morris and assisted by Jon Roberts and Randall Dunn. Their new EP 'Only Friends', which is going to drop March 15th on Blind Blind Tiger.

From the four track 'Only Friends' EP, 'Kerosene' the final track can currently be downloaded free on Soundcloud, however I really do recommend checking out the other songs on what is for me, a really great selection of beautiful dream pop songs. 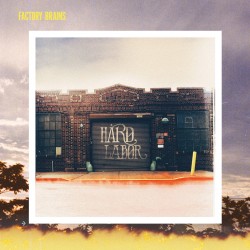 Factory Brains - Down The River.

Background promo - The Stockholm based band Factory Brains has in spite of their young age already made over 100 concerts. 100 concerts that has taken the band from the youth recreation centers, via blues festivals in small city Ängelsberg, to Stockholm for a gig with Graveyard, on to Gotheburg for an evening with Daniel Norgren and finally on tour as supporting act to Rival Sons - a Rival Sons who specifically requested the band as supporting act.

Factory Brains was founded in 2010 and had on their first album (Love like hours/Universal Records) close cooperation with Peo Berghagen who passed away way too early. The band created a reputation of being one of Sweden´s up and coming and most interesting rock bands, but without Peo things didn´t go as planned and Factory Brains days at Universal were numbered before they even began. For three 17 year old guys - who thought they´d signed off on guaranteed fame and success - this could have been the beginning of the end for the band. But instead of being disheartened the band called Janne Hansson and booked a session in Atlantis Studios to be able to start working on their second album Hard Labor.

In order to perfect the recording with something a little extra they brought in Martin Hederos (TSOOL) and Henrik Wind to play keyboards and Chips Kiesbye (The Hellacopters, Michael Monroe, Millencollin) was called to produce all vocals. After finishing the recording the task of mixing a mastering was assigned to - in that regard a somewhat odd choice - Jens Borggren (Opeth/Paradise Lost). Choosing Jens to complete this task is something the band definitely don´t regret which the audience will be aware of when listening through Hard Labor.

Factory Brains new album 'Hard Labor' from which 'Down The River' is taken is due for release on the 19th February. The collection of songs are more rock than pop, with a definite 'Americana' feel running through some tracks. Overall it's a strong collection of songs, that could well appeal to anyone who enjoys bands as diverse as Wilco through to The Rolling Stones.