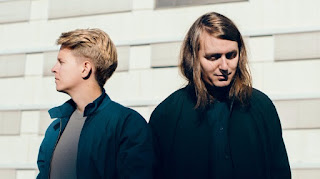 Apothek - Waiting For The Thunder.

Background promo - “There’s a gap somewhere that used to be us” – an opening premise, and emotional wormhole that lies at the core of Apothek’s latest offering ‘Waiting For The Thunder’. As solemn as it is soaring, the track navigates space and time with pitch-bending poignancy. “It’s about distance, about travelling; the spaces and places we leave behind,” explains vocalist Morten Myklebust. The sentiment is skewed in “little glimpses of memory that warp the truth,” he says. “How absolutely everything is temporary.”

Sonically speaking, ‘Waiting For The Thunder’ takes a darker turn to that of its budding predecessor. “It’s a bit icier and more distant than ‘Family’,” co-conspirator and producer Nils Martin Larsen concludes. “The first part of the track was the skating-on-ice kind of bass line that goes all over the place pitch wise, which felt kind of new. It’s also the first time we started experimenting with tuning of vocals which turned out to be a big part of the record,” he says.

Following a UK/EU tour with pop wunderkind Susanne Sundfør, amidst their own London headline late last year, Apothek returned for a sold out show at London’s Hoxton Hall yesterday with Norwegian chart-toppers Highasakite.

We featured Apothek a few months ago, however the new song 'Waiting For The Thunder' just grabbed my attention. It flows with great simplicity and yet there's so much going on, and the vocals just nailed it for me. 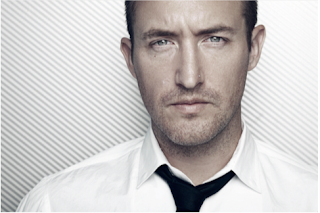 Background promo - For many years, in the early 2000s, Luke Chable had been described as one of the best Progressive House producers around, renowned for his unmatched production skills & his ability to create massive hits while still preserving his underground roots. From his first release, “Accelerator” – which sold out of no less than four pressings – to his worldwide seminal hit “Ride” and his collaboration with Phil K as Lostep, it was a non-stop series of hugely successful releases for more than 5 years straight. Countless classic originals & remixes topped the dance charts all over the world whilst being championed by the world’s elite DJ’s: Deep Dish, Tiesto, Sasha, John Digweed, Eric Prydz, Dave Seaman, Danny Howells, and many more as being one of the hottest progressive house artists on the planet.

After years of production successes coupled with a hectic global touring schedule, Luke took a well deserved rest away from the scene for a few years...only to come back even stronger. Earlier in 2015, his return “Comet” EP (released on ToolRoom Zero Three sister label) instantly climbed into Beatport Top 5 and prompted EDM act Above & Beyond to propose him a guest mix spot on their massively famous “Group Therapy” radio show.

With his comeback EP now nearing 1 Million plays on Spotify, Luke follows up with his own take on indie pop cult classic “Opium” from The New Division, retaining the 2012 track original vocal and delivering a hypnotic and modern progressive house number.

Luke Chable's progressive house rethink of 'Opium', can only add to his standing as a top producer. Retaining the original vocals gives it a recognisable connection to the indie pop number, everything else just works so very, very well.