A Couple Of Good Ones: The Plaidians - Thelma Ball 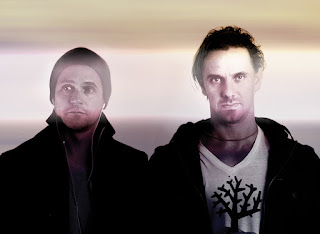 Background promo - ‘Lights Out for the Boy’  is a significant collaborative recording project featuring two of Melbourne’s artists of music in the form of The Plaidians. Gaz and JP have been co-writing music for many years and have established the kind of rare connection that has helped them carve out their own idiosyncratic niche.

Following on from the success of their first single release “The Follower” in September 2015, The Plaidians are now releasing their debut album ‘Lights Out for the Boy’.

Their album is a flavour of pop that is both unique and familiar: fully formed and thoughtful in a way that is surprising from a duo that is new to the indie scene. The Plaidians have presented ten tracks that offer a charming blend of rock and pop, even folk, with strings, guitars, vintage synths, and signature gritty vocals.

JP said: “Much of this album was about challenging ourselves; seeing what was really possible. We wanted to create something that brought together all of our varying and often conflicting influences where we could really define ourselves. For us, this album definitely captures that feeling of self-discovery.”

The album is being released along with the title track “Lights Out”. Initially sweet and engaging, “Lights Out” takes you down a melodic path that switches to a dark and pulsing groove with an eerie, infectious chant. The song tells the story of a mother who medicates her over-active son; reflecting on the guilt, selfishness and the side effects of psychotropic drugs on children.

We featured the first single back last September and it's great to know the new album will be released later this month on the 26th February. The title track is yet but another small taste of what is a really fine album. 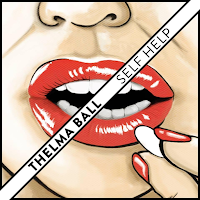 Background - Michael from the band contacted Beehive Candy and had this to say "I just read your review on Darla and the Blonde because we're playing with them soon".

From the bands Facebook page we also learn - Thelma Ball are a four piece from Lincolnshire/London who have put together one tasty musical BLT sandwich.

The bread and butter of Nirvana, the salty bacon of The Strokes, the crispy lettuce of Mac DeMarco and of course those Jeff Buckley influenced juice balls of tomatoes.

'Self Help' is the title song from the three track EP. I like the bands own description of themselves and as BLT's go, all I would add is that there is clearly a layer of feisty and spicy sauce. The band may have a connection to another we have featured but it's their flavoursome music that gets them on here. I finish there as a thousand other awful puns are circulating in my head.