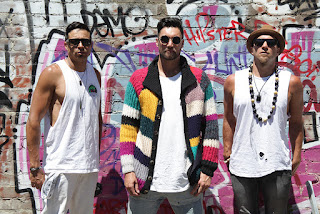 Background promo - Three Kiwi (New Zealanders) brothers (most likely from different mothers) maybe they met in Australia in 2012 on Sydney's Northern Beaches, maybe they met on Mars, maybe they met by a bin fire floating wayward on a raft between the North and South Islands of Aotearoa as the full moon kept us moving... Either way three brothers met, and they met to make music to make you sway and dance and swing and sweat. Music to make love to the mind, soul and ears of your sister, your wife, your mistress, your Nanna, to your sweet baby mama. They met to sing of love and trouble, of leisure and life.

Since their inception ManaLion have shared the stage with the likes of UB40, Sticky Fingers, Fat Freddy’s Drop, The Black Seeds, and Meta & The Cornerstones just to name a few. They’ve played a number of homegrown, hometown gigs around Sydney, building up steam like Peter Gabriel on herbal tea and winning the hearts of Australians everywhere in venues like The Metro in Sydney, The HiFi in Melbourne, the Capitol in Perth.

Their latest single “Dirty Roots” follows up their latest album release Back In The Day, released in September 2015. The debut record features ten tracks that profoundly showcase the bands love for dub, electronic funk, dirty roots and soul music. The release of the album saw the band embark on both an International and National tour in support of Hawaiian reggae heavyweights Rebel Souljahz’s Sept-Oct 2014 Tour.

“If you asked me to describe ManaLion’s sound, I’d say it’s a combination of Dubtronic and Dirty Roots music. If you don’t know what that is, have a listen to our record Back in the Day. Out forth-coming single ‘Dirty Roots’ is no more than a feel good track, which embodies our sound and what we represent through story lining a house party. We like house parties (who doesn’t) and we like them roots you know. Dig.” - vocalist Duan & Only.

As far as feel good songs go, 'Dirty Roots' most definitely fits the bill. With a funky, reggae vibe and upbeat vocals, the song builds and pleases as it bops along. 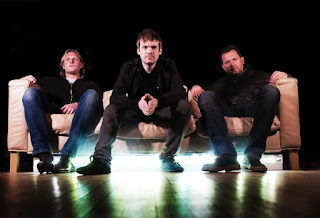 Background promo - Partisan formed in Manchester, UK early in 2013. As the name implies they are passionate about their mission to position themselves as serious contenders, taking on the music scene with their punchy, bold and unflinching rock anthems.

Six10Repeater were awarded as ‘Best Unsigned Band’ by XFM in 2009. Two tracks 'Hearts and Nails' and 'Today Somehow' featured video game Pro Evolution Soccer and the band earned support slots for the likes of Nine Black Alps, Babyshambles, Status Quo and The Damned as well as being championed by BBC 6 Music's Mark Radcliffe and BBC Introducing.

Stuart sees Partisan as a natural progression from Six10Repeater both in style and spirit - innovators of new rock, Partisan underpin hard hitting lyrics with melodic rifts. The release of new single 'Two Lovers' will be followed by an as yet unnamed EP which they're currently working on with The Charlatans producer Jim Spencer. Undoubtedly Partisan will be a band to keep a close eye on throughout 2016.

I half expected to hear a typical power trio track, before hearing 'Two Lovers'. This is clearly a lot more than that. Vocals and harmonies are well up in the mix and key to the song. Musically of course the energy is there, however this is far more thoughtful, so that when the 'power' arrives, it adds to the whole piece, rather than dominating. 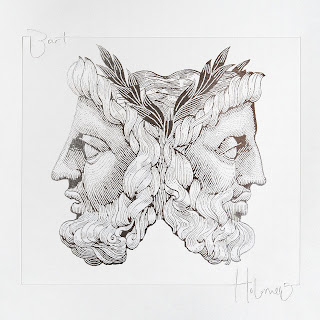 In a recent issue of Toronto's Now magazine, music editor Carla Gillis proclaimed that Bart just may be her favourite new Toronto band. This is not an isolated opinion. Over the course of the past year the band has played to a consistently growing group of converts. Last year when Jim O'Rourke declared prog rock as vital and contemporary as it's ever been we could only nod in approval and it seems others are in the mood for a maximal, musical experience.

Bart's use of dynamics and harmonics take them places where few contemporaries dare to tread. Triple saxophone breaks, piano ballads and synthetic fades into the centre of a new age all make up the band's debut full length Holomew. Filled with hooks, melodies and meditations on the bigger picture, Bart's Holomew is ambitious in scope and unapologetically progressive.

'On/Off' is full of surprises. It starts off with a laid back feel and enticing vocals and harmonies, before the saxophones arrive and spice things up. It's 'prog' orientated sounds are fine, not indulgent, but actually very pleasing. I look forward to hearing more. 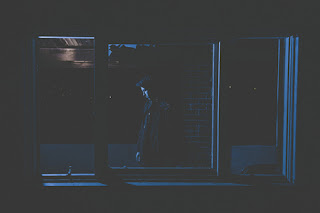 For those yet to discover the beauty of Lower Spectrum; the talented producer makes immersive, minimalist electronic music in the vein of Nicolas Jaar, Four Tet and Moby. He has continuously weaved his ingredients of vinyl samples, warm textures of analog synths and splintering drums around Australia with sets at St Jerome's Laneway Festival, Brisbane's Bigsound and Melbourne Music Week, scored art-house films and played support slots for international luminaries Jon Hopkins, Pantha Du Prince, Andy Stott, Flako, Onra and Nightmares On Wax. His track 'Klever' has been streamed over 2 millions times.

The 'New Haze' EP offers a defiant new sonic world of monolithic structure. Dynamic cadence, analog emotion and gospel scripture permeate an aural glow, dissolving the boundary between human touch and mechanical precision. The EP concentrates fluctuating rhythms and motifs within beautiful harmony and eerie decay. A deep sense of buckling weight collapses to uncover an inner symmetry of grace and poise. With a true and honest touch to his craft, Lower Spectrum enunciates the microscopic layers within his work and makes delving into his world more rewarding on repeat.

As one commentator on Soundcloud so eloquently put it Lower Spectrum has 'Crushed it with this one bruv'. Indeed this is both creative and at times quite unique. Above all it's one really cool piece of music from start to finish. Vocals are the icing on the cake, love it (bruv).