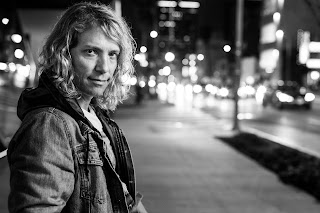 Background promo - Last year singer, guitarist and songwriter Ben Mauro was part of a major European tour with pop/funk icon Lionel Richie.  It was a two month tour of sold out arenas across Europe. Ben’s extraordinary musical skills and dynamic stage presence has been the reason that he has remained a core member of Lionel Richie’s band for over fifteen years.  Ben has also worked with many other artists including Kelly Clarkson, Britney Spears, Don Felder from The Eagles, John Fogerty, Christina Aguilera, Toni Braxton and also worked on projects produced by Peter Frampton and Prince.

But with Ben it’s not just about the music, it’s also about giving back.  On every trip to Syracuse he goes to his old high school (West Genesee HS) and college (Onondaga Community College where he studied classical guitar) to talk with students.  Ben gives them advice on how to have longevity in the music business and gives clinics to teach them the basics of music theory.  In 2014, he started the Ben Mauro Endowment for Music Education at West Genesee; over the next four years he will make a donation to the school’s music department.  He wants every kid to have every advantage to be able to play if that is their passion.  Ben grew up playing the clubs of Syracuse then eventually moved to NYC where he landed the gig with Lionel Richie.  Ben now lives in Los Angeles, California.

Ben Mauro, has a new EP called From NY coming out next Tuesday 23rd February.

'From NY' is a refreshing collection of songs of which 'She's Beautiful' gives just a little hint of what to expect. Some songs are country rock orientated, some quite funky, and some more contemporary pop. All are delivered with style and a real sense of warmth. 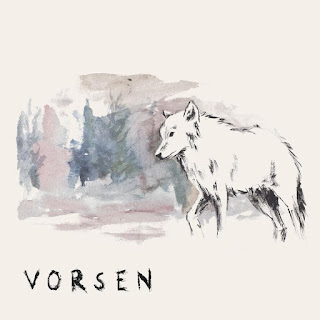 Background promo - Perth four-piece Vorsen have hit the ground running, entering 2016 with a blistering debut EP in hand after a solid first year of writing and performing under their belt. While single 'Hurricane' is doing the rounds at radio the 'Vorsen EP' is officially out through all digital retailers yesterday Friday 19th.

Initially formed by singer/songwriter Oliver Halvorsen, the scope of Vorsen's music soon grew beyond that of a solo project and led to Halvorsen recruiting three of his fellow WAAPA graduates – guitarist Chris Mackenzie, bassist Brad Roberts and drummer Drew Williamson. As a quartet, the band quickly found their feet, enabling each member to add their own unique touch to the band's highly dexterous musical capabilities.

As you would expect from WAPPA graduates, the level of musicianship in Vorsen is outstanding, but rather than this being a band of individual virtuosos, everyone's greatest musical strength is their ability to work together. And that's where the true magic of any great band comes from... their chemistry. Already a formidable live ensemble by the time they entered the recording studio, Vorsen's natural chemistry on stage is the backbone of their EP.

Vorsen's four track EP kicks off with the featured track 'Hurricane'. It's a solid blues orientated number, with skillful playing and just the right type of vocals. The band are clearly not a one trick outfit, they can funk up numbers and with the third song you see a softer side. 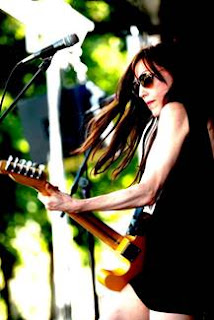 Background promo - The multi-instrumental Sofia Härdig is the latest example of another world class Scandinavian export that’s been dominating the music scene for a while now. Having worked with household Swedish names like the Grammy Award winners The Hellacopters and Bob Hund, as well as having collaborated with Sonic Youth’s Kim Gordon and Pussy Galore’s Julia Crafitz on Free Kitten, she is now ready to expand onto the world with the release of her upcoming new single Sitting Still.

Hailed “the rocktronica queen of experimental music” in her native country, she remains truthful to her artistic vision. "I find beauty in flaws and that which is not perfect is what excites me, I love the unusual, the unexpected, untrained and unplanned… I hope my music portrays that in its sound”. In order to keep the authenticity and imperfection alive, her new 2-part EP collection called The Street Light Leads To The Sea was recorded only in three days with a few musicians specifically known and hand-picked for their improvisational skills. The moment the record button was on, each musician was encouraged to simply go wild and free.

The result comes in the shape of Sitting Still, the Sonic Youth, The Pixies and Le Tigre- inspired track filled with attitude, vibe and raw emotion. It is fast, it is bold and it will be out everywhere 26th February 2016.

'Sitting Still' is a blistering, wall of sound, rock'n'roll, two and a half minute, blow out. Guaranteed to remove the most stubborn cobwebs, if you need a wake up call that works, this is it.