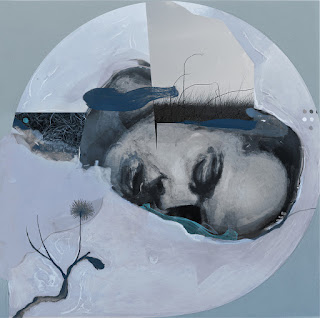 Words from Russell - "You Don't Feel" is from my new album "Begin Simple", which will be released, May 13th 2016, by Ray Recordings. Throughout the writing of the new record my songs developed their own magic, to me, they are documents of moments and feeling or things that’d I’d been a part of, or had witnessed.

Sometimes I can struggle with my writing process, I have to be sincere to myself. You don’t feel represents being true to that ideal. Without a passion you don't feel. My songs were recorded and filmed live by Filippo Gaetani at Wilddog Studio.

The production of the album took on a new phase. We introduced clever rhythmical aspects and electronic instruments, adding to my folk roots. Filippo was key in bringing these aspects to life, forming key parts where necessary and being absolute and true to the production. The idea was to get out of the box, creating new dimensions within these stories. It worked.

The album 'Begin Simple' comprises of eleven songs of which 'You Don't Feel' showcases the sincerity that has gone into this musical collection. At the core may be folk roots, however the album builds around this. Sometimes a blues feel is more to the fore, some songs are stripped back, whilst others build around  the precise musicianship and are more energised. It's a really good collection of songs, if you like the featured track, your in for a great album. 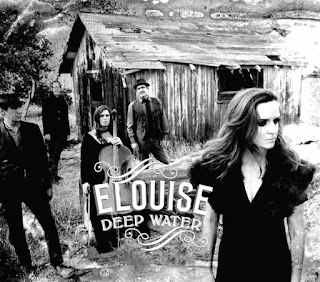 Background promo - Fuelled by a sordid real-life backdrop of good old fashioned suicides, murders, and alcoholic depravity followed by church on Sunday, Elouise is an eccentric collaboration of Los Angeles-based musicians who came together to create an ominous, raw and cinematic genre of music they identify as Blackgrass. It is the sound of sin and salvation mixed in a dark cocktail with a taste of Bluegrass, a black symphonic sound and weary emotional vocals that tell original tales of struggle and re-imagine songs from our collective Americana consciousness.

Using a mix of Classical and Bluegrass instrumentation combined with an array of eclectic instruments including the marxophone, six-string banjo, bandoneon and harmonium, Elouise layers their sound with dark and beautifully dramatic European strings like the cello and double bass. This idea of low end drone and virtuosic strings combined with sounds from traditional Bluegrass instrumentation is the signature sound of Elouise and Blackgrass. Add in world-weary and guttural vocals paired with instruments like the bandoneon (which produces one of the saddest sounds imaginable) and you get a musical experience that captures a distinctly original, emotionally fraught and unforgettable sound.

Elouise deconstructs and re-imagines classic songs like Amazing Grace, I’ll Fly Away and the sweaty revival tent of Fire and Brimstone (which sounds like an old Alan Lomax field recording) shaking these old chestnuts to their bones, revealing an underbelly of the darkness of Americana standards and turning them into a booze-sodden cry from America’s trailer park soul. Shadow of the Pines pays homage to Bluegrass royals, The Carter Family, with a slower tempo and a musically re-envisioned version of the original, mixing traditional Bluegrass instrumentation with the lonely and weary vocals of Elouise Walker, creating a desperate and beautiful love song reminiscent of early Bluegrass anthologies. Silent Night, a single that debuted around the holidays, is an age-old standard transformed into Elouise’s Blackgrass rendition with swirling strings, menacing vocal and six-string banjo topped off with a culmination of wailing hallelujahs that earned the praise of Blurt, Folk Radio U.K. and 50Thirdand3rd. The songs and recitations in Deep Water are haunting and beautiful, deviant and desperate sonic explorations that stretch the boundaries of Americana Music.

'Black Horses' is just a small flavour of the album 'Deep Water'. The album is something of an epic journey into a genre of music they identify as Blackgrass. The album cover somehow hints at what's in store across thirteen songs. If the vocals don't get you, the surreal collection of instruments and the incredible songs most certainly will. It is at times dark, ominous and intriguing. It is also an alternative work of art, file under excellent. 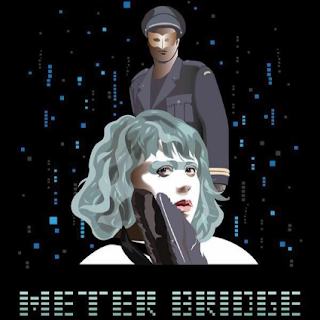 Background promo - On the trail of their recent single 'It Was Nothing', Canadian synthwave duo Meter Bridge have announced they will be releasing their latest maxi-single ‘Filter / Kite’ through WEATNU Records. It includes three tracks - 'Filter', 'Kite' and a Mind Veneration Remix by Mark LaFountain. The two original tracks for this new single feature catchy and crystal clear production with particular attention to the vocals. LaFountain's output is a wicked club mix with a heavy groove, while the original version of 'Kite' features modular synthesis over a minor chord progression, unique quarter time percussion and staccato rhythm.

Hailing from Nelson, British Columbia, Richard Kleef and Jill Beaulieu have been playing together since 2011, creating a distinctive and unmistakable sonic identity as Meter Bridge, forged of minimalistic groove-infused alternative dance melodies that are seemingly retro and futuristic at the same time. "Our song 'Filter' is a song about persecution and about the complicated process of resistance and assimilation followed by reclamation of spirit and culture," explains Jill Beaulieu. "For the video, film-maker Bryan Webb took our concept of invasion, assimilation and rescue, making it modern and mysterious. It was filmed in studio, as well on location, in several different nearby forests."

"We are very pleased to be involved with Mark Lafountain. He was one of our earliest supporters and we value his work immensely. He added new life into this song, transforming it into something even better than the original," says Jill Beaulieu. Mark LaFountain has been creating and recording electronic music under the alias Mind Veneration since the late 1980’s. Mark's new wave flavored remix of ‘Kite’ was inspired by some of his favorites, including ambient house pioneers The Orb.

“The synth bands of the early 80’s were amazing to me. Howard Jones, Thomas Dolby, Men Without Hats, Soft Cell, Naked Eyes… I couldn’t get enough of that synthetic sound," explains Mark LaFountain. "I eventually stumbled upon the Meter Bridge track ‘Kite’ and I felt as though I were hearing a hidden gem from the likes of The Human League, which I’d never heard before. I played the track relentlessly!”

'Filter' is just half the story, with 'Kite' being the other. Two contrasting songs, the featured track has hallmark synth's and perhaps a respectful nod towards Kraftwerk. The music is expansive, uncluttered and works perfectly for the vocals, which are delightfully 'up' in the mix. 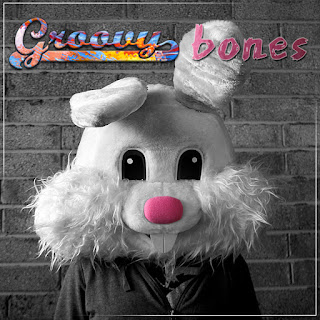 Background promo - Everything starts with that little impulse inside you. Sometimes it’s just because of plain boredom or pure coincidence; very often the need to create something comes from the inner need to express yourself in a brand new way. In case of Groovy and his friend Bones both those things were equally important.

The main part of the Groovy Bones experiment consists of only two members because everything started from their early MIDI projects they were scrupulously storing somewhere on their PC’s about ten years ago. Then one beautiful day they made a decision to take their ideas one step further. Groovy had a flair for composing, producing and mixing music and Bones was completely absorbed with learning how to sing and make his own songs. And so they started – armed with good intentions, youthful naivety and complete lack of money and experience.

Years passed and the project luckily survived all the obstacles on its way. Groovy and Bones changed, got older and wiser, they also acquired some essential knowledge to give their project the form they both expected. Hundreds of hours of basement recordings, bottomless ocean of coffee, one destroyed guitar (in powerless anger) and countless phone calls – begging different people to take part in their project and to help them record something: some guitar tracks, a trumpet solo, a bass lines and all that needed stuff. Moments of plain happiness when the song is finished and moments of pure despair when some of the work is good for nothing and lands in a trash bin.

Its time to say goodbye to making the Groovy Bones: Experiment GB1 and to say hello to creating completely new GB2 material but with Your help there is a chance for our loooong work to finally see the daylight, Groovy Bones and many other people involved are convinced it’s worth it.

Twelve beautiful songs, mixing blues, jazz and even a little soul, in a variety of tempos and arrangements. That it took considerable effort and time to arrive with this collection, may be a pertinent issue for Groovy Bones, as a listener, what can I say other than to echo the sentiment that it was and remains worth it. 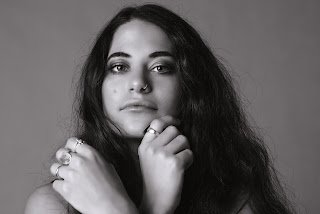 Background promo - After living in three states, seven bedrooms, and accumulating almost two years of song writing under her belt, 21 year old Tori Zietsch decided she was ready to embark on a musical project under the moniker Seavera.

Consisting of her own brand of lo-fi beats, sparkly layers, honeyed vocals, and heavyweight emotions, “Caving” is saturated in honesty, laden with intimacy, and stirred by darkness.

Exploring the fear of being exposed, a violent plea to a lover to be cut open, the debut single “Caving” was recorded across spaces throughout Northern NSW and the quiet suburban streets of Melbourne’s Fitzroy North, and mixed by Grammy Award nominated engineer Andrei Eremin (Chet Faker, Hiatus Haiyote, Montgomery, The Harpoons, Wafia, Banoffee).

'Caving' sets the bar high for Seavera. Intimate and emotionally powerful, this is such a beautifully layered song, that halfway through the first listen, you know your going to have to play it again.