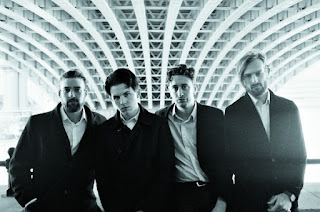 Background promo - Unsurprisingly, the track has recently grabbed the attention of BBC Introducing London who recently named the south coast four-piece their featured artist. Absolutely soaked in catchy hooks, the new single “Di Caprio by Ellekaye has managed to turn heads and perk ears in the Brighton music scene. In a town where “anything goes” it’s often hard to get noticed but raised on a diet of 90’s dynamos such as Blur, Supergrass and Suede, Ellekaye’s sound is one of true distinct diversity and is a clear niche heard amongst today’s sounds.

You can’t help but admire the nonchalant, defiant attitude from these newcomers as they effortlessly bridge the gap from retro to modern with their sound. “Di Caprio”, the new single from the young quartet released this week boasts infectious guitar lines and vocals that are both familiar and unique making this track rise above the numerous in-vogue bands from their trendy home town. The track has subtle moments of humour reminiscent of Pulp mixed with the intelligence of artists such as Talking Heads and David Bowie. Dress sense and lyrics as sharp as a cat’s claw, singer (Lewis Kane) reminds you of a Morrissey you could have a pint with.

Before the band were even a year old they had recorded with producer Ken Paul (David Bowie) and headlined the Camden Roundhouse for the Annual Farah Fridays. Since then, the group have been on a non-stop upwards rise joining the Ordinary Boys for sold out shows, a UK tour with 90’s Brit-Pop icons My Life Story and main stage appearances at ‘Brownstock Fesitval’ and the award-winning ‘Y Not Festival’.  Along with backing from BBC Introducing, it’s no wonder the band have been chosen to perform at this year’s Great Escape Festival in Brighton (20th May).

It took a while to edit the above promo into some kind of sense (someone copied and pasted the original in the dark, I think). It was worth it though as this is such a good song, and it can be downloaded free, which is quite a gift for something this fine. Excellent vocals, smart band, I suspect they will get noticed. 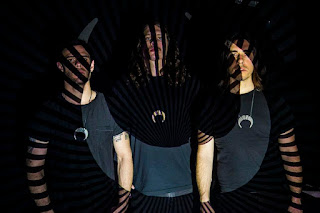 Originally performed as a traditional Middle Eastern folk song throughout the years (With versions by Farida Mahwash, Abdul Rahim Sarban and many others), this track celebrates its Afghan and Persian origins in a heavier, modernist fashion.

The track is ritualistic, drone infused, and laden with groove; it seamlessly merges fuzz drenched stoner-rock riffs whilst resting upon a rich history of musical tradition, drawing from the Middle East as naturally as from California’s deserts and beaches. The end-result is a timeless, vivid blend of thundering psychedelic rock and Arabian tonalities, an altar to heavy riffage, mind expansion, and social insurgencies.

I sometimes wonder how ideas like this come to be. Mixing up genres and styles is one thing, but "lets do a psych come stoner type middle eastern folk instrumental" well that's a little different. It is however, superb and addictive. More please! 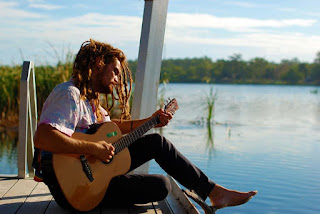 Background promo - Esma Project is the ever evolving and versatile outfit for chief songwriter, producer and instrumentalist Erik Esma. A DIY approach has seen Esma Project busk the streets and play venues in the United Kingdom, France, Russia, the Netherlands and Erik’s native Italy. Now calling Fremantle home, Esma Project have been embracing the streets and stages, soaking up all the famous port has to offer.

The first official Australian single has arrived in the form of ’Happiness is Free’ taken from the forthcoming album ‘Surf the Change’. Erik explains the reasoning behind penning a track like ‘Happiness Is Free’,“Happiness gives you the brush for painting all the concrete canvases around you. It gives you the power to be as fresh as the water of the ocean, cleaning the mud of habit from your daily life.”

As if in an almost modus operandi for Esma Project, Erik adds “In almost every single moment you can choose to smile. Happiness is your choice and happiness is free so waste it wisely.” ‘Happiness is Free’ is out now via all good digital retailers.

'Happiness Is Free' revolves around upbeat vocals and sharp funky guitar lead music. It exudes energy and fresh vibes, you just have to enjoy this one. 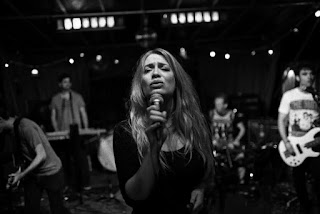 Alexandra’s vocal has crystal clarity, strong and with a unique rock edge she is a front-woman who brings real depth to Astorian. The music is bursting with catchy guitar riffs; spatial melodies, chasing drums and beautiful harmonies and throughout dark atmospherics they still manage to sound uplifting too. Their music is influenced by 90’s Brit Pop melodies and the romanticism of New Wave, citing bands such as Oasis, The Cure, Pixies and The Jesus & Mary Chain as inspirations.

Astorian however are very much on their own path finding a new way of mixing both nostalgia and current sounds with musical hope.  Astorian have already been well received by their home country Switzerland with numerous airplays across national radio stations including Couleur 3 and Retetre.

The band are currently touring the Night Flight EP in Switzerland and Europe with plans to bring their emotive live show with striking audio visuals to the UK later in the year. They have previously supported Motorama and Girls Names amongst others and for full upcoming gig listings check here.

This is a really pleasing EP with six fine songs included. Featured and title track 'Night Flight' pretty much typifies what's in store in terms of quality. The band also mix things up with some creative ideas, in what is broadly indie pop and rock.