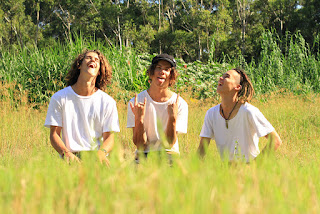 Background promo - Nelipot are a youthful trio of bare-foot, music enthusiasts from the Central Coast, New South Wales. Brought together on the beach side streets of Terrigal, the lads joined and began busking, to feed their need for grooves and to make some extra cash to supply themselves with kebabs and money for fuel.

Crafting and developing a unique blend of blues and alternate rock compositions, with funk and soul stylings, Nelipot produces distinctive as well as captivating pieces. This year, 2016, the boys have set their sights high and are aiming to increase their following enough to tour interstate, spreading positive vibes and their unforgettable grooves as far as they can possibly take them. Already, they’ve been privileged enough to support and share the stage with exploding national acts, such as: Kingswood, Tired Lion, Bootleg Rascal, Ocean Alley, and many more emerging artists. Yet Jordan, Benny, and Jordyn aim to make 2016 the year of headline shows, and sold out venues, producing the goods for any and everybody to boogie along to.

”’Coming Coast’, highlights the monotony of Coastal Culture, this being expressed both lyrically and instrumentally through structure, melodic contour, and repetitive chordal progression. All of which allude to the tedious, unchangeable cycles in which we have found our families, friends, and ourselves falling into here on the Central Coast.” - Nelipot

The song, “Coming Coast” ̧ is a catchy, alternate rock composition with slight blues & soul superimpositions. Essentially, the piece is about the rut that we, human beings, find ourselves caught up in. This song particularly refers to the home town of the artists, and the monotonous and unbreakable cycle of social norms and droning contemporary culture that has been formed around recreational activities (especially the nightlife) on the Central Coast. “Coming Coast” will be released 6th of May 2016.

Keep it simple. This is a catchy song with likeable vocals and harmonies, that glide above a gentle funky background and delightful guitars.

Background words - Lánre is a British singer-songwriter whose music can be described as acoustic Soul, Folk with captivating storytelling influenced by her Yoruba heritage. Born in Stoke-On-Trent in England, Lánre has spent most of her youth in Nigeria where she started singing and performing live at the age of 8. Soon enough, she started playing guitar and found freedom in her own voice.

In 2002, Lánre embarked herself on a worldwide tour as a member of award-winning UK collective GK REAL. This experience ignited in her the desire to pursue a solo career. Her debut album 'Pen Voyage Chapter One: Singing For Change' was released in 2011 followed by her critically acclaimed EP 'Home' in 2014 (praised by MOBO, MTV UK among others).

Her new EP 'Human' is set to be released on April 29th. This new record is a collection of uplifting songs, which encapsulates the essence and depth of Lánre's artistry. Relating the struggles and celebrations of life, 'Human' is a hopeful hymn to togetherness.

In the meantime, Lánre has recently unveiled the title track 'Human' whose signature phrase 'We're all broken so that light can come in' showcases once again her determination to offer the listener inspiring words to hold on to.

This is such a fine song. Vocally Lanre and the background singers deliver superbly, accompanied by delicate background music, until the rousing finish. 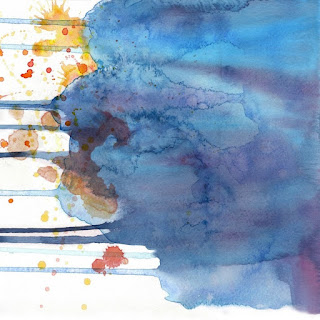 Words from Hanna - My new release is coming out shortly, and I'd love to share the first single 'ABCs'!

My favourite artists take their shoes off on stage ­and I'm always striving for that same kind of grounded authenticity in each project I take on.

Naked Bones, is the name of my debut EP. It is a quirky album that is serious about playfully exploring the darkness and hope we have within us. I'd describe 'Naked Bones' like a film score and indie pop going on a first date – dramatic, playful, with a rhythm that carries it forward.

Dealing with health issues and anxiety, I've chosen to create work that helps me cope, making it as fun as possible for myself and hopefully those around me too!

The forthcoming EP comprises of five songs of which 'ABC's is the first track (and single). It's bright, breezy as are the the next two songs on the EP, with the final two a little softer. Overall it is full of hooks, fun and extremely likeable music, where quirky meets quality in a big way. 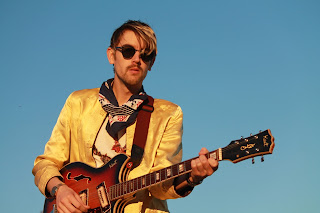 Background promo - Duke Chevalier (Sacramento) is the nom de guerre for the creative output of songwriter and multi-instrumentalist Sam Eliot Stern and a loose cast of co-conspirators.  Driven by a desire to make, “meta-modern cosmopolitan pop music,” Duke Chevalier inhabits a Bermuda Triangle of influences where the ghost ships of doo wop, soul music, singer-songwriter, garage rock, electronic, 80’s pop, G funk, and Afro-Caribbean music collide into an eclectic mélange that sounds simultaneously futuristic and primitive, and is imbued with a lyrical depth and identity that transcends the conventions of pop song writing.

Ace Of Swords is the first record by Duke Chevalier. The songs on Ace Of Swords were written and recorded during sporadic recording sessions at various locations between 2013-2014.  Duke Chevalier says the goal was to record something that “…sounds like music from the Super Sargasso Sea, where space/time boundaries dissolve and everything that ever has or will be exists in this compacted meta-present.”  Whatever that means.

Sonically, Ace of Swords has a very eclectic “dystopian chic” vibe.  Moog synthesizers growl along with gut string Brazilian folk guitars, and 808 drums dance with cantina horn ensembles.  Great love and affection is shown to the Vibraslap and other Latin percussion instruments.  “We tried really hard to conjure up a sonic space that was like a filthy river after a huge flood,” says Duke Chevalier, “…all these jumbled up influences and ideas bobbing around in this murky trans dimensional bayou.”

'Carneval' kicks off the five song EP 'Ace of Swords'. It's an incredibly varied collection of songs and defies categorising in any one (or three) genres. I chose to feature the first song as it gives a feel for the richness of the whole EP. Put simply get the EP if you only half like the featured song, it's a good one.