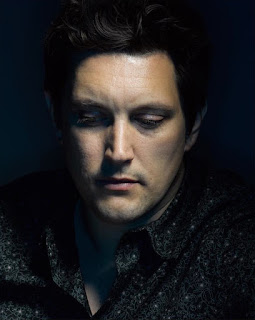 Josh Flagg - The Floor It Shakes.

Flagg focuses on the humanity of the characters and versions of himself in these songs. He’s looking for the right words, even when he knows they’ll hurt…especially when they hurt. It’s a darker, harder, more complex set of songs featuring a three pronged guitar attack, soaring vocals and asymmetrical songwriting.

Produced by Kieran Kelly (Sufjan Stevens, Better Than Ezra), Tracing Shapes’ sound pulled together as Flagg added a third guitarist to his live show. The three driving guitar lines allowed him to experiment with different rhythms and textures and encouraged him to push lyricism. On “The Floor It Shakes,” Flagg sings about the need to persevere through one’s faults and reoccurring mistakes. The single delivers exactly what Tracing Shapes is about - guitar driven modern rock with catchy hooks and melodies.

Of Josh Flagg's last EP (Lights Out) we said "Lush powerful guitar hooks and an equally powerful voice compete and compliment wonderfully throughout. Indie rock with a punch". The forthcoming full length 'Tracing Shapes' continues in that catchy mode, with ten more modern rock songs all demanding your attention, as they follow on from the potent opener 'The Floor It Shakes'. 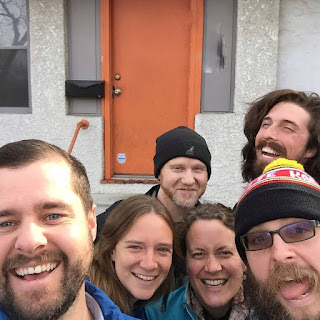 Background bio -  Wailing Loons create Music for Good, driven by a mission of writing and performing music that reflects and transforms society. The Loons are now six strong, with Dan on guitar and vocals, Emilie on vocals, Casey Pavek on banjo and vocals, Nick Neylon on upright bass, Erin Manlove on viola, and Matthew Marshall on drums.

2016 will be a huge year: in partnership with Eat for Equity and Oxfam America, the band returns to play #MusicForGood on the Solar Powered Stage for two nights of Bonnaroo. The Loons also headline the Wild Springs Festival, immerse in community at MBOTMA Festival, and return to raise money for local YMCA Camps at the 2nd Annual Prairie Burn Festival in Wisconsin.

Wailing Loons just released their debut mini-LP "Fire in the Cold" in April of 2016 after recording with Neil Weir at Old Blackberry Way. Here's to building a stronger community through music together!

Minneapolis based folk/bluegrass/rock band Wailing Loons, released 'Fire In The Cold' a wonderful album last month (April). Featured song 'Death Canoe' was also a single release. This is a band who come across as just loving to play, you can feel it in the songs. Musicianship is top class as are the delightful vocals and harmonies. If you are unsure about folk or bluegrass, tip your toe in the water with this album, there will be no looking back!