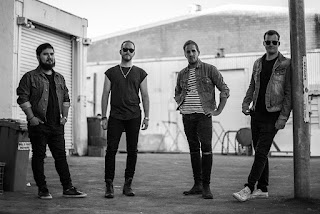 The Iron Horses - Any Other Way.

Background promo - The Iron Horses formed in early 2015 after numerous late night boozy jamming sessions. With a great enthusiasm for cheap bourbon and nothing but time to kill on a Friday night, a group of songs began to emerge. Duncan (vox/rhythm guitar), Ciaran (lead guitar/vox), Raul (Bass) Pete (Drums).

There was no shortage of ideas and the songs came through thick and fast. After months of gigging each and every one of Sydney’s bars, the boys had accumulated enough money to completely fund their debut EP. The energy that hits you is immediately captivating and none of this is by chance. With two albums of balls out Rock & Roll already written within a year, the hardest part was deciding which songs made the cut for the Stop To Start EP.

Each song tells a story, every harmony and riff reverberates inside you. The energy that hits you is immediately captivating and none of this is by chance. With almost two albums worth of material already written, songs were handpicked for the Stop To Start EP. The hardest part was deciding which ones made the cut. The easiest part was “where to record?” and “who with?” The bands second home House Fox Studios was the studio of choice, recording with the owner Ryan Miller. After several recommendations the choice of producer was a no brainer, ex-Thirsty Merc guitarist Sean Carey.

The live performance is a hard hitting, guitar slamming, melodic Rock & Roll spectacle. 2016 looks like it will be a huge year for The Iron Horses.

First of four tracks on the EP, 'Any Other Way' is fully energised, however it's anything but a live jam, where the band started out from. With a good ear for melodies the band deliver exciting well played (and sung) songs. The 'Stop to Start' EP will be released 27th of May 2016. 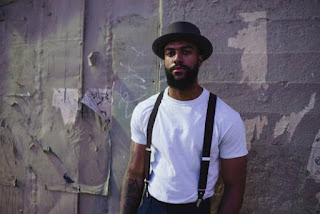 Background bio - Twenty-three year old Kwesi Foraes, a folk-soul singer-songwriter, grew up in Long Beach California where he submersed himself early into the music scene studying, folk, rock n roll, and blues.  Foraes spent years experimenting with different music styles and bands.  But after a surge of 3 family deaths all within a year, Foraes faced a hard internal battle while struggling to overcome his personal demons that almost took his own life.

Foraes at a point with few options of release searched for an escape & sense of truth in his music and found it like never before in darkest and most raw pockets of folk, expressing himself at the most vulnerable and visceral levels, embracing all truth and confronting all ills head on.  Writing in trances of personal experiences and vivid encounters with spirits of his past, Foraes dedicated the last 4 years to bringing a perspective that is rooted far beyond just the music.

I was so blown away by the the song 'Pentacle 13' featured here back in early April, that the opportunity to feature another song from the excellent forthcoming six track EP is irresistible. 'Heroin' demonstrates the exciting talent that Kwesi clearly has. It also shows he is capable of developing and delivering quite inspiring music on more than one occasion. Clearly one person to watch out for.