Background promo - Selected as Portland Oregon’s 2015 Best Emerging Alt Rock Band, LiquidLight has momentum and they aren’t stopping any time soon. Their newly released first full length album, Uninitiated showcases a band with tremendous potential as a pop-rock powerhouse. Referencing post-punk and alternative bands such as Husker Du and The Replacements, LiquidLight has been described as “melodic, thoughtful and jingle-jangly as well as shred-crazy and powerful”. Founder Anthony Medici’s catchy song writing style and lead vocals steer the tight musicianship obvious in the band. LiquidLight has managed to produce an album that is not quite like anything else hitting your ear drums lately, pursuing balance and clarity with respect to great rock tradition and a sound uniquely their own.

In an age where popular culture pushes to “out-extreme” the latest and greatest, LiquidLight pursues balance and clarity with respect to great rock tradition. With a high standard of execution, strong melodies and elements of psychedelic and alternative influences, the music conveys a new, yet referential optimism.

Songwriters Anthony Medici and Cory West, the leading forces of LiquidLight, are each highly accomplished multi-instrumentalists backed by an explosive and versatile rhythm section - drummer Zack Rodrigues and bassist Gage Dean. Medici's lead vocals lend a cryptic yet powerful element to the sound and structure of the band, echoing the melodic sensibilities of the college/alternative era.

The songs and album have been around for a few months, however they must have passed me by first time around. Anyhow, catching up on them has been more than worthwhile. The featured song 'You Never Remember' has an addictive laid back melodic, indie rock feel to it. The band are more than able to deliver more punchy material along the way, as demonstrated on the current album 'Uninitiated' which mixes up the rock'n'roll, keeping the listener in expectation of what's to follow. 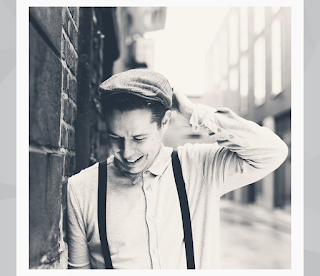 Background words - They last recorded together back in 2012 creating the electro-swing classic Delight. Now, this year Jamie Berry (Electro-Swing producer & DJ from Leeds), teams up again with enigmatic singer Octavia Rose with their new single through Flak Records 'Lost In the Rhythm', which will feature on their upcoming debut album later on this year!

Fusing original vintage style vocals, horns, and Gypsy guitar, with contemporary analogue bass synths and energetic beats Lost In the Rhythm is Jamie’s biggest production yet, and is the start to a very exciting first album!

This is such a fine song, what's not to love about it. Octavia Rose's vocals are so well suited to this style of song, whilst Jamie Berry delivers a wonderfully rich take on swing. Vibrant throughout the song is a roller-coaster of  swirling musical vibes that non dancers will struggle to stay still to. 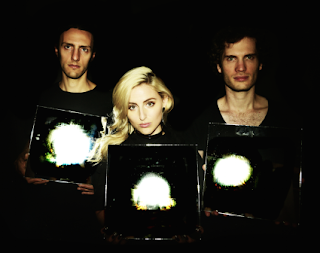 "Quarks" has achieved massive viral success as it was featured on Spotify's New Music Friday and Weekend Buzz play lists last week with over 149K listens to date. The three members of SKYES like to say that their band was born in the back of a van, somewhere in the middle of America.  More specifically, they describe, “where the drive from New York City to Los Angeles really starts to take hold, right around Joshua Tree.”  So, maybe, SKYES is a perfectly appropriate name, illustrative of an endlessly talented trio whose music the 405 has called “a mysterious, holy-like experience.”

Formed in 2010, SKYES is comprised of Dallin Knightly (vocals/piano), Dan Tirer (guitar) and Artie Fleischmann (bass). Dallin and Dan grew up in the Philadelphia suburbs, while Artie’s first musical playground was about 150 miles up 1-95, in Long Island.  After playing together in bands like Funky Butter and Emanuel and the Fear, Dallin and Dan joined rocker Ryan Star’s touring band, where they met Artie.

Since their inception, SKYES has evolved from a ragtag sleepless rock and roll rebel rousers to an experimental synth-pop powerhouse, releasing several acclaimed digital singles and an eponymous EP along the way.  Drawing on influences like Tom Waits, Talking Heads and Radiohead, SKYES has perfected a sound that is as powerful as it is ethereal, highlighted by buoyant rhythms and Dallin’s seductive, silky vocals.

Title track from the EP and previous single release, 'Quarks' is a good indicator of the fine quality of material contained on this five track EP. The band can mix up the energy, moods and rhythms, and are not afraid to experiment within what is broadly synth-pop music. It's a good collection of songs, from a band who have clearly honed their skills and know how to write and produce some very good material.