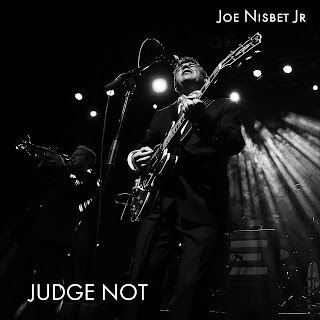 "The positive things people said about the first album gave me the confidence to start writing and recording my own material, which turns out to have a different sound, but doesn't stray far from the usual obsessions - good times, regrets, early r'n'b, drinking, and a bad attitude to authority.

Given the nature of the lyric, I knew the song had to be urgent and honest, so we recorded it very quickly and very live with a group of good friends who just happen to be brilliant musicians - they contributed a level of personality and attitude that you don't often get in the studio - and I think that comes across - although it sounds like a badly behaved gospel meeting in a New Orleans hip-hop club, it's actually a punk record at heart."

“Judge Not just got my bones, makes me happy. I don't why, but I'm crazy in love with this song. I can't remember when something last made me feel so happ!!! Tell your friend,it's such a wonderful song, I haven't danced alone like this in years!!!xxxxx   I got to stop playing it or I'll wear it out...just one more time though....here we go again.....”

As it says above 'Judge Not' is Joe Nisbet Jr's first self penned song, and wow what a superb start! It's got the hooks, melody, upbeat feel good vibes and every other expression I so often use, to describe a song like this. "Follow that" I think to myself, and somehow I reckon Joe may very well do so. 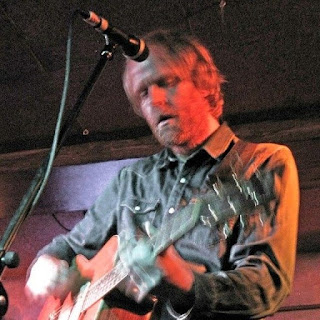 Background  - Late Hala are a Psychedelic/Rock band from London formed in 2015.

Late Hala are cousins Dan and Alexi from London town who started playing guitars together at an early age through a mutual love of the blues scale. Unfortunately life got in the way and a ten year break ensued until 2015 when they both found themselves living in East London.

Using Fuzzy Guitars, Pianos, Delay Pedals, Xylophones, Organs, Samples and accidentally recorded police sirens they created their debut EP 'Dark Clouds'. According to the bands Facebook page, they are now in the process of recording their debut album.

'Good Thing' is a brand new song from Late Hala, and what a fine song it is. The psychedelic vibes are there from the start, along with something of a sixties American West Coast feel, in part due to the harmonies, and a pretty cool achievement for a band from my old home, London. It's always a grand thing when a song ends leaving you wanting to hear more and Late Hala have done that for me! 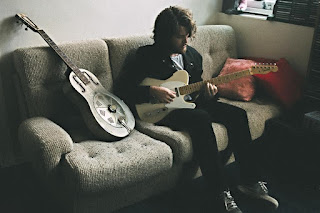 Background promo - Sydney based blues-folk troubadour Cameron James Henderson is pleased to announce the arrival of his debut album 'Storm Rollin’ In'. No stranger to the stage or studio via his many contributions to the work of others, 'Storm Rollin’ In' follows Henderson’s first venture into solo territory after 2014’s well received 'Distorted Hope Blues'.

Recorded in the Blue Mountains inside a solar powered cabin deep in the bush, the new twelve track collection was produced by much loved folk-artist and good pal Chris Gillespie. Dynamically moving from stomping band tracks to Dylan-esque finger pickers, the record features minimalist arrangements mixed with spontaneous elements of rain, birds and other mountain sounds picked up during the sessions. 'Lifeboat', with its signature pulsing guitar lick, is the first single to be lifted that embodies the raw ‘in the moment’ production and honest feel that reflects Henderson’s piercing songwriting style. Cameron says of the track “Lifeboat is about broken relationships and the frustration of not being able to fully understand someone you love. It looks forward to a time when the brokenness of this world will exist no longer and hopes for the lifeboat to arrive to save us from the rising waterline.”

Boasting a resume that includes forming the psych-surf blues band ‘Dubious Blues Trio’, who released an album in 2014 with the instrumental cut 'Shoemound' airing on triple j, Henderson also composes for film while keeping his chops up with Zombie Cats, Chris Gillespie, Sam Newton, Lyre Byrdland and the Mogadishu Family Band. With a string of launch shows in New South Wales, Canberra and Victoria this week Cameron James Henderson is well and truly set for a busy Spring and Summer. 'Storm Rollin’ In' is out July 15 via all good digital retailers and on CD via Bandcamp.

The clarity between guitar and vocals makes 'Lifeboat' something quite special. I love the power within the song despite the initially understated soundtrack. Cameron's vocals are just right for a song like this and the developing blues feel as the song progresses, is for me, the icing on the cake. 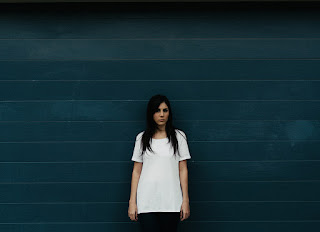 Written from an outsider’s perspective, the song’s lyrics, “I can’t save you tonight” pave the way for its thundering climax, and further showcase her fierce and brooding signature sound introduced in her previous release ‘Waiting For You To Run’.

‘Waiting For You To Run’, Georgia’s debut single, saw her receive fervent support and airplay at triple j and triple j Unearthed Radio. Following a hugely successful launch show to a sold out crowd at The Odd Fellow in Fremantle, Georgia went on to grace the stage as support for the likes of Olympia, triple j’s KLP and Stillwater Giants.

Produced by James Newhouse at Reel2Real Studios and Mastered by Grammy Award Winner William Bowden at King Willy Sound (Gotye, Little May, Empire Of The Sun, Children Collide), ‘Helen’ is a story of lost hope, lost control and a young lost soul.

Second time around on Beehive Candy this year for Georgia Reed, this time with the new song 'Helen', which is due for release on the 5th of August 2016. Georgia has wonderfully distinct vocals and she makes full use of her range with this powerful song. The song may be intense and dark in part, but it builds into a storm of emotion, with anthemic dimensions, love it.