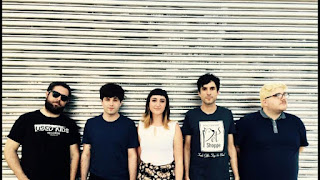 Background - Four great bands, two great labels and two continents meet on this stellar mini-LP. Frequent collaborators Slumberland Records and Fortuna POP! team up to bring you 'Continental Drift,' a smashing eight song sampler of some of the finest pop out there in 2016.

Baltimore's Wildhoney have been making music together since 2011, forging a fresh sound from raw materials of shoegaze, punk and good old indiepop. 2015 saw the release of their debut LP and follow-up EP, and now we've snagged two top-quality exclusive tunes for this compilation.

'Horror Movie' is a nice slice of dreamy indie pop. It's one of two songs on the forthcoming "mini sampler" album, and considering who they are sharing space with, this could well be a pretty special collection of songs. 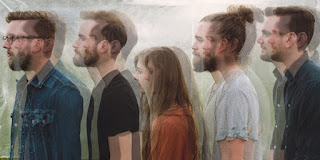 Background - Nashville alternative group Birdtalker has released its debut single, "Heavy," and announced the release of its debut EP, Just This.

Since releasing on June 24, "Heavy" has amassed over 240k streams at Spotify, debuting at #19 on the Global Viral Chart, and #26 on the U.S. Viral Chart. "Heavy is about embracing vulnerability and choosing to act from a place no longer tethered to resent, doubt, or insecurity," reflects Birdtalker's Zack Green. "It’s about choosing to live from a place of acceptance and peace over fear." The group's debut six-song EP, Just This, was recorded in Nashville at Glass Onion Recording Studio with co-producers JD Tiner (Erin Rae) and Dan Fernandez (Great Peacock), and will be independently released on August 19.

Birdtalker began with Zack and Dani Green, a newlywed couple, writing a few songs together in their spare time. Friends in Nashville began to take notice, and the duo quickly grew into a five-piece. In its brief time performing together Birdtalker has had notable appearances opening for The Strumbellas and Escondido. Looking ahead, the band will announce an EP release show in Nashville in support of Just This EP.

'Heavy' is the single release and the second track out of six on the forthcoming EP. This is a fabulous song, with stand out harmonies and a beautifully delivered soundtrack. Powerful and emotional alt rock, the EP is keenly awaited. 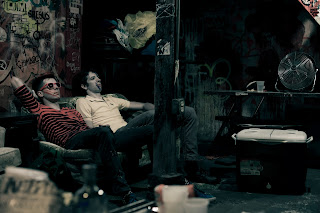 Background bio - “We don’t do things the easy way” is somewhat of an understatement for the intercontinental electronic band Eight Bit Tiger. With their new record Move Dance Feel, the band has shown that making a great album is no longer constrained to physical proximity, but can be accomplished in the cloud.

Inspired by the funk band Chic and pop legend Michael Jackson, Eight Bit Tiger has taken a strong influence from the annals of music history. The band’s sound is a mixture of 70s funk and 80s inspired electropop combining signature bass lines with vintage synth sounds.

Eight Bit Tiger was formed in 2011 in Chicago, USA by the Widman brothers Erik and Kent who were at the time transitioning from their indie rock roots. Following great praise of their debut album, the band changed course when Erik moved to Stockholm, Sweden in 2012. Determined to keep the music alive, the brothers built two recording studios in their respective apartments 6888 kilometers apart (for American readers, that’s 75328 football fields). The music had now left the physical plane and entered the digital cloud. Sonic experiments and song ideas were sent back and forth, like synapses between neurons, ultimately leading to the creation of Move Dance Feel, three years in the making.

The new album harkens to an era of high tops, colorful leg warmers, and dreams where anything was possible. Simultaneously, the human factor is counterbalanced by a glimpse into the sonic future from a 80s perspective, where robots have taken over and created a sound of their own. While the band’s previous release Parallel Synchronized Randomness sounded more like a rock band wading into the shallow end of the electronic music pool, Move Dance Feel, is a synth-heavy swan dive into the deep end.

Well if the song 'Move Dance, Feel' has done anything for me, it's made me feel younger than I am. It's one of seven sonic delights that ooze retro sounds, thanks to the vintage synths in part, but mainly due to the infectious enthusiasm behind each song. 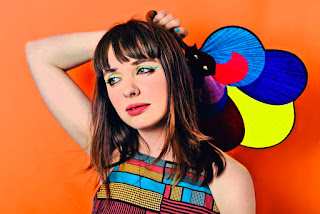 Background - Welsh singer-songwriter and multi-instrumentalist Georgia Ruth has announced a new album Fossil Scale, due for release on October 7, 2016 via Navigator Records. The record is the follow up to 2013’s Welsh Music Prize winning Week Of Pines - a feat Georgia never contemplated she’d achieve for her critically acclaimed, bilingual debut album. The record prompted The  Guardian to tip her as ‘One of the British folk discoveries of the year’, with Georgia going  on to be twice nominated in the 2014 BBC Radio 2 Folk Awards, alongside radio support across Radio 1 and BBC 6 Music. UK live dates to support the release of Fossil Scale are expected to be announced shortly.

Switching out her previous go-to writing tool - the harp - for a piano in search of a more expansive yet ambient sound, Georgia headed into the familiar setting of Snowdonia’s Bryn Derwen Studio in January 2015, to lay down the foundations of what would become Fossil Scale. When the sale of the studio just 5 days into recording threw plans awry, recording time was then split between studios in London and Cardiff – in the case of the latter, at friends and collaborators Manic Street Preachers’ Faster Studios (Georgia sung on ‘Divine Youth’, a track that featured on the Manics’ Futurology album). The album was finally pieced together in Mwnci Studios, co-produced with Italian producer Marta Salogni (Phil Selway, Eliot Sumner) and long-time collaborator David Wrench (Caribou, Bat For Lashes) some 11 months after those initial sessions began.

'The Doldrums' is a such a wonderful song. The gentle understated musical soundtrack, has glimpses of it's own beauty, and provides the perfect foundations for Georgia Ruth's exquisite vocals. The album Fossil Scale is released on October 7 via Navigator Records, definately one for the must have list. 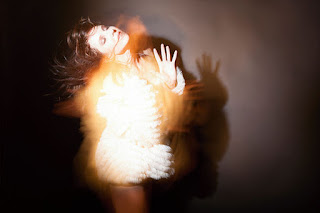 Katie Burden - I Can See It Clear.

Background bio - Katie Burden’s stylized atmospheric rock and shamanistic delivery often conjure up the ghost of Jim Morrison but in a modern context, falls somewhere between Bat for Lashes and Joan As Police Woman.

After being raised in a small hippy town in Colorado, Burden spent her formative years bouncing around NYC and later San Francisco. In 2012 she moved to LA and after attending a meditation retreat, synchronistically fell in with a group of blue chip musicians including drummer/producer Norm Block (Mark Lanagan, Sweethead and Jenny Lee of Warpaint) and guitarist Jen Turner of Here We Go Magic and Exclamation Pony.

Katie happened to have hundreds of song sketches recorded as voice memos on her phone and after she played them for her new friends there was no looking back.  Block stepped into the role of producer while Turner helped flesh out the recordings that became Burden's debut EP My Blind Eye. The 5 song set was released on Norm’s Cautionary Tail label and was met with critical kudos from Buzzbands LA, Impose and a video premiere on USA Today who noted the debut had a “mysterious, experimental appeal.” The EP also made a fan of Jenny Lee (Warpaint) who asked Katie to sing backup vocals on her newest LP right on!

Katie toured My Blind Eye up and down the West Coast, being welcomed into major musical hotspots including The Deer Lodge in Ojai, Hotel Utah in San Fran and El Cid back in LA where she opened for Jenny Lee. Upon her return she felt pulled back into the studio where she began tracking her follow up full length, Strange Moon, with her now tightly-knit band of collaborators. The dark and moody undercurrents of the new material called for Burden to dig deeper into her emotional well, something that she struggled with when performing the songs. “I have a hard time feeling emotions sometimes” the songwriter notes. “Art makes me less afraid to feel and also less alone.”

'I Can See It Clear' is from the forthcoming album Strange Moon, that is being released via Cautionary Tail on September 16. The featured song has a very haunting alternative feel to it, making it difficult to catagorize in any one genre. The above bio's decription of the music being akin to "Bat for Lashes and Joan As Police Woman" becomes apparently clear as the song progresses. Whatever... it's a must play again (and again) song for me.