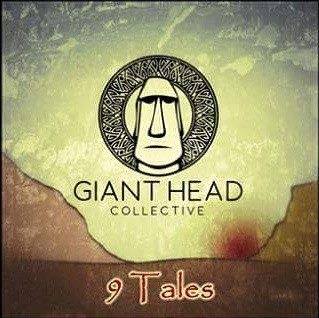 Background - Giant Head Collective are a group of musicians who have come together to write and perform a unique crossover style of music.  We blend Americana and Rock with a Celtic undertone. Our philosophy is, that no matter what we do, it has to have a strong sense of melody.

One minute you could close your eyes and think you are in Seattle, and then travelling via the Appalachian Mountains across the Atlantic to Scotland.  If you love to listen to music that takes you on a musical journey, then please check us out.

From the bands latest album 9 Tales (released last month), we feature the song 'This Time I'll Fight'. This is such a fine album comprising of course of nine songs, that the band describe as, a blend of Americana, Seattle Rock and Celtic Rock. The band have clearly worked hard in developing their sound which really does defy categorising, however one things for sure, they create consistently good music, as the album ably demonstrates. 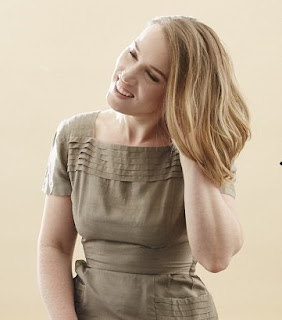 Background bio - Emma Cook knows what it means to struggle. The Toronto indie-folk singer was well on her way to making a name for herself before a falling tree branch caused a serious head injury and forced her to take a hiatus from music to focus on recovery. After a three year battle with Post-Concussive Syndrome, Emma is releasing a two-part EP this summer and fall of 2016. The first installment, Counting Sheep, showcases Emma’s storytelling ability and beautifully expressive voice. Produced by Mitch Girio (Emma-Lee’s Never Just a Dream) and supported by amazing guest musicians Gary Craig (Kathleen Edwards, Jann Arden), Christine Bougie (Justin Rutledge) and Bryden Baird (Feist), the EP leaves us wanting more, so it’s a good thing that the 2nd installment will be available in a few months. The cover of Counting Sheep, in stores now, shows a single tree branch, an ode to the artists ongoing fight to recover from her injuries and the power of music to get us through the hardest of times. 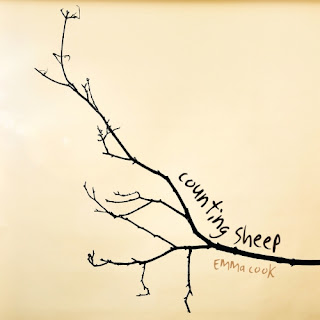 Before her injury, Emma had logged over 100 shows across Canada, the US and the UK and had official showcases at NXNE, CMW & Indie Week. She was a 2008 Toronto Independent Music Awards nominee and received an Ontario Arts Council grant to record her second album “Hit & Run.” Written and co-produced by Emma, both of her albums have garnered fantastic reviews and sought the attention of campus radio, CBC and the Verge on XM Satellite Radio. The Ontario Arts Council again backed the young artist, awarding her an International touring grant which took her from Toronto down to Mississippi and back in Feb and March 2009, with stops at SXSW, and NYC’s famed Bitter End.

In early 2016 Emma began writing songs again. “They just started pouring out of me” she said, “I am channeling all of my loss and frustration, all of the pain and hardship of the last few years.” Emma will be going into the studio to record later this year and hopes to release her third full length album in 2017. Bandcamp page Here.

The EP 'Counting Sheep' opens with the beautiful song 'Sixteen'.  Emma has an infectious voice and pens thoughtful and engaging lyrics. Musically the songs just glide along, in part because of the skilled musicians and also the terrific production. As a foretaste of what might be on her third album, this is a teasingly good collection of songs. 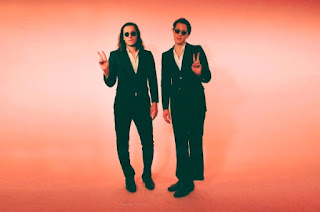 Background promo - Far from the poor man blues such title would suggest, Tempesst approach their latest with reckless abandon and full-bodied revelry. Following back-to-back #bangers, ‘Tidal Wave’ and ‘Too Slow’, new single ‘Broke Down Blues’ celebrates the strange euphoria encountered at breaking point, or somewhere thereafter. Down and out, but richer for it.

“It’s an ode of sorts,” explains vocalist Toma Banjanin. “It’s meant to feel more liberated and triumphant than a whining, entitled artist crying about not having any money. It doesn't represent breaking point, it's celebrating what's already broken.” Since ‘breaking’ onto the scene mid–2015, Tempesst have worked their way up the proverbial ladder; hotly tipped, ones-to-watch-listed and publicly adored by the likes of Noisey/VICE, DIY, NME, Drowned In Sound, BBC Radio 6 Music (Lauren Laverne), Radio X (Maz Tappuni, Communion Presents) and triple j.

Fresh from The Great Escape, NME Awards 2016, Live At Leeds, Liverpool Sound City, Bushstock Festival and recent tours with Albert Hammond Jr and Gary Clark Jr, Tempesst announce a new London headline at Moth Club on September 29. It follows two sold out shows (their first ever headlines), the latest of which called on support from Tame Impala’s Jay Watson under his solo moniker GUM.

There is a little bit of swaggering confidence with the song 'Broke Down Blues', and that's understandable as it's got so much going for it. Melody and hooks galore and a chorus line that just takes it all up another level, and a massive feel good factor makes for one very good song.