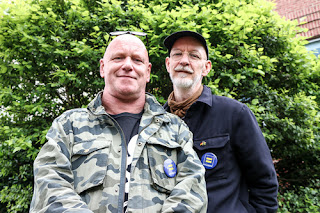 Background promo - On October 14th Kompakt present The Orb’s 16th album, COW / Chill Out, World!, which marks a creative renewal for the duo. It also features contributions from Youth and Roger Eno, and is encased in minimal ‘ambient cover art’ courtesy of The Designers Republic.

Despite apparently clear connotations to their history, influences and peers (like Alex Paterson’s uncredited role in the KLF’s ‘Chill Out’ album, or the cover cows of Pink Floyds ‘Atom Heart Mother’), the album’s title is actually an instruction, or at least a friendly suggestion. Whilst Alex calls it “a protest album in reverse”, Thomas Fehlmann further explains, “We didn’t intend to rehash old chill out vibes. On the contrary. It’s the 21st century and it seems like a good idea for people to sit back and chill the f out, before continuing to act destructively. To chill out is to act consciously, guided from a calm centre.”

Featuring only the occasional presence of buoyant, gently rhythmic pulses and loops, Alex Paterson describes COW as “Our most ambient album yet”. Sounds bubble, flutter and float through various atmospheres and moods, from bucolic and picturesque, childlike wonderment, the texture of bygone memories, to the universe’s infinite depth.

COW’s creation came together in different circumstances with a different working method to their last album. As 'Moonbuilding 2703 AD' was originally commissioned by the English National Opera, the duo immersed themselves in that new world and maintained a close, continuous dialogue with the opera’s orchestrator and technicians. The production fell through due to budget cuts and the recordings were then adapted for album format, hence its 6 year gestation period.

COW on the other hand, took just 6 months to make. One of main reasons for its speedy completion was Alex’s recording of sounds whilst touring the world, straight to Ableton, using his iPhone. Field recordings were easily captured, whilst the countless hours of ‘downtime’ travelling, or at sound-checks became valuable moments for spontaneous creative laptop productivity.

'5th Dimensions' will be one of ten tracks on the bands sixteenth album, and boy is it a good one. If the album is as ambient and pleasing as this piece of music, I will be one very happy person. If  people can't chill out to this, then they really should pause, for thought! 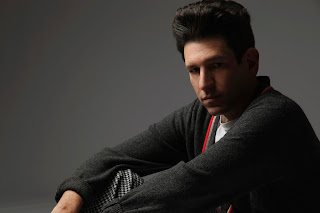 The Grand Undoing - Most Of All We Just Go Around.

Background - Seth Goodman, who records as The Grand Undoing, has two extreme passions in life: drinking sparkling wine and creating psychedelic post-rock Americana confronting alienation and mortality. This strange mix, the bubbly and brooding, has become the stock-in-trade of TGU’s growing catalogue.

An only child, Goodman leaned hard on his record player while coming of age just outside Boston. The area’s free-form college radio and vibrant club scene also had a profound effect. The final piece fell into place later in life when Goodman developed a deep affinity for classic country and roots music. All these influences would swirl and collide with his deeply entrenched outsider's sensibility to form The Grand Undoing’s distinctive sound.

First came 2011’s Appeasing the Sick, then 2014’s White Space Flavors and Parties on TV. Both made bold musical statements that landed in the vicinity of “David Bowie on acid backed by the Swans” (Indie News At Noon.) With his latest release, Sparks Rain Down from the Lights of Love (out on Secret Candy Rock Records), Goodman manages to push his musical boundaries even further. He romps from style to style but never abandons his love of the almighty hook and cohesion – albeit the cohesion of constant upheaval.

When reflecting on the heady topics presented in the new material, Goodman explains that the end result is meant to uplift and inspire. He hopes The Grand Undoing’s music will provide a cinematic escape, make great driving music, or be the perfect accompaniment to a bottle of sparkling wine.

One of ten genre hopping songs 'Most Of All We Just Go Around' is a fine song, however it can only scratch the surface of the music from The Grand Undoing. The one constant is the quality, otherwise this is a little like a restless child who cannot sit still, always off trying something else out. In this at least we are left with great songs and don't have to do much parenting.

Background - Over the last 18 months Tim Muddiman has released, written and produced a vast amount of work. Tim and his band have regularly impressed publications in The UK, USA, Canada, Australia, France, Germany, Mexico, Ireland and Belgium as well as having worldwide radio play and also support from BBC Radio 1 and BBC Radio 6.

Paradise Runs Deeper is a deeply crafted album with songs of survival and healing. Big blues guitar riffs and sometimes dark modern grooves and modern production have brought this album to have its own unique sound and character.

Tim Muddiman and The Strange is best described as a combination of genres and is ultimately unique. It has its own sound that is not immediately categorised. It is fresh and song driving with heavy trem guitar hooks, crafted drum breaks and clever studio programming. Tim Muddiman is also a producer and musician for Gary Numan, Pop Will Eat Itself and various other projects. Influences can heard from Bjork to Fleetwood Mac to Nine Inch Nails and also 80's electro and blues. The band consists of other musicians from a professional touring back ground. If you like good music . You'll like this band.

From the forthcoming album release 'Paradise Runs Deeper' I have chosen the song 'Hand And Claws' that appeared on YouTube back in late April. It really is a challenge to try and describe the overall sound of the album, thirteen songs vie for your attention, each one having its own attributes. I guess the feeling I have is that of something quite deep, powerful and at times emotional, whilst never to dark. There are a few other music videos by Tim Muddiman (here), that give more incite into this creative and intriguing album due for release on September 9th. 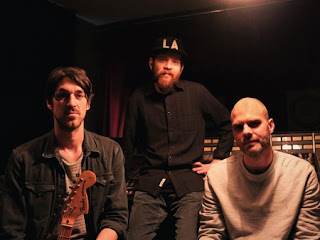 Background - Cubicolor present their debut album - ‘Brainsugar’ - to be released on September 16th on Anjunadeep. Cubicolor have emerged as one of the most exciting acts to come through the European underground in recent times. Championed by Pete Tong as one of his artists to watch, praised by Mixmag, Spin, Clash, and DJ Mag, and supported by a host of heavyweight DJs, Cubicolor look set to break through with their anticipated debut LP.

Having launched in 2014 with two members, Dutch producers Ariaan Olieroock and Peter Kriek, Cubicolor now welcome British vocalist , and former Duologue front-man Tim Digby-Bell into the band as their third member, following much loved collaborations on ‘Falling’ and ‘Mirror Play’ over the past 12 months. In his time with Duologue, Tim produced, co-wrote and sang on two records acclaimed by the likes of The Guardian, NME, DIY Mag and The Line Of Best Fit.

On ‘Brainsugar’ we hear an evolution in Cubicolor’s sound across a host of diverse and infectious tracks, combining beautiful songwriting with brilliantly cohesive clarity, echoing their influences; Radiohead, Massive Attack and Moderat to name a few. Tim’s lyrical depth and haunting vocal style shine throughout the album, which features 8 vocal tracks and 4 instrumentals.

Throughout August and September 2016 Cubicolor bring their well-honed electronic sound to venues large and small across North America for a DJ tour, including a string of underground club shows and notable festival performances at Electric Zoo and Nocturnal Wonderland where they perform on Anjunadeep label stages alongside the likes of Âme, George Fitzgerald, Lane 8, HVOB, Henrik Schwarz and Yotto. Cubicolor are currently developing a full live show to be launched later this year.

I can see the freely admitted Radiohead influences in the song 'Dead End Thrills', that said this is a lush and beautiful song that oozes melodic vibes. Add me to the list of those keenly anticipating their debut album.