A Couple Of Good Ones: Otis English - The Persian Leaps 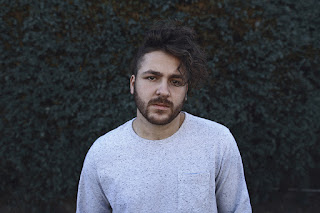 Background promo - Otis English speaks to the darkness within while simultaneously dragging you into the light. With a big voice, beautifully twisted lyrics and a natural storyteller approach to performing, Otis has arrived in time to replenish the current well of truly meaningful artists. If his voice doesn’t break your heart, his lyrics, a window into his strange and nomadic history, definitely will.

Otis’ upbringing was far from ordinary. His history reads more like a chain of mishaps and tragedies than it does the upbringing of a songwriter. From accidentally burning down his childhood home to watching his father’s health drastically deteriorate while living out of his car, Otis doesn't glaze over the negative and the challenging parts of life. Instead, he takes those experiences and makes them bloom into beautiful melodies. With a pen and a guitar, he turns discomfort into something beautiful and relatable.

This wanderer now sets out a bold, new adventure. Otis will be releasing his debut EP in collaboration with indie label Crooked Paintings. This upcoming collection of songs is cinematic, but unapologetically gritty in the best kind of way. It’s catchy, inspired, and exactly what you want to hear from an artist who demands your attention, not with antics, but with honest, insightful stories and an undeniable voice.

'Young Kids, Old Love' starts out with plenty of energy, and just builds from there. It's a melodic indie style song, with unrestrained commitment and very distinctive vocals, that carry the whole thing off. 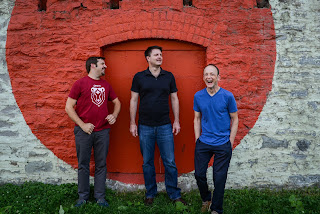 The Persian Leaps - See Me Unaware.

Background - “Your City, Underwater” will be available September 16 on CD and digital, but the single, “See Me Unaware” is now out. “The Persian Leaps” began as a phrase singer/guitarist Drew Forsberg doodled in a notebook margin during a college Greek Archaeology course. He wrote music independently under that name for years, until finally assembling a full band in 2012 to perform and record driving, chiming music influenced by My Bloody Valentine, The Smiths, Guided by Voices and Teenage Fanclub.

The Persian Leaps adhere to a disciplined schedule of concise releases: each fall brings an EP of five songs totalling fifteen minutes or less. In 2013, the Persian Leaps released debut EP Praise Elephants, which NME Magazine described as a “celestial guitar jangle”. The band completed a follow-up EP Drive Drive Delay in 2014, praised by XS Noize for its “instantly catchy melodic harmonies layered on top of droning guitar.” In 2015, the band released High & Vibrate, an EP championed by The Big Takeover for its “big-time hooks, upbeat attitude, classic power-trio punch.”

There is a full on indie rock, feel to 'See Me Unaware'. Not surprising with a classic power trio delivering the goods. What is a plus is, the fine vocals and harmonies that equally deliver the melody, along with a tight rocking feel. The EP sounds promising.