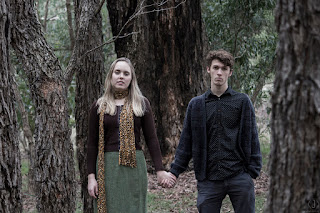 Background promo - Indie pop duo, Yellow Castle, formed by Peter Money (19) and Emily Matthews (21) from Perth, WA have released their catchy debut single ‘Restless Creature’ into the wild world of music through The A&R Department. Money and Matthews have been in the Perth music scene for a few years recently branching off from Rich King Matthews to become a duo.

‘Restless Creature’ speaks of the calm at the end of an anxious spiral, where the “what ifs” and fears that keep you up at night, are dulled by the support of those you love, and who love you. The track was recorded and produced by Sam Wylde at Dalkeith Road School of Music, who says of the pair, “they deliver a really nice blend of catchy hooks, clever lyrics and smooth harmonies, a super exciting new band.”

Fuelled by dreams, camomile tea and backing of the ones who mean most, Yellow Castle’s future plans include an EP and global touring. They have already dipped their toes into the music scene with a handful of shows in their hometown and a taste of interstate touring at The Horse in Surry Hills. August will bring them a month’s residency at The Good Shepherd in Perth, a slot at the Monkey Bar in Mandurah and everything else that they can get their hands on. “Restless Creature” by Yellow Castle will be released 26th of August 2016.

I'm not sure whether to describe this as indie folk or indie pop, I guess what really matters is how good 'Restless Creature' is, and in my opinion, this is a beautiful song. Yes the modern folk twist is there, along with a feel good, upbeat mixture of singing and playing. Its a definite play again, which perhaps is the best measurement. 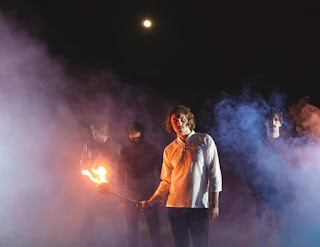 Background - Bury/Manchester based psych-rock quintet Ethan & The Reformation are pleased to announce the release of their debut single ‘Hollandia’ which is out now via Bohemian Sex Club on all good digital platforms. A captivating five piece whose retro pop/rock sound pays homage to the greats of the era including The Doors, The Beatles, The Rolling Stones and The 13th Floor Elevators, in a comfortably familiar, yet refreshingly new take on psychedelia, souped-up and over-driven for the modern age.

‘Hollandia’ was recorded at Manchester's Vibe studios and was produced by Dean Glover and mastered by Pete Maher, whose impressive roster includes The Rolling Stones, U2, Jack White, Noel Gallagher, The Killers, Beady Eye, Paul Weller and many more. Formed in September 2015 by frontman and rhythm guitarist Ethan Davies, the song writer struck up a friendship with lead guitarist Mick Mac in July 2013, whilst both performing at Wonderwall Festival in Flensburg, Germany on a bill that was topped by Jefferson Airplane. Two years passed before another chance meeting between the pair at Liverpool International Festival of Psychedelia.

A week or so later at Mick's home, they began to develop songs written by Davies, where it quickly became apparent to them that this was something they had to pursue. After a handful of meetings, they had demoed four tracks with which they approached bassist James Cordeiro and drummer Thomas Oliver Gorton. Davies had known both from around Manchester and was immediately struck by their unity as a rhythm section, moving quickly to recruit the pair. The line-up was completed with the addition of Jack Wakeman, nephew of Yes keyboardist Rick Wakeman, on keys.

With gritty vocals and a mean guitar riff 'Hollandia' notifies the listener in seconds of which direction the song is going. Harmonies add some more colour, whilst everything else unashamedly marches on with real rock'n'roll attitude. 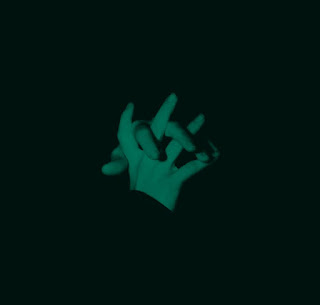 MERGES describes the song as “That feeling when you’re in a relationship that’s becoming worse each day, but neither person is breaking it off or even wants to admit it's not good."

Originally from South Dakota, Kelsey Merges moved to Nashville in her teens and has watched Music City evolve from a town known only for country music, to a haven for independent artists pursuing music of all genres. MERGES’ brand of dark-pop draws influence from artists such as Banks and James Blake, and she blends electronic, R&B, and pop melodies on this new project.

Soft melodic vocals drift above a somewhat darker musical soundtrack. 'ATL' is a creative and pretty individual song, that only becomes a little more mainstream with the harmonies. This is a strong and quite powerful debut single, that suggests we really should expect to hear more. 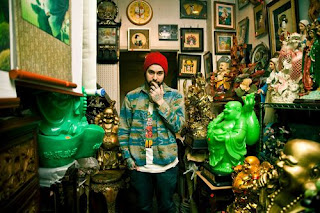 Background - Following the stunning success of his previous full length album releases, Edamame is joining up with experimental/ambient electronic music powerhouse Emancipator for the next release on his Loci Records imprint.  "Ochre" is now out for streaming and purchase.

Ironically enough, the man behind the downtempo "Ochre" album comes from a metal/rock background, having begun the Edamame project after years on the road touring with various bands. "I always had a soft spot for ambient and more chilled out melodic music though, even when I was surrounded by screaming and heavy guitar riffs," he told the Chicago Tribune in an exclusive piece. “Ochre” is his 10th album, a monumental achievement that was inspired by a recent trip to perform at a music festival in Guatemala. Rather than using solely computerised samples, Edamame used naturally derived sounds and field recordings on his phone of organic samples like birds chirping and outside chatter to show off his various inspirations from around the world. For Edamame, music is not merely a hobby, it’s a method of introspection, transformation, and a personal comfort zone in which he can truly express his creativity and vision.

The title track and one of ten on the new album 'Ochre' typifies the ambient and beautifully crafted music within this collection. The intriguing and quite eclectic range of samples and natural sounds are blended together in a superb manner. Moods and tempo shift from track to track, and a pleasing melodic vibe is never far away. Judging by the number of listens on three songs already, I really do hope this is on the way to being noticed far and wide.