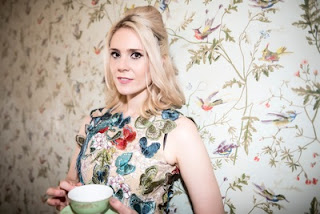 Background - Kate Nash has returned to Zone 5 and with her she brings the Summer's finest pop offering 'Good Summer', produced by Dave Bassett and out today via Kate's own imprint Girl Gang Records.

‘Good Summer’ is literally the light at the end of the tunnel, an expression of relief, the type we all feel when the sun comes out and the warmth radiates your skin after 10 months of grey sky, central heating and soggy feet. “I’ve been a referee of my emotions,” sings Nash, over upbeat synths, skittering drums and dance-y guitar lines. 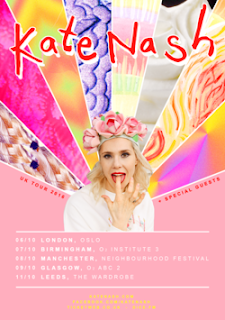 It’s about her own return to contentedness in London. “In Britain, in the summer you let go of the stuff on your shoulders and go, F it, I’m gonna get on this banana boat. Go crazyyyyy!’”

A lot has happened to Nash, a BRIT school graduate, since the release of her #1 record and Brit-Award gleaning debut ‘Made Of Bricks’ back in 2007 - failed relationships, record label fall-outs, punk record releases, a relocation to the other side of the world... And so it’s wonderful that the singer-songwriter, activist and heroic spirit is here today, possessed of an impervious rebellion and a lightness of being that makes her ‘give-a-f?’ honesty even more contagious. Everything seems to be coming full circle..

Fresh off the back of closing Wilderness festival as part of a huge David Bowie tribute, Kate has announced a small run of UK headline dates this October including London's Oslo. There’ll be more music, there’ll be more shows. “I’m not disappearing again,” Kate says, patient, poised, happy to let fate make the next move.

Ive been an avid listener to Kate's music since the first album Made Of Bricks (wow was it really nine years ago!). 'Good Summer' is a fine reminder of just how good Kate is at writing and delivering great pop songs. Tapping in to our sometimes "short of sunshine" summers, here in the UK, the song is fun, upbeat and oh so sunny. 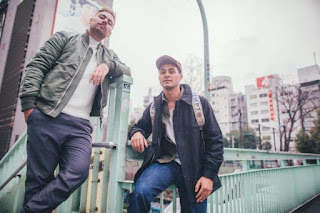 Gypsy & The Cat - Odyssey Of The Streets.

Background promo -  The time has finally come for the highly anticipated Gypsy & The Cat full length album, “Virtual Islands”. Boasting ARIA and Hype Machine charting singles, three songs in the triple j Hottest 100 and having been covered by a host of large tastemaker outlets including Rolling Stone, Noisey and Fader; Gypsy & the Cat and success are no longer just flirting with each other. They're shacking up and settling down.

So far the duo have successfully released three singles from the album which got us all very excited for this moment. “Inside Your Mind” marked the start of the spectacular return for Gypsy & The Cat. The single throws a retrograding acoustic guitar into the mix, orbiting in just the right places. Following this single, the Melbourne duo released “I Just Wanna Be Somebody Else” and continued to win over listeners by showering them in glorious Australian indie pop. In only a few months, these singles have hit over 1.3 million streams online and their latest single 'Life' took the coveted #1 spot on Hype Machine charts earlier this week.

With the help of producer Dave Fridmann (Tame Impala, MGMT, Neon Indian, The Flaming Lips) and their inspiring time spent in Japan over the last year, this album marks a new era for Gypsy & The Cat. They put their heart and soul into delivering an amazing album but unfortunately it will be their last project as Gypsy & The Cat. "We have come to a place with the band where we feel like we have achieved the things it set out to, and are incredibly proud of the catalogue of music that we've built along the way," they said. "We are like brothers, Lionel and I, and this is in no way a sad or bitter thing, we speak every day in fact, instead it's more of a decision to keep growing as individuals and explore our artistic limits in different incarnations." They are extremely proud of Virtual Islands and although we will be sad to see them part ways, their success should be celebrated and it will with their final album tour.

Oh what a beautiful album 'Virtual Islands' is and 'Odyssey Of The Streets' is the seventh of ten songs within this stunning collection, and a personal favourite. That the duo are calling it time after this release, might seem strange and even disappointing, however if you ever want an example of going out on a high, this album is a fine place to start. 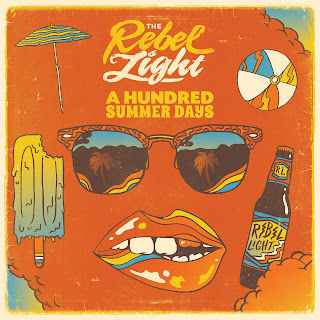 The Rebel Light - Where Did All The Love Go.

Background words from The Rebel Light - We are very excited to finally get to share our debut EP with you.... written and recorded here in Los Angeles, we tried to capture what it feels like to live, work and play in California and the good vibes your soul starts to absorb just being here.

In the immortal words of California's greatest ambassadors, The Beach Boys
"I'm pickin' up good vibrations"

We wanted to create a soundtrack to your summer - music to listen to as you drive down the Pacific Coast Highway in your vintage car with a big  f..ahem smile on your face!
Hopefully we came close to accomplishing that.....

“A Hundred Summer Days” has just been released through Dualtone Records. Spotify here.

'Where Did All The Love Go' typifies the positive, upbeat and "bright summer day" vibes that permeate through this five song EP. Taking note of the bands words above, I think it's fair to comment that, it's a case of mission totally accomplished, this is a fabulous EP! Background - Order becomes disorder and harmony springs from chaos in James Edge and the Mindstep’s latest song ‘Four Two Four’. It sees Edge perverting the country shuffle into something darker and more abstract than anything you’ll find in the soporific musings of most MOR folk pop artists today. Snippets of melody are distributed like splashes of colour in a Pollock painting. The nightmarish lyrics demand the listener’s subjective interpretation, yet concern themselves with the macabre imagery of things like drowning and exploding. The fiendish song spawned itself one day - initially growing out of a fingerpicked improvisation, the guitar part arrived fully formed.

‘Four Two Four’ was recorded at Tom Aitkenhead’s Milk Studios in Limehouse for their upcoming album Machines He Made, released on CD, vinyl and download later in the year.

James Edge is already a studious musical maestro and a top drawer composer. The Kent-raised musician studied composition to master’s degree level under Joe Duddell - arranger for the likes of Elbow and New Order. After moving to London and starting to gig in 2006, he formed James Edge and the Mindstep to record 2010 debut album ‘In The Hills, The Cities’. The working relationships he built around this time would provide him with some dependable collaborators, including regular engineer and occasional co-producer Tom Aitkenhead, best known for his work with Laura Marling and Bloc Party. A core jazz-folk trio of Edge, double bassist Andy Waterworth and drummer Avvon Chambers materialised. Together the trio started recording second album ‘Machines He Made’ over a five day period tracking everything live and only overdubbing the backing vocals. The songs were largely unrehearsed, with band members and additional session players mostly having not heard the pieces before. This spontaneous hodgepodge has resulted in some of the most whimsical and deeply experimental music to come out of the capital in a while.

We featured James Edge and the Mindstep back in March and are delighted to do so again with the new song 'Four Two Four'. The musicianship is incredible and makes a perfect accompaniment for the gifted vocals of James Edge. With an album release due this year, this is an exceptional taster of whats to come.