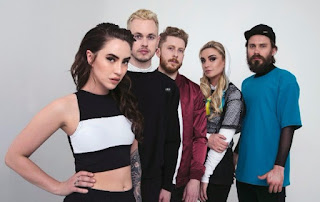 Background promo - Their “synthy sadbangers” are behind a swarm of press, inciting rave reviews from the likes of Vogue, The Guardian, The Fader, Mojo, Pop Justice, Q Magazine and The Line of Best Fit. Fresh from Glastonbury and Latitude Festivals, and just ahead of a headline spot on Norway’s renowned Øya Festival, Highasakite announce new single ‘Samurai Swords’ – taken from acclaimed sophomore album ‘Camp Echo’, out now via Propeller Recordings.

It proves a synthillating addition to Highasakite’s booming arsenal, tackling heartbreak with aplomb and the soaring signature vocal of frontwoman Ingrid Helene Håvik.

Fresh from a guest performance on Made In Chelsea, the band is announced to play the 23rd Annual Nobel Peace Prize Concert on December 11. The event is televised to more than 100 countries, 300 million households and also streamed live on YouTube, with Highasakite joining the ranks of countless Nobel alumni including Paul McCartney, Elton John, Alicia Keys, Florence and the Machine and Rihanna. The band embarks their biggest US Tour to date in September, before returning to London for a headline show at Heaven on Tuesday, November 1 – joining recent Sold Out performances at Hoxton Hall and Village Underground.

Following acclaimed debut LP ‘Silent Treatment’, which recently marked a two-year milestone in the Norwegian Top 40 Chart, Highasakite’s sophomore offering ‘Camp Echo’ claims a second consecutive #1 chart debut in Norway and #24 entry in the Australian Top 40. The album features singles ‘Someone Who’ll Get It’ and ‘Golden Ticket’, amassing streams of more than 8 million in just a couple of months.

We featured the band back in late January mentioning at the time "Plenty of positive words have been written and said regarding Highasakite". 'Samurai Swords' continues the theme of powerful synth drive music and vocals that demand your attention. It's passionate, immediate and very catchy! 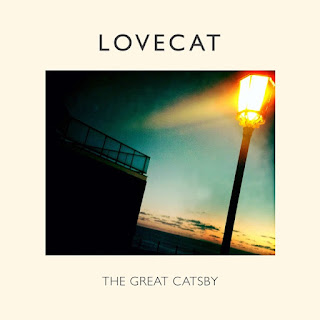 Background - This is Lovecat, the DIY synth-pop project from a Vienna-based producer named David Haering. Lovecat will be releasing his debut album The Great Catsby on September 9th via Fabrique Records (iTunes pre-order), and has now shared its first single “Lovesong”.

The Great Catsby is an album full of driving rhythms, playful basslines, and above all, the voice of a hopeful romantic. It will be coming out exactly five years after the release of his debut EP, and follows various radio hits in Europe and a remix for Morrissey's legendary guitarist and co-writer Boz Boorer. The album also explores his past experiences in various rock and punk rock bands, and the gray days between one night of partying and the next.

The Great Catsby is a charming collection of songs that reflects upon on-again/off-again relationships, self-doubt, existential themes and more… The Pet Shop Boys, Erasure and Yazoo form the musical frame of reference. Lovecat has worked with a variety of producers over the years in different studios, only to realize that even a lovesick cat needs to have the last word himself. So The Great Catsby is a very personal manifesto that could only be developed in-house, allowing its compelling charm to emerge in full.

'Lovesong' is the first of twelve new songs on The Great Catsby. It's indicative of the overall upbeat synth driven songs in this collection, however there is a good level of creativity and space for a range of ideas and directions that are shared. Melodic, danceable and full of good vibes, this is one cool song and album. 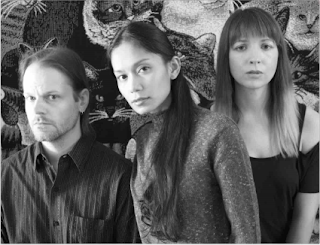 Background - Shoegaze electronic crossover trio Vibrissae have signed to Italian label Vipchoyo Sound Factory to release their debut LP 'Somewhere Away'. In advance of the album's release, they are releasing their first reverb-filled driven single 'Need'.

Formed and are based in Portland, Oregon, the same city that produced The Dandy Warhols, The Decemberists, Modest Mouse, The Prids, Quarterflash and Elliott Smith, the three members of Vibrissae hail from different continents.

Vocalist Imber Lingard comes from Australia,  Emma Bell was born in Malaysia, and Aaron Bell is native to the USA. The trio found common ground in their shared love of shoegaze, electronic music, and modern rock, and especially any crossover fusions thereof. Vibrissae's debut output is the result of over three years of rehearsal and recording.

The first single “Need” is an electrifying post-punk number with a darker atmosphere, underlined by a frenzied feeling of urgency. Guitar distortion erupts at the start of the track, transitioning into a warped guitar chime with remarkable percussion penetrating in the calm before the storm. Lingard delivers a stunning sing-talk, building up to what is a hypnotic chorus.

This album was mainly recorded at their home studio with some vocals tracked at Jackpot! Recording Studio in Portland, a testament to Vibrissae's DIY aesthetic. The band also mixed their own tracks and created their own artwork, with mastering performed by Alan Douches.

From their debut LP 'Somewhere Away' the latest single 'Need' is a fine indicator of the bands genre spanning sound. Earnest, powerful and creative, both music and vocals work so well together, bringing about some fabulous songs. As I say 'Need' is an indicator, there is so much more across the album, it is definitely one to check out.