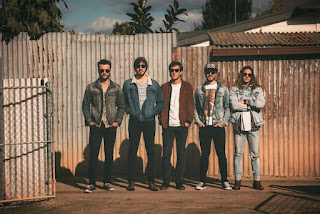 Background promo - Albury/Wodonga's Idle Fret are in the business of making explosive, no-bs rock'n'roll, as spelled out in black and white on their knockout debut album, 'Reborn'. Ticking all the right boxes – great band, great singer, great songs – 'Reborn' perfectly captures everything high-octane rock fans live for... the must-have blend of thundering drums, wall of guitar and soaring, melt-your-face-off vocals that make up one of the most enduring and exciting genres of music.

Taking the best aspects of the best bands spanning three decades, even some 20 years after most of the genre's legends have come and gone, Idle Fret manage to make the music relevant and fresh, while keeping the traditions of the niche alive and well. They are a band literally made up of the same devout rock fans they appeal to.

From front to back, Idle Fret have armed themselves to the teeth. Drummer Ryan Nicholson and bassist James McRorie give the band a colossal sonic heaviness and relentless push forward, leaving the higher frequencies open for the dual assault of rhythm guitarist Daniel Edwards and lead guitarist Shaun Webb, who are able to switch from a wall of rhythm to blitzkrieg solos with sheer precision. At the apex of the band's mountainous sound is frontman Hayden Edwards, whose versatile voice can reach all of the dramatic highs of the genre, but has an even more impressive default setting that is an explosive mix of power and control.

Capturing the band at their best, the brilliant production of Rickie Rae approaches the genre with a stunning attention to detail, giving Idle Fret the larger-than-life fidelity and arena-ready hugeness that all of the great bands must have. And although Idle Fret are a new, young band, 'Reborn' shows an ambition to make the biggest impact they can. 'Reborn' is available on CD and via all good digital retailers Friday August 26

It's been a while since we have featured some full on rock'n'roll, well 'Reborn' fixes that issue. Resplendent with all the vital ingredients, massive riffs, drums that can kill, and a bass line that thunders away. Add in the almost "off the shelf" classic rock vocals, and all that's left to do, is to turn up the volume! 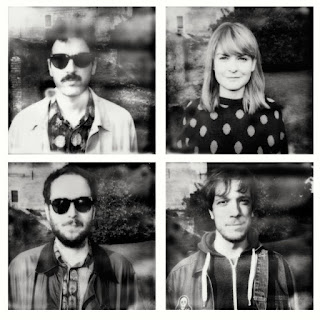 Background - His Clancyness have announced their new album Isolation Culture (Tannen Records / Maple Death Records / Hand Drawn Dracula) with a release date of October 14th, 2016. His Clancyness’ sophomore album and follow-up to Vicious, their debut on England’s seminal FatCat Records. Vicious saw the band blaze a relentless trail across Europe and the US, hitting well over 150 cities across multiple tours before setting their sites on writing LP number 2.

The band began life as the solo project of singer/guitarist Jonathan Clancy but has since found a new form inspired by the camaraderie of life on the road. The group has evolved into a collaborative tour-hardened minimal noise-pop machine that features Jacopo Beta’s propulsive drumming, Giulia Mazza’s alien synthesisers, the commanding low thump of Nico Pasquini’s bass playing along with Clancy’s trademark fidgeting guitar work and his usual stirring lyrical resolve.

Over the last two years the band have retired to their Bologna basement HQ, Strange City Studios to put to use the newly-honed aesthetic and write a new clutch of anti-hits. Here they conducted late-night 4track experiments, embarked upon curious sonic investigations, threw the odd party and emerged with fistfuls of inspired compositions that make up their compelling new album.

Isolation Culture is a record from another place. It could be a recording snatched from a wormhole to a parallel universe where weathered Bowie statues pepper the abandoned city streets and Swell Maps’ music is piped into empty runaway subway cars. Maybe it’s the final psychedelic transmission from a radio station in flames or maybe it turned up on your lawn, delivered by an overnight tornado from somewhere that no longer exists. But what if Isolation Culture is part of the evidence that suggests that there are bands making records just like this one hidden in all the shadows in all the cities in the world? We can only hope that there are.

'Isolation Culture' will be one of twelve songs on the October release, it's the only song I have heard so far, and it's a good one. It's an addictive, alt rock piece that slowly builds layer upon layer of sonic delight, in what is a superbly produced and mixed track. 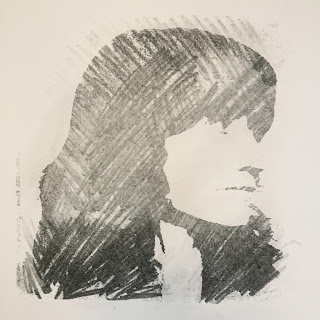 Background Regarding the forthcoming album - Vultures is Chelan's most ambitious studio effort to date but they were also careful to ensure they can replicate the album during live performances.

When asked about the writing process for Vultures Hosford says "Its been a fun challenge morphing from the mostly electronic, subdued indie aesthetic of our last couple albums to the wall of sound, big production synth pop thing we went for on this record."

The album surrounds layered vocals with lush analog synths, guitar, drums, cello and piano.  Chelan is currently planning a tour in the spring of 2017. Vultures was mastered by Jared Hirshland of Elysian Mastering. Album Artwork by Kime Buzzelli.

We featured the first single (Beams) from Chelan's soon to be released Vultures album not that long ago, and are pleased to be able to share the second single 'Won't Break'. This is another highly crafted song, the vocals dreamily rise above the melodic synth driven soundtrack as the hooks gently dig in, album eagerly awaited. 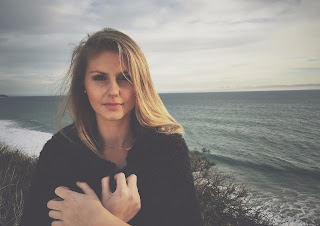 Background - Born and raised in Stockholm, Sweden, Diana Ebe was introduced to music at a young age, beginning piano lessons at four and starting to sing soon after. By fourteen, Ebe had begun vocal lessons and classical training with the esteemed Swedish musical theatre performer and producer, Andreas Eldeen. Vocally, Ebe draws from her training to create soaring melodies.

In 2013, Diana decided to pursue her lifelong dream of being a full-time musician and moved to Los Angeles. Beginning with piano, and by layering atmospheric production over pounding percussion, Ebe produces her own songs with the pop sensibility of artists like Lorde and Lykke Li.

Diana Ebe’s introspective lyrics and haunting melodies create a feel that has already caught the attention of notable musicians including The Doors’ guitarist, Robby Krieger. Ebe describes her work as expressing the “lonely and longing feeling of love and life,” drawing inspiration from nature’s power, daydreams, lust, and love.

'Chasing' is also from the 'Elusive Pleasure' EP released in June. The EP is a collection of seven beautifully written and produced songs. Diana Ebe delivers passionate and intense vocals, that are wonderfully melodic, and these are complimented by the distinctive musical soundtracks. It's intelligent pop music, with a whole lot of heart.