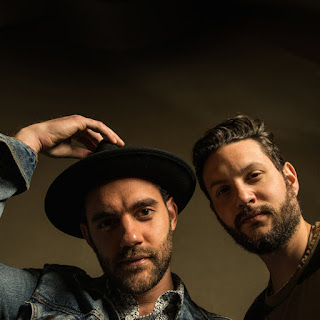 "After a relationship ends, it's natural to feel guarded, and sometimes when you least expect it, you'll find yourself connecting with another person," the band said of the track. "Maybe it's on a subway, or passing each other on the sidewalk, but you remember the feeling; 'Closer' is a realization that you might be getting closer to allowing yourself to open up again.”

Migrating from Philadelphia to Nashville a year ago, Josh Benus and Matt Kass have expanded on their backgrounds as formally-trained musicians with a sound that’s both unique and powerfully emotional.

After several years of collaborating in a variety of projects, including a soundtrack for the HBO documentary First Comes Love, they solidified their partnership by founding Modern Inventors. Shortly after that, they decided to move to Nashville, where they connected quickly with the city’s vibrant artistic network and — critically important — found the house that functions now as their personal and professional home base.

“Working and living here is great because we can put all of our time into writing and recording,” Josh explains. “We have our hands on every second of these recordings. They are us. And because this house has allowed us to do this, it’s become our signature.”

“For me, the allure of Nashville is, that it’s about the songwriting,” Josh adds. “It’s inspiring living here because everyone’s so passionate about their craft. So in retrospect, this is the probably the best move we could have made.”

With vocals that delight (maybe a little like if the Bee Gees, had taken a funkier, rock'n'roll route) 'Closer' is a melodic and dreamy, genre defying highly like-able song. The production and mix, and the clever use of synths, seemingly take the whole piece up another level. 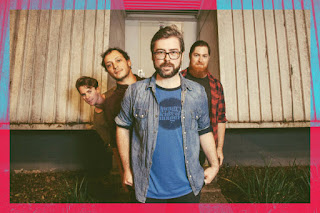 Background - Hot out the oven, Brisbane's Born Joy Dead return today with 'Sourdough', a brand new single for daydreamers and brunch enthusiasts everywhere. There's no mucking about either, they'll take to Black Bear Lodge to launch this freshly baked tune in just under three weeks.

A delicious, chewy 'F' to the daily grind, 'Sourdough' is a unique result for the band who recently changed up their writing style, demoing together as a group for the first time. "The band is taking on a more organic songwriting method now and as a result it feels as though we've created something really special and more personal to us all," says front man (and former Hungry Kids of Hungary member) Ben Dalton.

Springing onto the airwaves in 2015 with single's 'Hey Blood', 'Stones in My Shoe' and 'Chains On You', Born Joy Dead have been building their chops among the local scene. Supporting the likes of Ball Park Music, Bad//Dreems, Hey Geronimo, Babaganouj and My Own Pet Radio they've also impressed at a stack of headline shows including a packed debut EP launch. Add a recent signing to Mucho Bravado management, an upcoming second EP and a September single launch. Bake at 180 degrees for best results.

'Sourdough' has a funky rhythmic beat, that underscores the layered vocals and harmonies. Add in the melody and an intriguing stereo mix and we arrive with a superb ultra tight song, with lyrics ideal for those who suffer the daily treadmill of work. 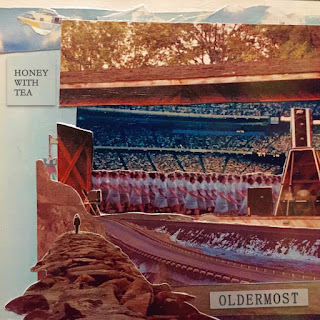 Background - “Honey with Tea” highlights the paradoxical blend of neuroticism and mysticism of Oldermost's lead singer Bradford Bucknum, whose vocal delivery oscillates between semi-theatrical energetic bursts to gentle, sugary crooning. The inclusion of the up-and-coming Philadelphia singer-songwriter Rosali adds a welcomed vocal element to the song too.

The song’s despairing wit and questionable advice buoyantly tumbles over a sea of lush strings provided by the classically trained yet pop-obsessed compositional asset to the band, David Richard. Mike Sobel’s guitar work slides in and out of the steady rhythms of Stephen Robbins’ focused and passionate drumming, and Dan Wolgemuth’s unique and melodic bass playing.

The sounds of Sobel’s lap steel provides a unique foundation of sonic texture, so that the song can remain innovative but still represent the band’s affinity for popular song construction… and if his playing sounds familiar, it’s because Sobel can be heard on the song “Eyes to the Wind” from The War on Drugs exceptional 2014 release, Lost in the Dream.

This really is a fine song. 'Honey With Tea' works on so many levels, whether it's the vocals and harmonies, the cool, easy rocking music, or the melodic vibes that just hook into my ears. This is the bands first single this year, what a song!