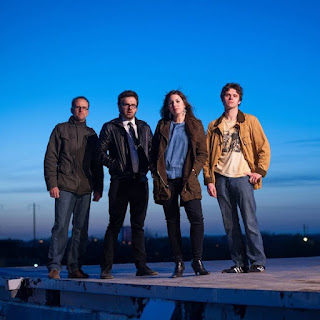 Background promo - “Beautiful Life” emits the purest pleasure, Kristin Bigness’s vocals fully capturing the spectrum of happiness depicted in the lyrics. “Let go,” she sings, “We have a beautiful life.” Surrounded by a full band comprised of her husband and long-time friends, Kristin and the rest of The Bigness pay perfect tribute to the 70's greats who inspired them. Truly a work of love, “Beautiful Life” is a refreshing, positive sensibility in Rock.

The Bigness draws its inspiration from the greats, such as Patti Smith, Neil Young and many others, and has been compared to a modern-day Fleetwood Mac. Lead singer Kristin Bigness delivers a soaring yet sultry vocal on a bed of screaming guitars and pick-driven bass plucking, all woven around rock drums. From its modest beginnings as Kristin’s solo project, The Bigness has evolved into a leading-edge indie rock ensemble with an international sensibility and obvious undertones of the 60s and 70s. Consisting of Kristin’s husband, John Bueno, on lead guitar and long-time friends, Stephen Maurer and David Kovach on bass and drums respectively, The Bigness fire s on all cylinders as a sleek, well-tooled, customised vehicle that drives and delivers Kristin’s delicious vocals. Website here.

Leaving the above mentioned inspirations and comparisons aside 'Beautiful Life' suggests to me that The Bigness can deliver their own songs to a very high standard. There is enough natural edge and grit in this song, that the band can rightly call their own and Kristin's vocals work wonders around the soundtrack. 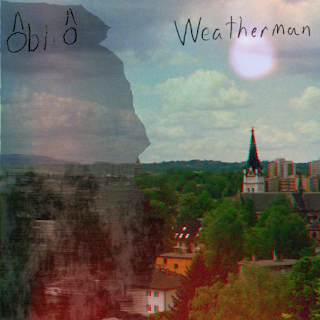 Background - Long Beach trio Oblio have perfectly captured the sound and cynical nature of ’90s alternative rock as they take on “party culture” in their ironically festive single, “Weatherman.” “Weatherman” is the new track from Oblio’s upcoming record, Autophobia. Centered around a character who suffers from the morbid fear of being left alone with one’s self, Autophobia is due out in September, 2016. More information on Oblio and Autophobia is available on the band’s official website.

According to Oblio, “Weatherman” is an exercise in irony in that it is a critique of “party people” that sounds very much like the type of rousing tune they might blast during their most excitable gatherings:

“The protagonist of Autophobia ventures out to social gatherings and tries to connect with friends. After meeting a girl at her party, he muses on his disenchantment of being sociable towards people who gossip, engage in small talk, and masquerade as friends. He then convinces her to leave the party with him. It’s meant to be a fun party song, but it’s intentionally back-handed. It’s a jab at “party culture” and the people who engage in it.”

Second time on Beehive Candy in the last couple of months, this time with 'Weatherman'. On this occasion Oblio deliver a loose sounding alt rock piece, that saves it's energy for the chorus. Ironic it may be, it's also annoyingly catchy. 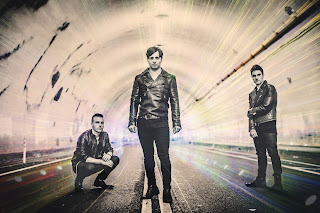 Background -  Officially a must-see act capable of selling out venues throughout the SoCal region, red hot modern rock trio Ceasefire are now taking listeners on a most fantastic voyage into the great unknown with their explosive new single, “Joyride.” Co-engineered by Brian Virtue (30 Seconds To Mars / “Jane’s Addiction”) and Ben O’Neill, mastered by Sterling Sound’s Joe Laporta, and mixed by Grammy-nominated Mark Needham (The Killers, Imagine Dragons), “Joyride” is reflective of Ceasefire’s invincible spirit and hunger for adventure, which features the passion and energy that have enabled the band to rapidly build their fan base on a global scale.

Channeling the best of 80’s new wave and 90’s arena rock, Ceasefire have created a buzz via their electrifying live show, catchy songs, and cool demeanor. More information on Ceasefire is available on their official website. According to singer Ray Alexander, “Joyride” embodies Ceasefire’s lust for life, love, and exploration:

“This song is about a journey. It’s about taking chances and exploring what the world has to offer. It’s about finding love in a place you least expect it, at a time when you are not looking for it. It is a song about love, spontaneity, and excitement. It’s about a wild ride that takes you somewhere you’ve never been.” Comprised of Alexander, Kamren Alexander (guitar), and Anthony Hainsworth (drums), Ceasefire formed in 2011 in Orange County, CA. The band is known for their riveting live performances, captivating vocal presence, and shimmering guitar hooks. Those sonic elements are fully evident on “Joyride.”

'Joyride 'is an expansive sounding song that could easily be accompanied by a stadium of clapping hands. It's rock'n'roll with a hint of the modern, alongside that classic timeless sound. It does not pretend to be anything else, why should it? 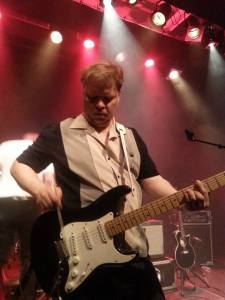 Background - Phil Gammage has announced the release of 'Used Man For Sale' due out October 4th This longtime American bluesman has been hard at work at one of his most ambitious projects yet, his eighth solo album, Used Man For Sale.

Phil Gammage is an American musician, composer, and recording artist best known for his eight solo album releases and his work as a songwriter, singer, harmonica player, and guitarist. His recordings are used in film and television projects. His new album is Used Man For Sale which features ten of Phil's song compositions. This follows his critically acclaimed album Adventures in Bluesland which received positive reviews and made numerous 'Best of 2014' lists internationally. He currently performs his roots and blues based music as a solo performer, with his small combo The Phil Gammage Quartet, and with his large band Adventures in Bluesland. Phil Gammage is the consummate live performer, who brings a unique depth and drama to his music.

In addition to his songwriting and performing roots music, Phil is an in-demand blues/rock guitarist and harmonica player. He toured Europe with rock band Certain General in the spring of 2016 and has performed several times at the CBGB Music Festival in New York. Website here.

'Used Man For Sale 'is the title track of the soon to be released album, and gives a good feel for the album as a whole. Phils distinct vocals are backed by some excellent musianship and smooth backing vocals. Musically it's a mixture of blues that leans towards both country and rock'n'roll, and of course Phil Gamage's fine guitar work. 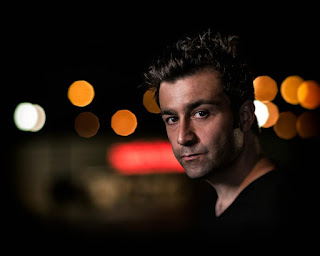 Ben Glover - A Song Of Home.

Background - Ben Glover is pleased to share his latest track 'A Song Of Home'. The brilliant new single comes ahead of his new album, The Emigrant - tackling the universal issue of immigration, out September 30 on Proper.

When an ocean separates the two halves of your whole, it's worthy of contemplation. For Irish-born, Nashville-based singer/songwriter Ben Glover, that consideration comes in the form of his new album, The Emigrant, which folds his two worlds into one. Co-produced by Glover and Neilson Hubbard, the album features six traditional folk songs and four original compositions (including co-writes with Gretchen Peters, Mary Gauthier, and Tony Kerr) as Glover addresses the universal theme and personal challenge of immigration.

“Over the past couple of years, I have been going through the process of getting my U.S. Green Card, so the reality of immigration was very present in my world,” Glover says. “Contemplations like 'What and where is home?' were never far from my thoughts,” he adds. To work through it all, Glover turned to music. “Around the same time, my interest in Irish roots music and folk ballads was rekindled. The project is my story - it’s who I am at this time in my life.”

Much like his current life, Glover's childhood in the sleepy seaside village of Glenarm in the north of Ireland had a soundtrack from both sides of the Atlantic Ocean. So, when he started playing gigs in the local pub at the age of 13, he played Irish music, of course, but he also slipped in songs from Hank Williams and Johnny Cash. In the summers of his university years, Glover paid his way across the pond by performing Irish folk ballads along with the songs of Christy Moore and The Pogues in the bars in Boston, while back home in the pubs of Ireland he was singing Dylan and Springsteen.

In 2009, Glover relocated to Nashville and immersed himself in Southern culture. Those experiences informed and infused the soul of his acclaimed 2014 solo album, Atlantic. With The Emigrant, Glover continues to search for his place in the world. Website here.

Ben Glover has vocals that can almost immiediately invoke different feelings and really strike your imagination.  'A Song Of Home' is a beautiful song, with a gentler musical accompanyment allowing his voice to deliver, both the melody and the passion.