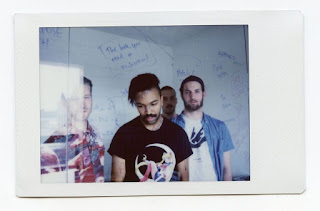 Background from the band - 'Palms' is the song that set the trajectory for us writing our entire upcoming EP. It was the first song we wrote that really captured the sound and energy of what we are trying to achieve with Native Other.

This EP 'If I Can Keep It Together' is an accumulation of our diverse origins and experimentation while the content tells tales of growth and discovery of our identity, romantic perspectives and lustful encounters. As we write personal reflections, sonically we construct our own unique sound.

This project was recorded by Simon Larochette at Sugar Shack Studio, mixed by Dale Morningstar at The Gas Station Studio & mastered by Reuben Ghose at Mojito Studio. The full release will be coming out on October 7th.

'Palms' is my introduction to Native Other, and it's one striking and notable song. The vocals and harmonies are super smooth and pleasing, whilst musically it's quite an intricate and clever piece, put together they create a great listen. 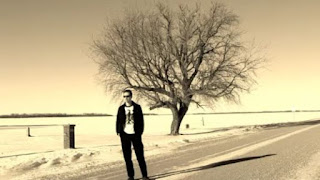 Background bio - December's Children is an Americana/Alt Country/Rock band from Grafton, North Dakota. The group formed over a decade ago and released four indie albums prior to being signed by Brink Records early in 2015. December's Children's new album, Skeletons, began receiving rave reviews and radio play well ahead of release and their dedicated fan base has been exploding day by day.

December's Children was formed by Ryan Johnston and Kirt Lowe and soon grew to include Ryan's brother Scott and Mark Sands on drums. The line up has had some shake ups over the years but Ryan, Kirt, & Mark have remained at the core with Scott often returning to write and play with the group. These four were the primary writers and players of the band's first four albums: Die Rich Garage, 5 Minutes 5 Years Ago, On the Mend, and Heaven, Hell, & the Journey's End. The Skeletons line up includes Ryan, Kirt, and Mark, and has expanded to include Dean Kotaska, Kim Rost, and Yen Lee Loh. They are heavily influenced by the Rolling Stones, Hank Williams and other 60s rock groups and classic country artists. With a catalogue of over 300 songs, you will find a tune for almost every musical taste from Decembers Children.

With the release of Skeletons, December's Children have their first international distribution and marketing. They will be continuing to tour, write, and record. Their previous four albums will be re-released by their new label in the coming months and the first tracks for the next new album are already being roughed in. From the Album Skeletons (Brink Records) Available from Sep 14, 2016.

'Skeletons' is a gentle alt rock tune that builds gradually and the music is pristine and quite intricate. Vocals are just natural for this type of music, this is one very fine song. 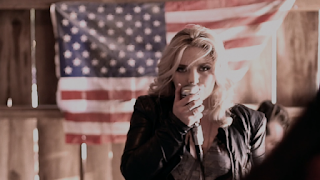 The video wastes no time showcasing Kailey’s no-holds-barred, take no prisoners attitude. The confident Ms. Swanson cuts straight to the chase with her take on the current state of the industry belting out, “It ain’t about the fame it ain’t about the flash, it’s about Country music and kickin’ ass!”

Her message is clearly resonating, as her new video is definitely kicking ass. “Nashville Stickup” is already rolling out to over 1750 locations internationally including: colleges, universities, bars, nightclubs, casinos, restaurants, fitness centers, salons, bowling alleys, cruise lines, and corporate campuses. This massive distribution clearly demonstrates the broad appeal of Kailey’s straight up red, white and blue message. Swanson continues, “My way or the highway, this country empire will fall.”

The entire “Nashville Stickup” EP drops worldwide September 30th across all e-tail outlets including: Apple Music, Amazon, Deezer, Spotify, YouTube and beyond. In the meantime, be on the lookout for Kailey Swanson lighting up flat screens internationally.

Beehive Candy may not be the usual place to check first for outlaw country music, that said the policy that we feature the music we like is just that, and 'Nashville Stickup' is one very likable and feisty song. The video is fun and thankfully that was an empty JD bottle thrown at the beginning, otherwise I know just how traumatic a few folk would find it. 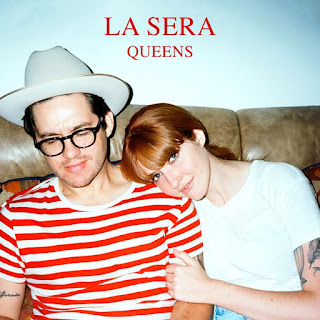 Background - "La Sera released their Ryan Adams-produced LP Music For Listening To Music To back in March, and they’re heading out on a fall tour across the country next month.

But before they do that, they’re putting out a digital only EP called Queens on Sept. 30th, and today they’ve shared its title track, a propulsive guitar-rocker that’ll seriously brighten your day.

'Queens' is a bright indie rock song, and with the alternating share of the vocals the whole thing really does just blast along. Melodic and hooks galore, ensure our ears are well treated!

Birds Over Arkansas - So Much Sky.

Background - Like Reinhold Rudenberg, the scientist subject of their moving new single “So Much Sky,”Americana prog rockers Birds Over Arkansasare obsessed with the details of life. Whereas Rudenberg developed the microscope for the purpose of curing polio, New England’s Birds Over Arkansas create beautifully crafted songs such as “So Much Sky” in a way to celebrate human progress; the hardships and perspectives that inspire us to solve problems, and the personal sacrifices that are often necessary in order to achieve something. Blending unorthodox song structures, technical progressive rock rhythms, and Americana instrumentation and harmonies, Birds Over Arkansas are credited by Jamsphere with producing “timeless music” that features “outstanding musicianship, resplendent vocals, and a crisp sound.”

According to lead singer Scott Haskitt, “So Much Sky” is about “being too often consumed by life's bigger picture, and, consequently, losing sight of its finer details.” While the chorus lyrics juxtapose the act of skygazing with that of internal self-reflection, the verses tell the story of the struggles of Reinhold Rudenberg, a scientist and inventor who was in part responsible for the development of the electron microscope.

Melodic and with beautiful harmonies 'So Much Sky' comes across to me as more Americana than prog rock. That the band blend genres or styles as varied as the aforementioned is interesting enough, however I guess in the end it always comes down to the actual song, and in this case its a beauty.