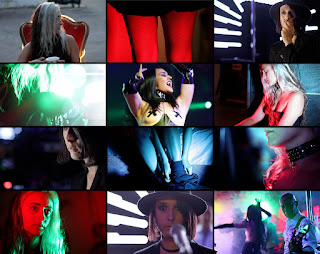 Astari Nite - Until the End of the Moon.

Background promo - Astari Nite is proud to bring to the world the music video to the title track of their second, and latest album, Until the End of the Moon. This is the 3rd music video for the album, following the music video for “Always Like Yesterday” and the live shot production for “Joyful Wish” which was shot at Revolution Live in Ft. Lauderdale while the band opened for She Wants Revenge.

Second time feature for Astari Nite (it was back in April we first covered them) and 'Until the End of the Moon' is another fine song. Back then I described the music as "high quality post punk or new wave music", if anything the new song is a little more layered and refined, it's still terrific! 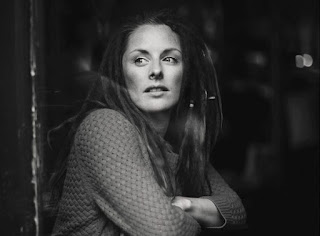 Background - Sian Cross stunned listeners with her recent single Tell Anybody. Praised by critics and fans alike, it was made Track Of The Day on Clash, whilst reviewers praised her honest songwriting and exquisite vocals.

During On and On, her character fights for survival on the strip club stage, outwardly dominant but inwardly vulnerable. Her hypnotic vocals switch effortlessly from whisper to yell, against a sonically adventurous backdrop of startling synths and stuttering rhythms. It’s like Banks’ vocals married with FKA Twigs productions. Every listen reveals new layers. Sian will be heading out on tour in November with some talented artists, including a support slot for American artist Mishka Shubaly. Facebook here.

It was back at the end of July that Beehive Candy featured Sian Cross, describing her music as "emotional and atmospheric" on that occasion. 'On And On' has all of that, as the song builds (and builds) both with intensity and feeling. I definitely want to hear more! 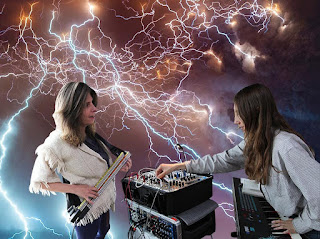 The Blow - Think About Me.

Background - The Blow’s Melissa Dyne and Khaela Maricich have spent the past handful of years deep in the studio, working out their own new way of producing electro acoustic pop. “Think About Me” is the fruit of these labors. The song consists of five tracks, using modular and analog synthesizers plus vocals to create layers of frequency. Through the recording process, the duo have developed their own instruments and processing systems for creating sounds, ending up with a mothership of gear patched together in a a web of cables. No longer employing a laptop in live shows, their songs are now performed as live production.

Dyne and Maricich started their odyssey of recording and producing their own music in the late aughts. They considered working with an outside producer but it soon became evident that the sound they were after was something they could only find together. In 2013 they emerged briefly from their recording odyssey for the release of their self-titled album, The Blow. The album was named “favorite album of the year” by NPR’s Bob Boilen and two of its songs were honored on the New York Times’ “Top Songs of 2013.”  With these encouragements they dove immediately back into the studio to continue pursuing elusive sounds.

Throughout the years of recording isolation Melissa and Khaela fantasized about building a community of other producers to draw inspiration from; they brought these fantasies to life in www.womanproducer.com.

'Think About Me' is a really good example of why there is still plenty of room for experimentation and daring to be different with music. This is a beautifully crafted song that has no hang ups on genres or format, and yet everything holds together, with the vocals giving some anchorage, whilst the sounds dance around. 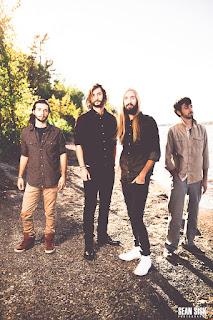 Background - Tribe Royal is a Canadian folk-rock band based in the nation’s capital city of Ottawa. The band was born from the partnership of Terry O’Brien and Chris Kerwin, two aspiring songwriters, and their shared interest in the musical giants of the 20th century. When their bandmates Bram Al-Najjar and Mike Giamberardino joined -- talented and inspiring musicians in their own right -- the resulting foursome created a dynamic relationship that has crafted the band’s sound into the genres it now encompasses.

Tribe Royal’s sound can be described as an alchemic blend of folk music, 60’s British Rock and 90's Alternative Rock. At the core of the Tribe are three unique singing voices that can be layered for 3-part harmony, or woven to create imaginative counterpoints. Their sound and songs have a nostalgic feeling to them, introspective yet vibrant; grounded in the honest experiences and youthful memories.

Since the band’s formation in January 2014, Tribe Royal has earned a reputation as a professional, hardworking and ambitious group. They have released one LP, “Samadhi”, with a second ‘Colours of the Sun’ to be released later in 2016. In just over two years as a group, they have played more than 150 shows in 20 different cities and are currently booking dates throughout the remainder of 2016. Their love for music has connected them with thousands of people of all ages, through small private benefit performances, to large-scale rock venues in some of Canada’s largest cities. With the release of ‘Colours of The Sun’ , 2016 is set to be a pivotal year for the emerging rock group. Website here.

I have to say the new 'Colours Of The Sun' album is consistently refined and enjoyable across all thirteen tracks. 'Into Golden Waves' gives an idea of what is in store for the listener, which I would describe as a mix of folk rock, alt rock and even a hint of Americana. It's all delivered with great vocals and a band who can play. 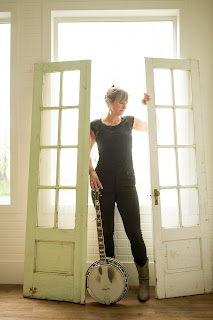 Background - When Eliza Doyle’s car broke down in Nashville in 2015, she found herself happily stuck in Music City.  The venerable banjo player and singer/songwriter from Saskatchewan had stopped in to see a festival and ended up enjoying an extended stay, playing in bars and meeting all manner of talented musicians.  Having been on sabbatical to follow her muse anyway, it seemed like fate urging her to keep on the well-worn path to musical fulfilment.

Doyle has had a fifteen-year career in groups, as a solo artist, and as a professional session musician, playing banjo, singing, with not only the banjo, but with guitar, dobro and mandolin. She has released nine full-length albums, won numerous awards, and toured North America and Europe.  Doyle has been a regional finalist in CBC’s Searchlight Canada competition and past winner of Bell Media’s contest, The Next Big Thing.

On her new album It Ain’t What It Seems Doyle’s strong, but wonderfully frayed voice belts out captivating tunes and harmonies. She has the versatility to go from beautiful and melodious songs, to a full on boot stompin’ party scene. With her charismatic high energy performance, combined with outstanding claw hammer banjo, everything about Eliza Doyle’s music rings of an authenticity that takes you straight to the beating heart of folk and bluegrass music. Website here.

'Nothin' To Lose' is one of eleven varied tracks on the album 'It Ain't What It Seems'. Eliza has a distinctive voice that just lends itself to these types of songs, and beyond her fine vocals is some superb musicianship. Sometimes soft and slow, other times foot stomping and upbeat the melodies are always there, it's a really good collection of songs.