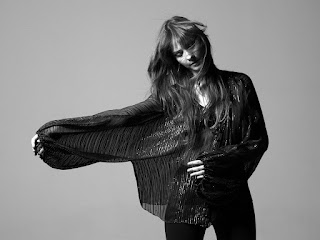 Background - The genesis of Carla Sariñana’s Silver Rose project originates in Los Angeles in the spring and summer months of 2015. In thrall to shoegaze and dream pop and the iconography of the 1970s, Carla set to work rendering her unique take on these influences through Silver Rose. No veteran to the indie scene, Carla has been playing bass and writing songs for successful all-female Mexican rock band Ruido Rosa since 2005. By playing every battle of the bands competition they could find and every venue that would have them, they grew a loyal fanbase through their raw and energetic live shows. Silver Rose is a way for Carla to express her more vulnerable and romantic side; her songs wear their heart on their sleeve. Birthed out of a love for glamour and melancholy and nostalgia, Silver Rose is an empowering and vital project that resonates with and inspires anyone who laments the faded glamour of rock and roll. Her new material was refined in live performance in various bars around Los Angeles and in Mexico City where she has played El Imperial, and Caradura at Festival Marvin. With Ruido Rosa, she has played the Harvard and Stone, SXSW, ViveLatino, and supported KISS, Maroon 5 and Queens of the Stone Age. Carla’s songwriting is affirmatively old school, and in a pop landscape which often feels lustreless and tacky like cheap perfume, Silver Rose is a fragrant blast of fresh air.

With its swirling ambience, larger than life production and a reverb-heavy wall of sound, ‘Take Me Home’ is a monolithic testament to the gothic pop of yesteryear. The lead track from Silver Rose’s new self-titled EP out now, it’s a disarming showcase of Carla Sariñana’s stupefying abilities as both a singer and a songwriter. Like listening to the doomed romance of The Jesus and Mary Chain filtered through contemporary production values, Sariñana manages a sound that’s both thrillingly immediate and artfully idiosyncratic. With enchanting melodies that Cocteau Twins would doff a hat to, and feral feedback-oriented noise rock dynamics, ‘Take Me Home’ proves to be an irresistibly raw offering from a beguiling new talent. Facebook here.

One of six tracks on the new EP, 'Take Me Home' is fairly representative of the power and energy felt throughout the collection. The songs vary from almost wall of sound shoegaze through to more alt rock tones, the constant fine vocals and passion give a consistent flavour across the EP. 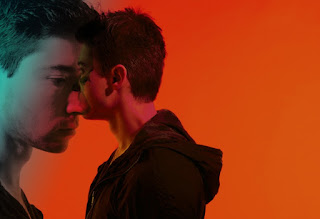 With bass laden synths and and lots of cymbals, "Two Tribes" will transport you to another world where trip hop, chillout and electronica meet to create a magical world of sound. The vocals of Emma Fox swirl around creating beautiful melodies and are complemented by Gavin Clark’s melancholic tones.

The track stands out for it’s pristine sound, all elements composing the sound blending seamlessly to create an almost immersive experience for 4 minutes. Bright like the dawn and equally as beautiful, “Two Tribes” is a great example of Leitvox’s skill at pairing and  melding different styles and voices.

Leitvox is a Mexican producer and composer that recently moved to Miami to open his own studio in Wynwood and start promoting his music in the U.S. His first EP, Fall From You, released in 2012, was acclaimed by the press in his country and served as a foundation for its successor Floating Promises, release this year in the US. The album features collaborations with Ilan Rubin (Nine Inch Nails), Gavin Clark and James Griffith (Unkle) Nina Miranda (Smoke City) and Ana Karla Escobar. In addition to the 9 tracks of the album, Floating Promises  has 4 bonus tracks with remixes by Ladytron, GusGus, Son Lux and Nortec. Facebook here. Website here.

Commencing with a rich swirling synth, and quickly followed by defined drums and melodic vocals ensures 'Two Tribes' stands out from the crowd. 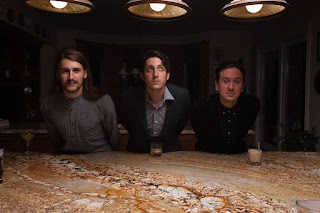 King Washington is Tyson Kelly (vocals, guitar, keys), George Krikes (guitar, vocals), Billy Lee (bass, vocals) and David Contreras (drums). United they have a natural grace for connecting with each other, with their deep vocal harmonies, soaring guitars and driving drumbeats. The musical collective delivers an exceptionally polished yet intimate live experience, with LA Weekly voting them as one of the top ten live bands. Audiences continue to laud their tight and dynamic live show.

King Washington’s latest album entitled “Potential”, found inspiration from pain, growth and acceptance. Principle songwriter Kelly confesses how he drew inspiration from “getting caught in something so deep that you shut everything else out and forget how life should be. There is so much beauty missed…you can observe every day without realising that it’s this never ending movie. That you can make any decisions you want at any given time- it’s exciting when you think of it that way”

The band’s highly anticipated new album is the result of their ever evolving sound, Kelly admits "I think we’ve done a good job of simplifying the structures a bit and focusing more on stronger melodies and clearer messages, while still staying true to our signature King Washington sound”. This unique blend of folk, indie rock and 60’s soul, has been described as “The New California Sound”. Their leading single ‘My Reflection’ is evident of this, in it’s cinematic vibes, layered sampled beats and textured soaring harmonies, resulting in flurry of quiet intensity.

’Superman’ showcases the group’s strong influence of the 60’s/70’s, with powerful leading guitar melodies accompanied with building drum rhythms, heightening into a climatic resolution.  While ‘Evelyn’ demonstrates the band’s signature sound of harmonic indie folk rock with a hint of Americana.

It's the vocals and harmonies that initially stand out on 'My Reflection. That said they have firm musical foundations beneath them and the song all comes together thanks to some well refined production. 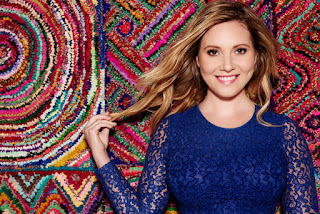 Background -  Rising country pop singer Polly Baker promises a captivating love filled adventure in her stunning sun-splashed video for "Wild". Baker has performed throughout the United States, generating a social media buzz that has garnered her radio airplay, interviews, and showcases. She has been the opening act for Chanel West Coast, W!ldcard, The Afters, and Melissa Manchester. More information on Baker is available on her official website.

The video for “Wild” is a fun and flirty ode to the thrills of young love. Baker’s adopted city of Los Angeles is front and center, as Baker and her beloved stroll the city’s shores and streets. The visuals are warm, vivid, and inviting. According to Baker, the aesthetically pleasing quality of “Wild” is purposely artistic in nature:

“I loved the idea of writing a song that allowed the listener to paint the story within their imagination. From driving along Laurel Canyon with my co-writer and penning the purple skies we saw that sunset as the first lyric of the hook to the red dress I had worn on a rainy day outing to Manhattan Beach...the melody and lyrics are a visual memory for me and I wanted to make sure that the music video captured those moments." Baker recently graduated from Berklee College of Music. She released her self-titled debut EP, produced by Grammy-winner Dave Darling, on June 3, 2016. Facebook here.

'Wild' is a melodic unpretentious country pop song. The music video makes a perfect accompaniment, sometimes that's all that is required!