Yeomans - My Fish Got Drunk.

Background - Garage rock bands always tend to weigh heavily on the retro vibe and Toronto’s Yeomans are no exception, naming themselves after the hardworking farmers of colonial America. However, their music isn’t quite that ancient. Glimmers of 60s fuzz pedals, melodic surf, psych grooves and reverb soaked vocals haunt the Yeomans’ sound.

The band formed in 2013, during the height of the Rob Ford crack scandal. Guitarist Kieran Heilbron met then Yeomans’ drummer Jocelyn while selling “Rob Ford Smokes Crack” t-shirts to raise money for the Gawker "Crackstarter" campaign. Realizing they were both into psych and both looking for a new project they started jamming and Yeomans was born, joined by Calgarian Ian Kilburn on vocals & guitar.

They do their heroes proud, throwing nods to The Chocolate Watchband, The 13th Floor Elevators and The Masters Apprentices.

Yeomans released their first EP in 2014, recorded in a ghostly church in a small town called Little Britain (not to be confused with the highly entertaining TV show). It has a powerful sound with remnants to an earlier time. Soulful lyrics and reverb-drenched grooves fill the listeners ears with tales of prophets, greek gods and revolutionaries.

“My Fish Got Drunk” is their follow up single, filled with sunshine soaked haze, and the band’s second splash at an instrumental surf ditty, accompanied by an equally playful music video directed by Kieran Heilbron and Dan Lee. Facebook here.

If the video doesn't leave a little smile on your face, take a well needed holiday. 'My Fish Got Drunk' is a delightful instrumental, with sunny good time vibes embedded deep. 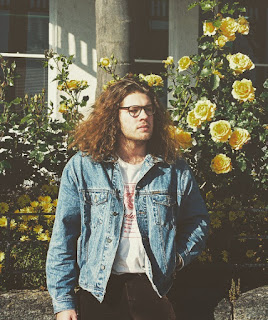 Background - 19 year-old Perth musician, Jack Arbuckle (aka Spencer Arbuckle), is excited to release his debut single ‘Shelf’ through The A&R Department on the 25th of November.

Born to two prominent West Australian musicians, Jack was taken on many of the orchestral tours that his father, violinist Ashley Arbuckle, was involved with. Travelling around Europe as well as at home in Perth as a toddler sitting on his Mother's lap during ballets, operas etc. This upbringing was obviously vital in forming Spencer Arbuckle as a musician himself. This classical upbringing was contrasted alternative, rock, grunge and punk influences resulting from older brothers who were both 90’s kids and grew up listening to the likes of Nirvana, Pearl Jam, Alice In Chains, Motley Crue, Beastie Boys, Genesis and Eurythmics. With other major influence coming from his mother, who lived through the 70’s flower child period, and was always listening to Fleetwood Mac, B-52’s, B.B. King, U2, Simon & Garfunkel, Creedence Clearwater Revival, and David Bowie.

Throughout a rather up and down year for Spencer, 2016 saw him write some of his most unique material, including his upcoming single ‘Shelf’, catching the ears of many of his peers.

“I wrote this song during an extremely tough time early 2016 in which I was losing the most influential person in my life. ‘Shelf’ is an insight into how many different emotions people can experience towards themselves and others when going through tragedy. Love, hate, fear, shock and the insecurity of a possible future without someone that you never envisioned not being there. While at the same time holding onto that slither of hope,” says Jack on writing his debut single. Facebook here.

'Shelf' oozes richness musically with perfectly matched vocals. Gently paced the expansive sound provides a fine background for Spencer's splendid vocals, and with a subtle melody throughout, this is play again material if ever there was. 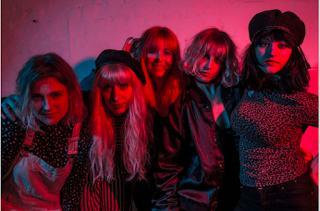 Background - After coming out swinging with debut dweller ‘Social Politics’, Yassassin spit right through with down-to-the-bone anthem ‘Pretty Face’. The new single from the London via Stockholm/Tuscany/Cambridge/Malmö/Brisbane five-piece explodes with a raw and straight forward message to the conformist and superficial pressures of ‘fitting in’. The foundations of ‘Pretty Face’, built from its murmuring bass line beginnings to the chants of its chorus, allow us to take a step back from our, at times, completely distorted society and embrace ourselves within our own skin. The accompanying video directed by No Tape Inside/T.K (Buzzcocks, Demob Happy, Blaenavon), runs parallel alongside the kaleidoscopic unruliness of Yassassin. Amongst hypnotically choppy editing, Yassassin howl, shriek and scream everything we’re thinking but too scared to say.

“We’re expected to look, dress and act in a certain way which has been forced into us through society’”, Yassassin explain.“ ’Pretty Face’ talks about the kinds of sexual harassment that a lot of women face every day , there’s still a lot of macho culture lingering on, which is so archaic and frankly unacceptable . The track is inspired about different types of manipulation too - how people can be blindingly manipulative in life, going from abusing someone emotionally and physically behind closed doors to then acting like the nicest person in town in front of a wider group.”

“ …What we’re basically trying to say is that if you don't have anything nice to say or do, then just don’t bother because you’re not helping to make the world any better. I may look one way or another, but that's not the whole of me, no one has the right to be so quick to judge.” Facebook here.

Passionate, down to earth, primal rock'n'roll, comes our way in the form of  'Pretty Face'. With a message and plenty of attitude to support it, Yassassin deliver a sonic blast of punk/garage orientated sounds, and they do it with great effect! 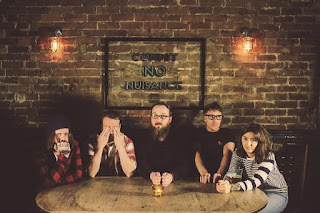 Background - “Hey Princess,” is the new single from Northampton 5-piece OhBoy!. Says lead singer Jay Brook: “The song was inspired by the disillusionment I've sometimes felt in certain crowds. It's about the people who put a lot time and energy into cultivating a version of themselves that they project through their clothes, their image, their Instagram feeds, which turns out to be disappointingly false once you attempt to scratch the surface.” The track is out now via Canvasclub (US) and Alcopop (UK), with B-side “Dirt” set to premiere on December 1st.

Hailing from "a town that was once known the world over for being the home of British shoe manufacturing (the local football team is still know as The Cobblers),” OhBoy spent much of summer '16 on the road, playing Truck Festival Camden Rocks, The Great Escape, and the BBC Introducing stage at Glastonbury. Fans include Steve Lamacq, Huw Stephens and John Kennedy.

"Don't get me wrong, I'm no chef, but if OhBoy! were a dessert, the recipe would probably be something like this: 1 x carton of Teenage Fanclub; 2 x large spoonfuls of The Pixies; Just a squeeze of The Lemonheads; Whisk with a fuzz pedal until thick, then sandwich between Pavement and Yo La Tengo. Pop it in the fridge overnight, and serve with just a sprinkle of Britpop." Website here, Facebook here.

'Hey Princess' has a nice edgy rock sound throughout, where the band blast along, and vocals and guitars vie for position. Under all of that is a constant energy level that hooks and re hooks the listener in.