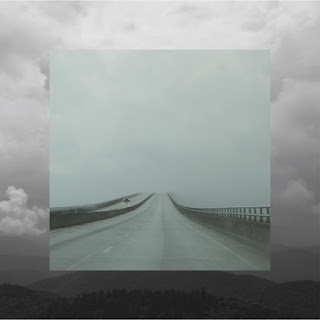 Background - ‘Going, Going…’ is the title of the widely anticipated ninth studio album from UK indie darlings, The Wedding Present, but, in typical Wedding Present fashion... it’s not a conventional release! Going, Going... is out November 18th in North America on HHBTM Records, the album tells the story of a road trip across the USA, revealed across a collection of twenty ‘linked’ songs, each with an accompanying short film.

Always challenging and experimental, the idea to release the new project in a multi-media format is something that has been marinating with bandleader David Gedge for some time. As he points out, work began soon after the unveiling of The Wedding Present’s 2012 critically acclaimed album ‘Valentina’. “I’d already decided by then that I didn’t want to make the next release just ‘another album’ and so I came up with the idea of twenty ‘interconnected’ pieces of music. Then, in the summer of 2014 I travelled across the USA with photographer Jessica McMillan and we made some atmospheric short films to accompany the tracks. Since then it’s been a case of progressing through the music, trying all sorts of ideas, seeing how they work set against the visuals.”

Recorded at Studios La Fabrique in the south of France and Parr Street Studios in Liverpool with multiple Grammy award winning producer Andrew Scheps (Red Hot Chili Peppers, Black Sabbath, Adele) the resulting twenty tracks represent arguably The Wedding Present’s finest work to date, with Gedge, as always, showing himself to be the unrivalled master at observing human relationships from an everyman perspective but with the touch and artistry of a poet.

Formed in 1985, The Wedding Present are one of the UK’s most longstanding and much-loved indie bands with eighteen UK Top 40 hit singles to their name. That’s not bad for a band that has, from its inception, stubbornly refused to play the record industry’s game. The breathtakingly honest love songs immersed in whirlwind guitars quickly caught the attention of the late John Peel, who said: “The boy Gedge has written some of the best love songs of the rock ’n’ roll era. You may dispute this, but I’m right and you’re wrong!” USA vinyl pre-order here.

From gorgeous instrumentals through to more typical Wedding Present fayre such as the featured 'Two Bridges' the new album is, put simply, fabulous! Where to begin with twenty songs (and another eight bonus tracks), I will just say, Wedding Present fans will I reckon be besides themselves, for everyone else, this might just drive you to go through the bands entire back catalogue, enjoy. 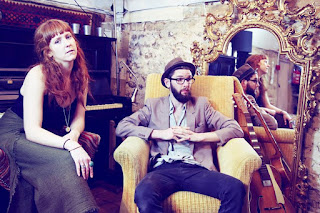 Hickory Signals - Noise Of The Waters.

Background - Brighton, England folk-duo, Hickory Signals are pleased to announce their second EP and new single of the same name 'Noise Of The Waters'.

Inspired by the sea-inspired James Joyce poem of the same name, ‘Noise Of The Waters’ is the second EP from Brighton folk duo, Hickory Signals. Made up of multi-instrumentalists Laura Ward and Adam Ronchetti, the pair combine strong vocal melodies with vibrant guitar, shruti, flute, glockenspiel and pulsing percussion; layering sounds carefully and minimally to create magical and atmospheric folk.

Making melodies reminiscent of music past, their inspiration comes not only from bygone songs and lyrics but also the illustrative world of literature and poetry. When singing ominously about 17th century soldiers burning down fields and stealing grain in ‘Irish Ways’ – the duo conjure up darkened images of Ireland’s past made all the more arresting by the conviction and purity in Ward’s voice. Elsewhere, traditional song, ‘The Unquiet Grave’ echoes Laura Marling’s sing-song, confessional style - with string accents adding a mysterious air to the tale of decaying hearts and lost love.

Title track, ‘Noise Of The Waters’ merges haunting flute lines with cleansing water imagery, offering a redemptive feeling that evokes a by-gone era of ominous storytelling, while ‘Take The Window’ descends into a raging revenge ditty, made all the more piercing by Ward’s clear and meandering vocal style.

Another, ‘Bows and Arrows’, sees the duo explore the mechanics of man-made arrows, traps and fishing lines for catching unattainable birds, deer and fish. The song states that building anything (bridges, schools, tools) requires education “but still there are things we cannot know…”. A cautionary tale that subtly explores the dangers of our human penchant for fixing and often, destroying.

Ward and Ronchetti are joined on this EP by Stick In The Wheel’s Ian Carter, who provides the production, and skilled violinist, Tom Pryor, whose sensitivity and musicality help make the collection an utter joy to listen to. Hickory Signals work stands out here as haunting, cinematic and un-rushed, cementing their careful, timeless sound as one to watch indeed. 'Noise Of The Waters' EP is out December 2, 2016. Website here.

'Noise Of The Waters' is a tender folk song, with a fine and pure traditional feel. The arrangement is crisp and clear as each instrument delicately supports the atmospheric vocals. The duo clearly know their craft and the folk music world is all the better for that. 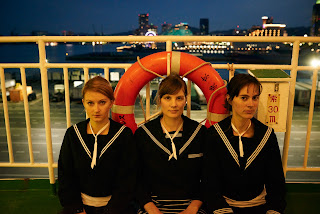 Background - Figures stream through the early-morning haze on the platform, or rest in the cozy comfort of a late-night compartment. Some are fleeing the horrible, some steaming toward a lover, a home, a new unknown city. The train cars rock and clack, lull and ache.

Amsterdam’s Snowapple chronicle the romance and alienation, the weird stories and intriguing characters of the trains as they ride the rails for their third album, Tracks (Zip Records; release: October 28, 2016). Along the way, they connect their globally informed, jazz- and improv-inflected home scene with resonant harmonies, clever arrangement, and dreamlike lyrics that span the heartfelt and the playful. Coupling a keen sense of the theatrical with exquisite vocals, the trio has an ongoing collaboration with several Amsterdam fashion designers, most notably Mo Benchellal.

Snowapple is a remarkable band. The three front women come from different backgrounds namely Jazz, Gospel and Opera. In the songs that they describe themselves as fairy-tail folk/pop/opera/impro, the three exceptional individual voices move into majestic harmonies. The girls accompany themselves on multiple instruments such as guitar, mandoline, keys, flute and percussion.

One of ten songs on the new album, 'Any Way' gives a good flavour of the quality and melodic nature, we find within their third album release. Vocals delight the musical arrangements are consistently good, this is another fine collection of songs. 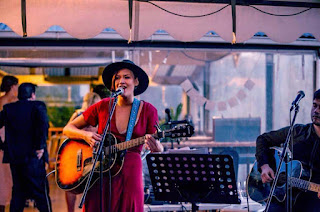 Background - Steph Jolly, Songbird, is an emerging Singer-Songwriter based in Adelaide, South Australia. Juggling work, study and having a heightened passion for songwriting has been a challenge, but also extremely rewarding personally, professionally and most pleasingly musically.

‘Street Walker,’ the debut release from Songbird, is an energetic, upbeat track, with plenty of sass and funk to get you grooving. Steph's honest and raw lyrics come straight from the heart and draw on past experiences and innermost thoughts and feelings. They express personal observations of a world sometimes cruel, sometimes beautiful. Live recordings have been utilised to create an upbeat, acoustic feel that excites the ears and reassures the soul.

‘Street Walker’ has received rave reviews locally and has been capturing attention all across the country. This success has also led to regular performances on the contemporary winery circuit, thanks to her gentle yet powerful vocals and warm, inviting presence.

Plying her trade in city bars, Steph has honed her craft by building her confidence and helping her create and develop the stage persona that is Songbird. Combining with the intricate yet melodious style of guitarist and longtime friend Michael Collins, Songbird is one of the freshest acts to come out of Adelaide in a long time. “Street Walker” will be released 11th of November 2016. Facebook here.

A simple stripped back acoustic song, 'Street Walker' is the perfect setting to showcase Steph Jolly's dynamic and melodic vocals. The energy and feeling comes across oh so well, no wonder the local interest, and hopefully wider audience soon.