Midweek Muse: The History Of Colour TV - AyOwA - In Light Of - Childcare 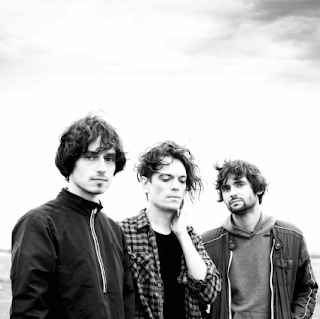 The History Of Colour TV - Wreck.

Background - Berlin-based trio The History of Colour TV is back with new music, presenting 'Wreck', the first single from their forthcoming third album 'Something Like Eternity'. For this, the band travelled to France in the spring of 2016 to record with Peter Deimel (The Wedding Present, Shellac, The Ex) at the legendary Black Box Recording Studio. The result represents a departure from their hallmark sound by bringing a raw, minimalist aesthetic to the new release.

Stylistically, 'Wreck' is a dynamic and open live recording with minimal overdubs and, in this respect, represents a snapshot of the overall album. With an elongated structure and narrative theme, the song itself blends melodic sensibilities with ragged guitar textures. Building on melancholic arpeggio patterns, 'Wreck' unfolds in intensifying sequences, crescendoing in a raging wall-of-sound that engulfs the song in a billowing cloud of guitars.

The History Of Colour TV was founded in Berlin in 2010 by British artist Jaike Stambach, initially conceived as a solo multimedia project involving noisy hypnotic output through audio, video and soundtrack offerings. Over the course of two albums and multiple EPs, released through Bruit Blanc and Saint Marie Records, the band has been unabashedly diverse in their approach, exploring harsh noise, sound collages and reverb-saturated dreampop, to the stripped-down rock of their more recent offerings. They also toured extensively while establishing their notable presence within the Berlin music scene. The current lineup also includes Markus Mocydlarz and Janek Sprachta. 'Wreck' will be released digitally on November 25. Their album 'Something Like Eternity' will be released in early 2017 via French label Cranes Records and the band's own imprint Weird Books. Website here.

'Wreck' has a raw live feel, not surprising as it was pretty much recorded that way. The play between guitar and vocals works well, and the rhythm adds energy and direction. 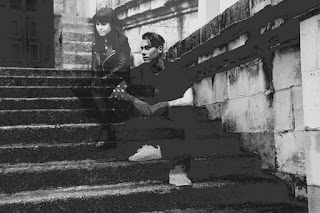 Friends Nicolai Kornerup and Hannah Schneider turned their companionship for musical alchemy when they started creating electronic music together as a band AyOwA. The two spent a summer in Valby to experiment with modular synths and old tape machines, and began to make their dark and evocative electronic pop songs.

"On the first floor there is no home. It has not been long." Take a little Underworld, mix it with a little Aphex Twin and sprinkle a bit Cocteau Twins on top and you land somewhere near AyOwA's second single ‘Newcross’. Still sung in Danish, AyOwA travelled through the past of familiar streets in London’s New Cross while looking at the dark windows and abandoned apartments and wondering where everyone went. Facebook here.

It's been a while since I've been around 'Newcross', a part of London I used to drive through regularly. So it's interesting to hear a song sung in Danish about said place. However this is a superb track with intricate sound mixing with dreamier vocals, the promo description above kind of nails it. 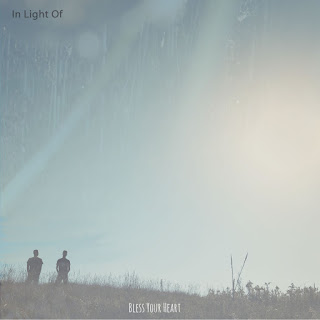 In Light Of - Bless Your Heart.

Background from Jason & Sandy (In Light Of) - The two of us live in different cities without any mutual connections. We met when Sandy responded to a job posting of mine and quickly bonded over a shared appetite for the kind of boundless sonic exploration found in post-rock (and the like). It's been a long-distance relationship ever since.

We're truly the perfect pairing. Sandy's known as the idea starter or "vibe setter". He sent me a rough idea that he captured on his iPhone. I took it, developed and finished the track in my studio, and kept many of the original lo-fi recordings in the final mix. This is a song writing formula that works perfectly for both of us.

Sandy and I have never written a song together. That is together in the same room, or even the same city. Yet, all five songs on this debut EP, Little Treasures, were pieced together from ideas shared from one device to another, many kilometers away. And now for the first time, through the magic of technological advancement, it's in your hands to listen and consume. Facebook here.

'Bless Your Heart' is a soothing and flowing piece,that builds beautifully in all it's ambient glory. It's good to feature instrumental music when we can, with this song its a real pleasure. 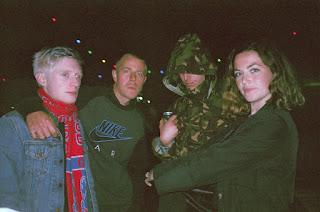 Background - 'Film Club', the formidable new single from arch capital-city rockers Childcare, will be released on Lost in the Manor Records on 18 November. Childcare are supporting Bastille on their nationwide arena tour ahead of the release. Channelling post-punk, slacker rock, G-funk and bhangra, ‘Film Club’ – inspired by Childcare singer/songwriter Ed Cares’ trips to cinematic gatherings in order to impress a fellow attendee – evolves from unruly beginnings into a lick-laden dual-person narrative rich in celluloid reference. Set this to a jagged guitar refrain and riotous global beat, and you have a track brimming with killer hooks, cultural nous and compelling wit. One for the canon of intelligent British pop, ‘Film Club’ is a key exemplar of Ed’s smart, skilful songcraft, as well as his band’s singular sensual verve and ear for the cream of new wave.

It's 2014 and Ed Cares sits contemplating the formation of an oxbow lake. Despite being one of west London's most in-demand male nannies, Ed isn't entirely content with his lot. But, overheard humming a song he had written years before, Ed is persuaded by Katie, aged six, to form a band. Josh, eight, boldly proclaims: "You're probably my second favourite artist after Katy Perry." And so, after sourcing some neighbourhood musicians capable of living up to Josh’s heady billing — specifically Emma Topolski (bass), Rich Legate (guitar) and Glyn Daniels (drums) — Ed now had an able band to perform with under the only logical moniker in the circumstances: Childcare.

Enthused with the energy of punk, drenched in the off-kilter pop sensibilities of Missy Elliot, the infectiousness of The Police and a by-numbers approach to songcraft akin to Happiness In Magazines-era Graham Coxon, Childcare played some of their first shows at the Reading and Leeds festivals, and soon released their debut single 'Omega Grey'. The song gained radio play from Annie Mac, Huw Stephens and Steve Lamacq, was named Track of the Day at Radio X, playlisted at Amazing Radio and garnered extensive blog coverage from the likes of Clash, Indie Shuffle and more. Also paying close attention were Lost In The Manor Records, who, after witnessing Childcare at one of their vivid and visceral live shows, wasted no time in proffering a contract. Facebook here.

'Film Club' is rapidly clocking up the listens, and it's hardly surprising with this feisty and potent song. If the rhythm doesn't get you the upbeat vocals and guitars could well hook your ears! 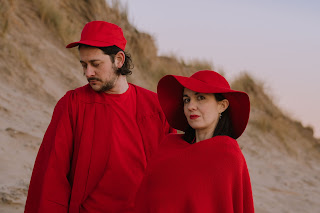