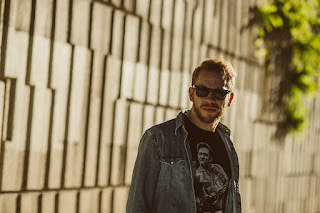 Youngsmith - I Will Not Forget.

Background - Otherwise branded as Youngsmith, Dan Smith is usually a man with a guitar and a bunch of ballads. A veteran of the Brisbane local live music scene.

He opened up his latest Australian Tour in August with a show at Brisbane’s Bearded Lady with tracks off his Light EP as well as new tracks ‘Wither’ and big-hitter ‘Red’ — the latter a sweet ditty about his auburn girlfriend which, after its May release date, took on a life of its own on the national radio circuit reaching the US through KPFK 90.7 in Los Angeles, San Diego, Ridgecrest and Santa Barbara, California.

After the tour launch, Smith played all over the country also garnering airplay from national community radio and Triple J’s Root ’N’ All program. New single “I Will Not Forget” for the first time leans Smith towards stadium rock territory, like ‘When I Grow Up’ by Garbage or ‘Everlong’ by Foo Fighters. Catchy hooks and beats surround lyrics speaking of personal demons and learning from your missteps along the way.

“I wrote about half this track a few years back but the main hook and chorus lyrics have always stayed with me. The starting lyrics ‘My demons, are chasing me, it takes all my will to keep my feet’ always felt like a metaphor for life. Everyone has something that bothers them and it takes effort not to lose your way. The more I remember both the good and the bad, the more I can be grateful for the moment.” - Youngsmith

Smith has worked among the Brisbane music scene for over a decade in various forms, providing an important part to the songwriter and band landscape. Recently working with producers Bryce Moorhead (Violent Soho) and Timothy Carr (Matt Corby) has given Smith a wider audience through singles ‘Red’ and now the latest release. Recording in his home studio and collaborating with producers both locally and interstate allows Smith to progress from singer-songwriter to more catchy territory. Website here and Facebook here.

'I Will Not Forget' is a crisp indie rocker, where the song builds into a powerful almost anthem like piece, with hooks galore running right through it! 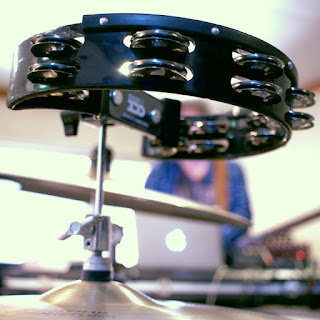 Background - Two guys and a bunch of junk with a broad taste and an open mind mixing the old with the new. Modern technologies and 30+ years of live stage experience and the musical input ranges from Alan Lomax to Roxy Music and from Charlie Parker to Led Zeppelin. On stage you will find computers, a double bass, foot pedals, vintage amps, midi controllers, an old drumkit and lots of cables. All of this handled by the two band members.

'Duck' is one very addictive track. It is a fabulous blues instrumental that as mentioned above, mixes old and new together, and let me add - the duo do it seamlessly and beautifully.