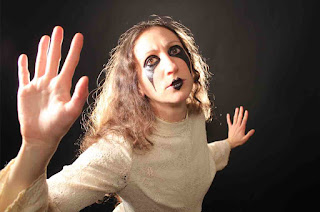 Background - Rachel Mason presents the new 'Roses' video from new 'Das Ram' LP. Performance artist Rachel Mason presents the video for 'Roses', a track from her new album ‘Das Ram' LP, co-released by Los Angeles-based Cleopatra Records and artist-run cassette label Practical Records present  new album ‘Das Ram'LP. Comprised of eight tracks, this album conveys the stories of specific characters, who define and delight in their own realities and cosmologies, and individuals who create their own world views, their own religions, and fantasy lives.

'Das Ram' is an inversion of the name of renowned healer Ram Dass, and also a play on Mason's own initials, Rachel Ann Mason. The track “Roses”, produced and co-written by Jeff Hassay, is a powerful anthem with Mason's crisp sonorous vocals and positively loaded drive.

The 'Roses' video was produced and directed by Los Angeles-based artist team BeckandCol. They also contribute costumes and choreography, while Mason created the masks, one of the hallmark features of her live shows. In their work, BeckandCol use humor and chaos to investigate the crisis of human exceptionalism.  “Their work explores alternate universes populated with monsters, who obsess over humanity and emulate its dominant attributes," says Rachel Mason. "Their monsters resist any classification built on hierarchy or a merely binary opposition and instead exposes hierarchical behaviors as absurdities, forcing a rethinking of social and cultural norms.” Website here, Facebook here.

The first of eight songs on the 'Das Ram' album, and the second one featured on Beehive Candy is 'Roses'. Das Ram is a really fine album that I feel deserves a second mention by ourselves. Beyond the visual performance art, musically Rachel delivers some intriguing and very appealing songs, definitely worth checking out. 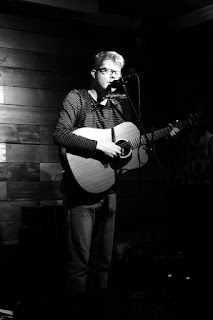 Available in digital download or CD format from his Bandcamp page, the collection of tracks forming this independent release is a journey from the sonically bizarre to mournfully beautiful.  Radiating with the subdued vocal-tone delivery of Leonard Cohen, Johnny Cash, Lou Reed and Ian Curtis (Joy Division), the home recorded efforts of Kruman show the artist at is his most stark, humble and organic. Natural performances with an attitude to embrace nuances and imperfections. Lo-fi and minimalist.

Originally hailing from Middlesbrough (UK) James has stood out from the regional music scene as an unpredictable and unique songwriter evolving his own recognisable voice and the 'Twitch' album flows with fascinating and unpredictable directions from trippy 60's psych rock experiments to folk/country blues tinged parodies and new wave electronica. The inability to classify Kruman's music as any specific genre, has led him to share stages with everyone from folk songstress Bella Hardy to indie legend Tom Hingley (Inspiral Carpets). Facebook here, Bandcamp here.

James Kruman's distinctive vocals and the fabulous music of 'Country Sigh' are a wonderful match. This for me is a very addictive song, and the lo-fi alt folk description above saves me from having to work out how best to describe the track. Time to get over to Bandcamp and indulge in more!