Quality Not Quantity: Jess and the Bandits - Astari Nite 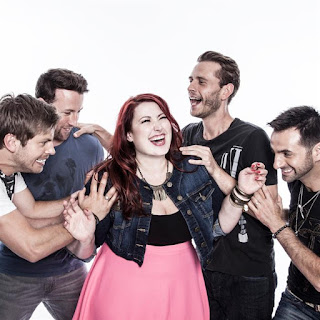 Jess and the Bandits - I Don't Dance.

Background - When she agreed to open for Boyzone on their BZ20 tour at the close of 2013, Texan singer Jess Clemmons didn’t realise she was about to embark on the tour that would start the next chapter of her career. Taking her new EP, What If, on the road, she bonded with her backing band and by the end of the tour knew that her music career was not going to be continued as a solo artist. Jess and the Bandits was born.

In January 2014, her single Single Tonight broke onto the to Radio 2 playlist and Jess found herself a loyal, dedicated fan in Sir Terry Wogan, who invited her in for her first Radio 2 session. Covering Glen Campbell’s Wichita Lineman, her rich vocal prompted Sir Terry to state, ‘that was the most fabulous song that I’ve ever heard’.

Taking time to focus on writing and recording the band’s debut album, Here We Go Again, Jess focused her efforts on her regular column for Female First. When the band returned in September 2014 with the single My Name Is Trouble, The Daily Mail praised her as ‘the most powerful voice this side of Adele.’

By the launch of Here We Go Again in April 2015, the band had sold out their debut headline show at Little Rabbit Barn and blown the audiences away at Country2Country. The album stormed to #6 in the Official Country Charts. With the album’s lead single You Can’t Stop Me once again on the Radio 2 playlist, Jess had teamed up with Evans to front their #StyleHasNoSize campaign. Recording the music video to Nitty Gritty, the campaign’s official anthem, Jess revelled in following in Beth Ditto and Chaka Khan’s footsteps as an ambassador for the brand.

2016 also marked the band’s debut headline tour, another summer of festival appearances and the release of a deluxe edition of their debut album, which once again entered the Official Country Charts Top 20, while The Boot and Spotify championed the band’s single Ready Set. Website here.

We have featured Jess and the Bandits a couple of times previously on Beehive Candy, the last time was way back in March. The brand new lyric video for 'I Don't Dance' seems like a good enough reason for another mention, needless to say it's of the fine calibre a growing number of folk are getting use to by the band. 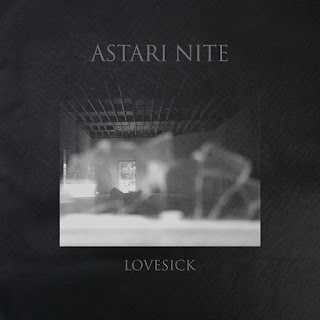 Background - Like every year, Astari Nite continues its tradition of releasing new music for the holidays. It is a custom dear to the band and fans alike. This year the band presents “Lovesick” a clean sounding flashback to the celebrated love songs of the new wave and post punk era. The lyrics remind one of The Cure, New Order, while the music is more energetic, with old school guitars and moderns synths.

The single was produced by Rees Bridges who has worked with Dirty Vegas, Pete Doherty and Tears for Fears. The mastering was done by Emily Lazar whose stellar work trajectory includes David Bowie, Depeche Mode, Foo Fighters and Sonic Youth to name a few. "Lovesick is about rejoicing in the memory of those who have passed on in our lives, whether it is someone we know and or admire. I'd like to think of it as a Eulogy or an anthem for saying goodbye." - Mychael Ghost

Astari Nite has headlined numerous shows, as well as opened up for many national acts such as Peter Murphy, The Psychedelic Furs, ColdCave, She Wants Revenge, Assemblage 23, VOWWS, Modern English, Andy Rourke of The Smiths among many others.

2016 Highlights - The single "Always Like Yesterday" was included in Spotify's Fresh Finds playlist (January). Released a music video for the single "Always Like Yesterday." Released second LP titled Until the end of the Moon (May). Toured the U.S East Coast in support of the album (May). Opened for She Wants Revenge (June). Single "The Boy Who Tried" featured in Everglades Killing Movie. Facebook here, and Website here.

Third time around this year on Beehive Candy for a band who seem to impress me further, with every new song and 'Lovesick' is no exception. Astari Nite again mix tight rhythms and distinct vocals with a simmering power throughout the track.