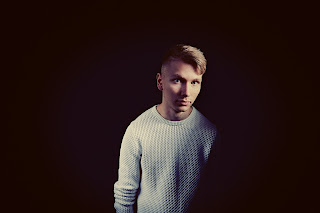 Background - ‘Noir’ is an upbeat jazz/house hybrid track from the young Australian producer Ezrato. Incorporating musical elements inspired from the neo-noir film genre, the song revolves around the dangers of having an addiction to a person one admires and the grave consequences that can occur when things don’t work out. Ezrato (born Eric Christopher) begun his musical journey through taking up piano at age 4.

After developing an interest in electronic music during his teenage years, Christopher grew a passion for producing covers of popular EDM tracks, recreating the sound design elements from scratch and collaborating with local vocalists. The young producer also gained an online following through regularly posting self-arranged piano tutorials for popular new music on YouTube.

Growing up in a family of musicians, Christopher later decided to utilize his musical experience as a pianist and producer to write his own original compositions. ‘Noir’ is an original track by Ezrato featuring vocals from Australian singer, StellaRhymes. Production first started towards the beginning of 2016 in Tasmania, Australia and after being developed intermittently for almost a year, the track was released in December 2016.

“‘Noir’ is a combination of two of my favourite music genres - jazz and house. The idea came to me when watching one of my favourite TV series - Gotham. Centering around a detective assigned to dispel crime from an anarchic city, I was transfixed by the edgy, Chandler-esque and slightly anachronistic atmosphere of the show’s setting. This inspired me to try and embody this neo-noir film approach in a song. Lyrically, I drew from my own experience of addiction with both love and lust. To create cryptic layers and fit with the neo-noir theme, I utilised metaphors using terminology often found in the murder-mystery genre of film and other media. The result is an ambitious and somewhat sultry jazz/house hybrid that sets a very specific atmosphere,” says Christopher on the inspiration of the track. Facebook here.

The introduction of the above promo piece possibly says it all by stating "Noir - is an upbeat jazz/house hybrid track". Well maybe everything, I would add that, the song really does mix these genres and very cleverly, as if both styles have been put in blender and perfectly mixed together, vocally and musically. 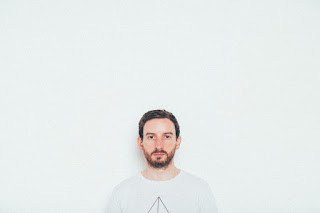 The record was conceived as a soundtrack to a new series of 11 pieces of video art, each exploring a different facet of the concept of ‘emergence’. The full A/V live show will premiere on the road with the Autumn dates below, including Mutek in Japan. Together the work is a marriage between the cosmic awe of a Carl Sagan film and the musical wonderment of Sigur Ros, made for meditating on the mystery of our emotional connection to fundamental natural form.

Cooper collaborated with film composer Tom Hodge and vocalist Kathrin deBoer to put together a rich piece of music that incorporates post-rock, Warp-y brain-dance, hi-def digital techno and shimmering neo-classical.  Few musicians are as qualified as Max to tackle as profound an idea as ‘emergence’ through electronic music. Emergence is the story of the development of the universe, the way in which, very complex things like human beings where created from the immaterial by the action of simple laws.

Max received a Ph.D in computational biology in 2008 with research on the evolution of gene regulatory networks and was a geneticist at UCL before he switched to music. To this end he collaborated with artists Andy Lomas, Nick Cobby and Henning M Lederer plus mathematician Dugan Hammock from the University of Massachusetts. In each chapter of the AV, the focus is on the beauty of the natural laws and processes in operation, with a mixture of real data visualisation and films. It interprets the deep structures and principles that give rise to the familiar physical universe, such as symmetries, the distribution of the primes, waves, spatial dimensionality, and the action of the physical forces on matter. Later films tackle the emergence of biological forms, thought and eventually a darker turn into the structures and systems of human civilisation.

Max has synthesised his skill as a producer and his deep interests in science to create a Hadron Collider-grade ambient techno world, in the lineage of The Future Sounds of London’s ‘Lifeforms’ for 2016. It’s also one of the most beautiful records you’ll hear all year. Website here.

With 'Order From Chaos' we get a fabulous video that matches the intricate and beautiful music. One of the best examples of music and art (and more) coming together, that I have seen and heard this year. Emergence has become a must have for me. 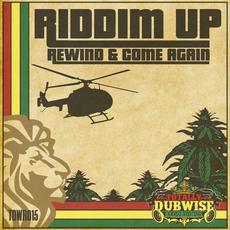 Background - With the amazing response we had to "Riddim Up" last year we decided it would only be fitting to sign the year off with another heavy weight LP!

The release features music both old and new as well as a few new remixes of our back catalogue.

Featuring a wicked selection of Producers & Artists from up & comers to straight veterans, making for a refreshing mix of sounds and perspectives on the Roots sound we all love. Facebook here, Bandcamp here.

'Riddim Up-Rewind & Come Again' is a melting pot of  reggae and dub styles and ideas, that lovers of these genres really should check out. To help, you can get a taster of each song and the new remixes below, enjoy!