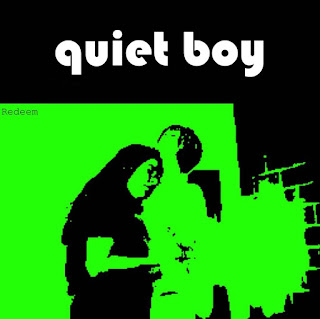 Background - Redeem is the first single to be revealed from Quiet Boy’s debut EP Earwig, due for release in Spring 2017. The track showcases a bold song writing and vocal approach that comes directly from the heart. It's hooky, infectious, heartbreaking dream-electronica.

Quiet Boy describes his music as a ‘coming of age symphony’. Drawing on his vast musical memory from nursery rhymes through to contemporary electronic music, he chews up and spits out influences, creating something utterly new. Quiet Boy is a project born out of nostalgia, but far from throwback. Website here, Facebook here.

'Redeem' mixes intricate music with more rhythmic vocals and just unfolds from there. Changing tempo and style along the way kept me intrigued and leaves me looking forwards to more. 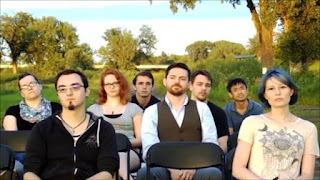 Background - “Waiting Room” is a re-imagining of Fugazi's hardcore classic in December’s Children’s unique Americana style. The Waiting Room EP has received strong early support from commercial and public stations in the U.S. that supported the last album, radio play in the UK and Canada, and regional print press coverage. The band has two television appearances scheduled for 2017, including a full episode feature on Prairie Musicians on PBS. A tour in support of the new album is scheduled for spring of 2017, building on their very successful 2015 tour in the upper Midwest.

December's Children saw tremendous success in 2015 with their debut album, Skeletons with over 100,000 streams and downloads, airplay in over 20 states and three foreign countries, and is still growing at a progressively faster rate. Waiting Room follows it up with a wide ranging EP that is led off with an Americana style cover of Fugazi's seminal classic. The album also includes four originals - "Suit of Gold", "Dogs of War", "Infinity + 1", and "Fallout". The group's third Brink Records release will be out next summer. Thank you for your support of this truly unique group!

Two versions of the video for "Waiting Room" were produced. One has been released and the other, a colorized variant of the original, came out on December 16, 2016. The video for "Suit of Gold" comes out in January. Website here and Facebook here.

If your going to re-imagine a song then an Americana makeover seems as good a place to go as any. December's Children have done just that with 'Waiting Room' whilst retaining the energy and passion of the original.