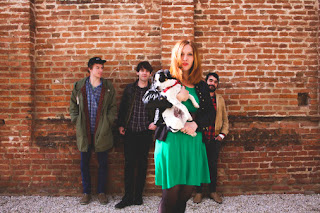 Background - It’s been quiet for some time for Miss Chain and The Broken Heels, the extensive touring after their second album (The Dawn, released by Burger, Bachelor and Tre Accordi), band members went their own way to persue solo careers, starting a booking agency, buidling a studio, and just taking a breath, italian style. After few months things started to get togetheragain, they did some shows in the spring of 2016 and baboom: Here is their new classic two song single, fresh and new, as if there hasnt been some kind of hiatus.

You can easily hear it exactly 1 second after you let the needle drop on the Side A track, after few chords Miss Chain and the gang ooozes a warm feeling into your head and heart! Hell, they are back, with all the goodtime melodies enriched with their typical melancholy vibe. While the first track is a classic uptempo powerpop tune, the flipside presents a slower hipshaker, and although the velocity has been taken out this one is still a fine, mellow mood maker that leaves you hungry for more!

This single has been pressed in limited edition, so you should hurry to snatch a copy. Both albums has been sold out as did most of the other releases of their meanwhile huge discography. A couple of shows are planned for the last two months of 2016, a bigger tour through europe is in the works for 2017, as well as a third full length. Bandcamp here and Facebook here.

'Uh Uh' and 'Standing The Night' are a couple of upbeat Rock'N'Rollers that just groove along, with a classic and oh so pleasing feeling, from start to finish. 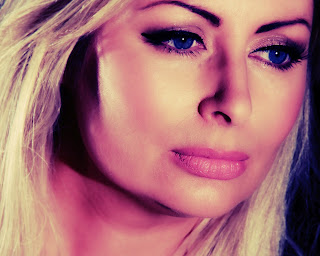 She attended the Holy Faith Convent in the Coombe, Dublin 8 where she was taught singing and dancing from the age of 7 by the Holy Faith nuns and grew up with her father playing piano and her mother singing along while encouraging all the children to join in Sunday afternoon singing around the piano.

In 2007 Colette was asked to be a guest singer on a 10 day tour of Ireland with Johnny Cash’s guitarist, Bob Wootton from Nashville, Tennessee.  This tour gave Colette the confidence to begin writing and recording her own songs eventually leading to her debut album ‘Further Down The Line’ drawing on many country influences. Colette has been regularly performing in Dublin and the surrounding counties as well as having many requests to sing at numerous events including RTE television’s ‘Franc’s DIY Brides’.

In 2014 Colette’s song “Rebekah’s Lullaby” was used in a short film “Skunky Dog” written and directed by James Fitzgerald of OIC Media and has won 13 awards to date to include Winner of Best Short Drama at the Royal Television Society Awards in RTE. In November of 2015, Colette started working and recording her new songs with Martin Quinn Producer and Owner of Jam Studios in Kells, Co. Meath which are getting extensive radio and internet airplay on BreezeFM, EastCoastFM, SpiritRadio, SouthEast Radio to name but a few and all across the USA.

Her music videos, including fan-favorites “Hold On”, “Someday” and her latest release “Last Kiss”, have received an especially warm reception in the US market. These videos have appeared on television screens spanning from New York City to Los Angeles and everywhere in between via music video outlets such as Bongo Boy TV, THECOOLTV, R n R TV, Video Diversity and H2O Television, to name a few. Website here.

Colette Kavanagh is another artist who slipped quietly under our radar earlier this year, and the song 'Hold On' is just to fine a piece to ignore. A gentler more middle of the road ballad, may not be the first type of song you might expect here on Beehive Candy, however Colette has such a dreamy melodic voice, so why not!