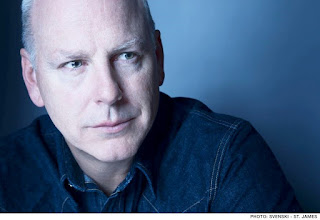 Millport delivers a stirring though perhaps unexpected reinterpretation of the classic Laurel Canyon country-rock sound alongside Graffin’s insightful lyricism, all propelled by some esteemed colleagues from the LA punk scene including Social Distortion members Jonny ‘Two Bags’ Wickersham, Brent Harding and David Hidalgo Jr., with Bad Religion co-founder Brett Gurewitz producing.  The resulting record is less a reinvention then a creative liberation -  a group of Los Angeles musicians at the peak of their game, playing a brand of music they genuinely love.

As Graffin explains, “This feels as exciting to me as when we made the Bad Religion record Suffer. Like everything had been leading up to the songs and they just happened totally organically in this short intense burst. I’m really just doing what I did back then, which is write songs that mean something to me and deliver them in a way that is completely honest.”

Album producer and Graffin’s longtime Bad Religion collaborator, Brett Gurewitz, adds, “It’s the two songwriters from Bad Religion and the rhythm section of Social Distortion, two influential LA punk bands, getting together to do an authentic country rock album, a genre most would think is the absolute antithesis of punk rock. But I think it sounds great. Both are iconic Southern California genres. It’s like the Laurel Canyon sound played by the kids who were smashing up the clubs a few years later.” Greg Graffin will be performing at the forthcoming 2017 SXSW Festival in March. Facebook here.

'Making Time' suggests that the March album release of Millport is something to look forward to. The juxtaposition of punk and country rock, is noted above, however this is a really fine song, and it may well be that the punk roots, will indeed keep the lyrics focused and intriguing. 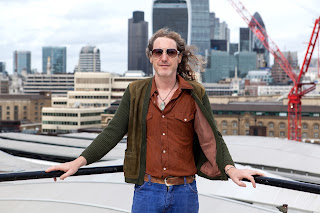 Background - James McArthur releases new video for single 'Burnt Moth' taken from the album of the same name, due out January 20th. It takes place up, on the rooftops of London, with a setting sun and a simple delivery, to capture the peaceful, poignancy of the song. And with more news being promised for 2017, all eyes are on McArthur.

‘Burnt Moth’ is the second album from Welsh-born, London based folk singer/songwriter James McArthur. Having acquired years of experience as a stickman to various big names, he moved front stage to create his debut album “Strange Readings From The Weather Station” which was met with much well-deserved attention from the likes of Uncut, Prog and Record Collector.

This record captures modern folk at its best. James McArthur’s sincere yet tranquil vocals guide the wandering melodies of this album through the different folk scenes of the past, while the playful lyrics cast a contemporary feel onto a perhaps previously dusty setting. Songs as soft as sunlight trickling down through autumnal leaves are grounded by the sheer musical skill of McArthur and his intricate Jansch-like guitar plucking.

His previous release ‘Strange Readings From The Weather Station’, was showcased in the unique venue of a tiny caravan to audience members two at a time, now ‘Burnt Moth’ looks out on to a fresh site. Comforting and familiar yet with a perspective like no-one else’s, this collection of songs will grow with you from the moment you hear them. Website here.

The musical arrangement on 'Burnt Moth' is so well crafted and provides just the right background for James McArthur's gentle and melodic vocals. This is a real tease to check out the album! 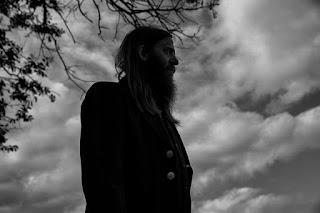 Torgeir Waldemar - The Bottom Of The Well.

Background - Torgeir Waldemar has shared the new track "Bottom Of The Well". The new album "No Offending Borders" will be released March 17 on Jansen Plateproduksjon.

Torgeir Waldemar took the Norwegian people and music press by surprise with his eponymous debut album in 2014. Who had thought that the black-clad, long-haired and bearded man would deliver an album that captivated and moved us as much as it did. An acoustic masterpiece that sounded like it came straight from the rehearsal room of a young troubadour from Laurel Canyon in the seventies.

While his previous album cultivated a pure, acoustic sound, we get more rock music this time, and for Torgeir Waldemar nothing is more natural. With his background as a guitar hero in various rock bands, it was only a question of time before distorted tones would assert themselves in his solo career. No Offending Borders is a gloriously composite work with both dead honest acoustic laments and grandiose rock songs.

The chair on the cover of No Offending Borders is from Kviknes Hotel in Balestrand. This is the chair that Wilhelm II, the King of Prussia and Emperor of Germany, was sitting in when he was told that World War I had started. Wilhelm II was a friend of Norway and spent much time on the west coast in the early 1900s. What would you have done if you were sitting in that chair and received that message? Sit down, think thoroughly about it, while you’re listening to No Offending Borders. Website here and Facebook here.

We first featured Torgeir Waldemar just over a month back and it's a pleasure to include the new track 'The Bottom Of The Well' today. This is a far more acoustic affair and has the powerful and passionate vocals to the fore. Torgeir is a fascinating artist, the new album sounds very promising. 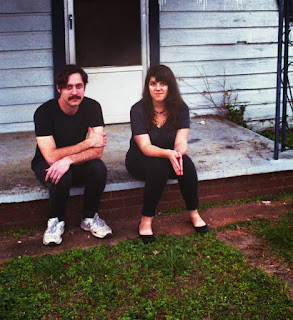 In just under a year since releasing their last album “Versus,” Eureka California are back with a new single,  “Wigwam.” The band had a set plan in mind when going into the studio: get in and knock it out and release a single to hold over ‘til recording the next full length. With “Versus” they went overseas to the UK and recorded with MJ at Suburban Home, but for “Wigwam” they decided to record here in their hometown of Athens, Georgia, with Dave Barbe (Sugar / Mercyland / Dave Barbe & the Quick Hooks) at his Chase Park Transduction Studio. Wasting no time, they recorded and mixed the single in one afternoon. A single on a tight budget, three tracks in under 8 minutes, hand-decorated sleeves -- everything about this is economical. Eureka California have two brand new tracks, “Wigwam” and “Only Birds (No Feathers)”, and a cover of Superchunk’s “Slack Motherfucker.”

Both the band and their label HHBTM Records wanted to make a statement with this single. The current trend is labels charging upwards of $7 for singles -- they are bringing the 7” pricing back down to reality and selling the single for $3 direct and hopefully no higher than $5 in stores (can’t really control how stores mark up records). By recording, mixing, and mastering in one session, and by  getting creative and DIY on the sleeve both, band and label can let them sell for roughly cost. There was a time when labels used singles like an advertisement to get people to buy the full length album. A promotional item. No one really thought of singles as something you do to make money. So, not only did HHBTM make the single $3, but went back and marked all their back catalog singles down to $3 as well. Facebook here.

'Wigwam' is a feisty and thunderous song, a good old rock'n'roller that cuts out the nonsense and just blasts any cobwebs away.