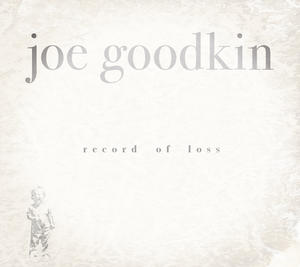 Background - Joe Goodkin’s musical career took an unusual turn when he wrote a thirty-minute adaptation of Homer’s “The Odyssey” for voice and guitar. For years now he has been a travelling bard performing this piece all over the country. It’s the same ethos that has worked its way into his trinity of EPs, starting with Record of Life and now continuing with Record of Loss.

If you’re unfamiliar with Record of Life, the 6-song EP is an extremely personal record—sorrowful, profound, and a reminder of the human condition. It’s a visual record in that his lyrics provoke powerful imagery and have you examining your own life in the process and taking comfort in the fact that you aren’t alone.

On both Record of Life and now, Record of Loss, Goodkin takes his personal experiences and makes them accessible to his audience. As online music magazine Pop Matters points out, “Incredibly straightforward is the prescription by which Goodkin stands…and the beauty of its simplicity is absolutely able to be felt.” Record of Loss is the 2nd in a Trinity of EPs:  Record of Life, Record of Loss and Record of Love (To Be Released Summer 2017). Website here.

One of six songs on the February 10th EP release 'Never Come Back' is perhaps the most stripped back of the collection and gives a fine example of the emotion and feeling that typifies the collection. 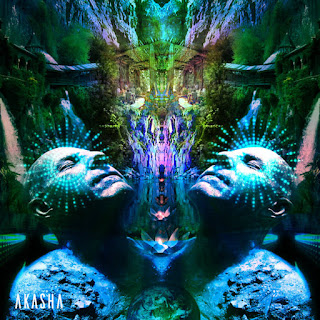 Upon listening to this stunning EP you'll enter a sensual world of electronic meets organic instrumentation. The arrangements are comprised of organic beats, symphonic layerings and soaring female vocals.

It’s a highly danceable poly-rhythmic creation that will take you on an enchanted inspiring adventure with roots in global grooves, break beats, chill trap and divine orchestral arrangements. If you’re looking for an uplifting next level musical experience then this is it. Bandcamp here, and Facebook here.

'Akasha' is the first of six tracks in the new EP and the above description "electronic meets organic instrumentation" is spot on. This is a creative and delightful feast of trip hop music, absolutely wonderful! 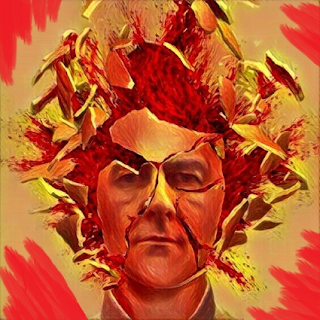 Equinox explains: "It's about true love. One that you feel will never fade. One that will last for all time. Your lover is your best friend and will never leave your side. Then, the dark side of my poetry appears - the depression that has followed me all my adult life. All alone after the split. All is lost. Life descends into darkness. All is lost."

When William Blake penned his often recited poem 'Jerusalem' about the North West of England (more specifically East Lancashire), he could almost have been unwittingly setting the scene for the work of Equinox.  Those ‘dark Satanic mills’ are practically a metaphor for the depression that is prevalent within the poetry and the ‘mental fight’ that has virtually become a daily battle.

The poetry of Equinox takes no prisoners, with subject matter ranging from male suicide to prostitution, but with equal amounts of undying love and devotion. But Equinox isn't just about poems, but instead stands to break down some misconceptions about the spoken word genre. This artist is already working on his debut album 'It’s Hard To Be Happy When Your Head Is Full of Sin', which is planned for release in late spring 2017 and will involve numerous key musical influencers he's met over the last few years.

Dementio13 is a Cardiff-based producer, who makes music which has been variously described as 'ambient acide', 'electronic post-rock' and cinematic with Krautrock-influenced drones.Facebook here.

We have featured the occasional spoken word piece on Beehive Candy and 'Goodbye' really grabbed my attention, especially as the soundtrack is the perfect companion for the words, in this imaginative single. 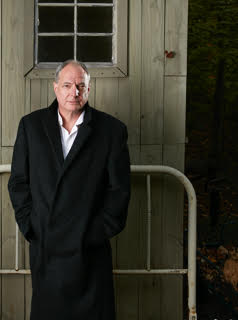 Tobin Sprout - A Walk Across The Human Bridge.

Background - Tobin Sprout's second single "A Walk Across The Human Bridge" has been released. How do you bring a child’s curiosity to life? For Tobin Sprout, formerly of indie rock icons Guided by Voices, the answer is to revisit it with the wounded tenor of an ageing piano man; someone searching, desperately, for his place in the cosmos. The Universe and Me is Sprout’s sixth solo album; hatched during a seven-year gestation period that included unearthing lost recordings (the single, “Future Boy Today/Man of Tomorrow” for one, was being saved for GBV), and digging through a treasure chest of memories in his home studio in Michigan, where Sprout composed behind his shambling grand piano and trembling, boyish voice. Each home recording was captured live with Sprout’s new band — which led to marvellous imperfections.

The Universe and Me takes  a deliberately primitive approach that focuses on feeling, as opposed to production. The result is a vague bridge  between the ballads of psych-era Beatles,  and the haunting vulnerability of Daniel Johnston’s Hi, How Are You?. It’s no surprise, then,  that Sprout penned and illustrated his own magical children’s books as The Universe and Me  plays like a deceptively dense reimagining of simple subjects like comic books, finding your purpose in life, and growing old.

Many of the 14 tracks acts like a diorama of a boy’s imagination, like “Future Boy/Man of Tomorrow,” which was inspired by Sprout's fascination with superheroes from his childhood. Not every song, however, is about Sprout’s childhood. “Walk Across the Human Bridge” is a heavy-hitting rocker driven by shredding and lyrics describing the decline of humanity. “Tomorrow  From Heaven” is about dealing with the sadness that follows death. Pasted together as a collage, as opposed to a rigid whole, and we have  the soundtrack to Tobin Sprout’s life

The Universe and Me will be available on Burger Records on January 27, with a limited pressing of a baby blue vinyl for the first 300 copies. Following the release, Sprout and his new band will embark on a nationwide tour. This will be his first tour in over a decade, supported by Burger Records, who’ll be reissuing Sprout’s mid-'90s Matador albums — Carnival Boy and Moonflower Plastic — in the months ahead. Website here.

Our second song feature from the 'The Universe And Me' is the second single 'A Walk Across The Human Bridge'. This is an energised rock song with the vocals well up in the mix and some potent guitar playing lurking just behind. 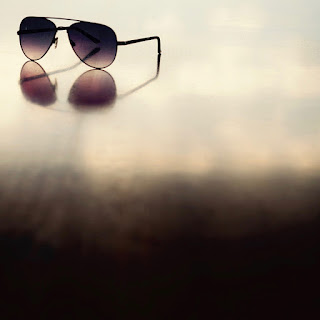 Background - Following the recent release of James Parry’s acclaimed album In The Lights, comes the new video for album track, ‘Every Weekend’. The ‘Every Weekend’ video follows a day in the life of a sleepy city, in keeping with the song's feeling of walking through honey.

Hobart filmmakers Alex Laird and S. Gerry Edwards used tilt-shift and time-lapse photography to capture the feeling of a place that’s both familiar and foreign. Hobart's lesser-known angles star as the day beats on in time with the music, a captivating grind that inspires the viewer to look at their own world from a slightly different angle.

In The Lights has travelled far and wide through not only Australian stations like FBi, Edge Radio, and Inner FM, but it’s made splashed on US airwaves as well. Sweet and juicy guitar riffs, deft drums and uplifting organ support James’ straight-shooting vocals, which tell a nostalgic tale of heady young love with a dark twist.

James has supported artists including Alex Lloyd, The Gin Club, Leah Flanagan, Jackson Dyer and Ryan Downey, and a review of Almost At The Ivory declared that James’, “signature voice and passionate harmonies have led him to become a solid gold chip in the Tasmanian wedge of Australian independent artists.” Website here and Facebook here.

It was not that long ago that we first featured James Parry and the song and video for 'Every Weekend' is to good to ignore. The vocals are a little edgy and the distinct guitar and unpretentious soundtrack all make for a very cool song.