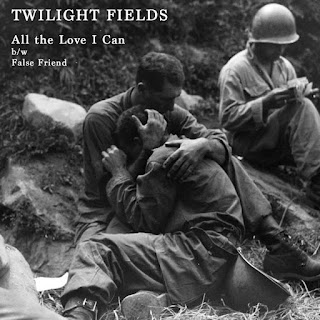 Twilight Fields - All the Love I Can.

Background - Twilight Fields is from Northern Canada and makes a mixture of atmospheric and psychedelic rock and influences from progressive rock, ambient, dream-pop, psych-folk and shoegaze.

The production pays homage to the wall of sound production style practised by Brian Wilson and Phil Spector. "False Friend" is an old song redone in an ambient pop style and deals with the subject of betrayal. Facebook here.

We are told by Twilight Fields regarding the new song  'All the Love I Can' - "I thought it would be a good way to start the year... it actually has a positive feeling! And I have a feeling that this year we will need those".  'All the Love I Can' may be an expression of positive feelings, I would add it's one very beautiful track (as is it's companion False Friend) and in terms of paying homage, I think it's a case of job done, and very well at that. 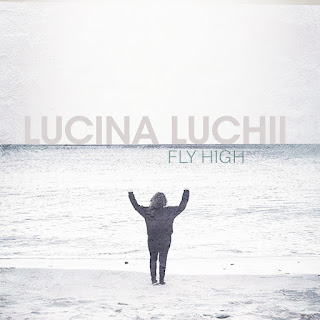 Background - Lucina Luchii pairs up with the high-flying D/A Music Group this winter for the release of ‘Fly High’ – a silky smooth, vocal and keys combo that merges the stunning vocalist’s beautiful aural tones with a clean and reflective instrumental. Rolling along at a steady 74BPM – the production starts out stripped back with just mellow piano chords and Lucina’s voice holding the centre stage. As ‘Fly High’ grows we’re treated to a full course of half-time rhythms, soulful brass glides and subtle low end bass notes which come together to create a reflective backbeat to Lucina’s memorable vocal performance.

Released via the reliable talent stable of D/A Music Group, the collective once again introduce us to a talent that’s capable of garnering international plaudits. High end, modern crossover Pop/Soul/R&B is hard to find outside of the household names which makes D/A’s A&R efforts all the more impressive. If this is a sign of things to come, we can no doubt be looking forward to an exciting year ahead for both the group and Lucina alike. Facebook here.

'Fly High' is a rich and gently building song where the vocals and music are so well matched. Production is sensitive allowing Lucina's vocals to hold centre stage, with the soundtrack adding just enough to ensure the hooks dig in.