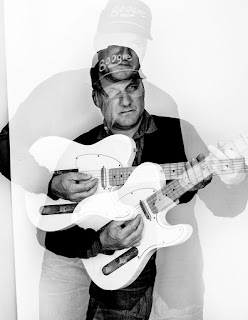 Background - Spiral Stairs (Pavement's Scott Kannberg) will release his second album under that name, Doris and the Daggers, on March 24 on the Nine Mile label in the US, on Domino in Europe and on Coolin' By Sound in Australia / New Zealand. This week he has shared the first single and video from the album, "Dance (Cry Wolf)". The video stars Jason Lytle of Grandaddy who plays the part of Spiral Stairs in the video.

The album features guest appearances from Matt Berninger of The National, Broken Social Scene's Kevin Drew and Justin Peroff, Kelley Stoltz and Shudder To Think's Adam Wade. Spiral Stairs has also launched a Pledge Music campaign where fans will have the option of buying archival Pavement and Preston School of Industry merch and memorabilia (or a DJ set, private show, trip to IKEA or a round of golf with Scott) along with their pre-order of Doris and the Daggers.

The Real Feel – the Pavement guitarist and Preston School Of Industry leader’s 3rd album (and first as Spiral Stairs) – arrived in 2009, just as Pavement were announcing a hugely successful burst of reunion shows through 2010. “Then, after the Pavement shows, I moved with my wife to go live in a house in the country near Brisbane, in Australia,” the amiable Scott remembers, of those years of seeming inactivity. “Then we had a kid, and that sort of got in the way. I tried to do music, but all of a sudden it was two years later and I’m mowing my lawn and tending my garden.”

A little while after that, Scott and family got bored of life in Australia and moved to Los Angeles. “I had the perfect set-up there, so I started work. The way I write songs is, I put on my electric guitar and walk around the house and play it and look at myself in the mirror,” he laughs, “and just make up stuff. But because the kid was off at school for three hours a day, I only really had an hour or so to do that. So it took a little time. It was my intention to have done at least a couple more records by now, things just got in the way.”

You can’t hurry genius – not even the genial, unforced and unpretentious genius that has long been Scott’s forte. What’s for sure is his second album as Spiral Stairs, Doris And The Daggers, is worth the wait. It’s some of the best music Scott’s been involved with, and also some of the most personal and emotional music he’s ever written, reflecting the life changes that occurred over those eight years. During that stretch, Scott weathered the loss of friends, treasured the joys of fatherhood, lived life as an Australian and even ate haggis meat – experiences that inform these warm, sweetly melodic and soundly honest songs. Website here.

There is a cool alt rock feel to 'Dance (Cry Wolf)'. The melody and rhythm develop hand in hand with just a little menace in the vocals to add some edge. Looking forward to the album in March. 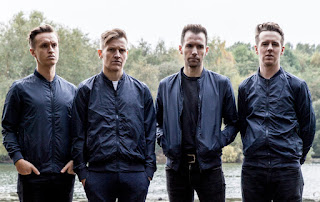 Big Balloon is the latest chapter in Dutch Uncles’ brilliantly witty, hip-swiveling, left-field adventures and was recorded in Manchester’s old Granada TV Studios where Sex Pistols and Joy Division made their televisual debuts. Big Balloon then is Dutch Uncles’ finest album to date, taking listeners on an exhilarating cerebral journey that marks them out a one of the UK’s most consistently forward thinking bands.

As someone who has spent many a happy time watching stock cars, bangers and hot rod racing, the video for 'Big Baloon' had me so engrossed first time around, I hardly heard the song. Good news is listening with my eyes shut sorted that one, and this is one really fine and bright, upbeat delight! 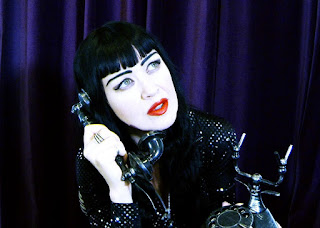 Background - “The story of the prodigal son fascinated me as a kid. It’s not as straightforward as it seems. One son went away, made mistakes, squandered his inheritance and finally returned repentant and destitute. His father welcomed him back, forgave him and, indeed, celebrated his return; much to the annoyance of the elder son who had stayed home and sensibly worked in his father’s fields.

It compares the attitudes of law and merit with those of love and graciousness. The story resonates with my belief that we need to get lost to get found, to experience life to learn. I’ve never been a big fan of ‘playing it safe’. Seeking your true self and destiny can take you on a wild and sometimes lonesome journey, but we carry our friends and everyone we’ve ever loved in our hearts at all times.

’Prodigal Daughter’ is a fun one for the girls, for everyone who loves the girls and for the warrior spirit of the individual carving out his or her path, attempting to stay grounded and brave while negotiating technological advancement and the realities of ultra global ‘connectedness’! So dance while the music’s playing and turn it up.— Grog, Jan 2017. Website here, Facebook here.

'Prodigal Daughter' is one very catchy and determined song. Full of hooks and oh so lively this is a real mood lifter. 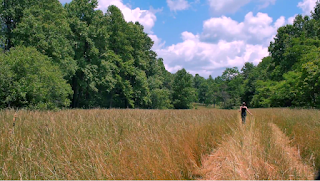 Background - Cavegreen is the artistic collaboration of Eleanor Murray and Gianluca Bucci that blends electronic and acoustic music, poetry, and images.

Cavegreen is getting ready to release their first full-length album Vita Lucida, a positive electro-pop experience that combines earthly drum and dance beats with light, dreamy melodies, a soundscape that is both grounded and ethereal.  The songs sing about the profound human connectivity to the elements of nature, inspired by ancient philosophical traditions. Vita Lucida is one to dance with, dream beside, and ponder with.

Eleanor has been a musician, songwriter, and performer for the past eleven years, releasing five studio albums and touring the US extensively. Gianluca comes from a background of environmental work, photography, and an ongoing interest in the ancient and modern philosophical traditions of the earth. In 2015, Cavegreen released their debut EP, Journey of Return and began performing shows and around the Pacific Northwest. Their newest album, Vita Lucida, is to be released February 3rd, 2017. Website here and Facebook here.

With a slowly building and atmospheric start 'Sun' builds into a finely crafted song. The drum beats are wonderful and the layers of sound work so well.