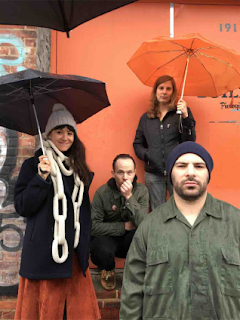 American Anymen + Lise - Nobody Made Me Smile Like You Did.

Background - New York City outfit American Anymen have released their new 'OUI EP' with Lise, a Parisian singer and pianist. The first single 'Nobody Made My Smile Like You Did' is accompanied by a charming video shot around the Big Apple. This is the second collaborative release for American Anymen and LISE. In 2014, they released a demo called the '+EP'. In the two years that have since passed, they have jointly played shows in NYC and Paris.

American Anymen is a music collective, whose view on art is that what you have to say is more important than the equipment you own and that passion is more important than technical expertise.  Hailing from Paris, Lise’s eponymous debut album was released in 2011 on French label Cinq7. Versed in piano since she was five, her music path took her on a detour from her classical music education at the Conservatory of Narbonne.

"The two American Anymen + LISE albums present more personal songs. These 4 new songs are about how I dealt with my time in prison, my 13-year battle with heroin addiction, the memories of friends who made me happy but are not around to hear these new songs, and how the world is much simpler than the ruling elites make us think," explains Brett Sullivan. American Anymen Facebook here, Lise Facebook here.

If a beautiful vocal duet and understated yet sophisticated soundtrack sounds good for you then 'Nobody Made Me Smile Like You Did' could well be just for you, it's gorgeous. 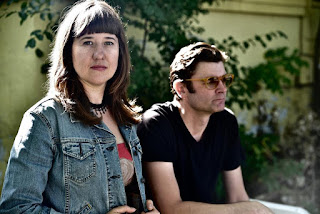 Anna Coogan - Burn For You.

Background - Anna Coogan has been preparing for this moment her whole life, ever since she was a girl growing up in Boston, influenced by her classical opera training and her father’s protest albums by Phil Ochs and Bob Dylan. After several efforts with her Pacific Northwest-based alt-country band north 19, a pair of well-received indie solo releases and a collaboration with producer JD Foster (2014’s Birth of the Stars), Coogan’s latest is a stylistic breakthrough. Anna Coogan will release The Lonely Cry of Space & Time on April 28.

The album, a virtual two-person effort which features Willie B (Brian Wilson) on drums and Moog bass, combines Coogan’s three-octave soprano vocals, electric guitar soundscapes and pointed social commentary into a fierce cohesive piece which combines the personal and the political, in a musical hybrid of rock, country, pop and classical opera into a unique whole.

A true independent, Anna releases her own albums and books her own tours, which have taken her all over the world, including international festivals like the Blue Ball in Lucerne, Switzerland, the Maverick in Suffolk, U.K., as well as the Glasgow Americana Festival and Celtic Connections in Scotland.  She has also played extensively in Germany and the Netherlands, and toured as a member of the Johnny Dowd Band. Website here, Facebook here.

'Burn For You' is a straight forward and pleasing simplistic rock song until... well until it upgrades into something absolutely wonderful as Anna Coogan just nails the whole thing with her incredible vocal abilities. 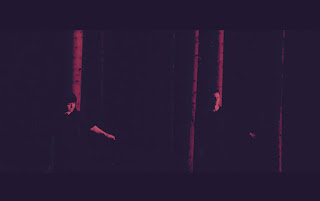 Background - AyOwA are back with a beauty of a 3rd single coming out 24th Feb. “Rus” follows the critically acclaimed singles ’Newcross’ and ’Sommer’ leading up to AyOwA’s debut EP set for release in May on Copenhagen label Music For Dreams.

It seems the melancholy is coded in to the Scandinavian DNA. Many months of darkness and anticipation for a summer that sometimes never comes, sets the tone for soulful longing. Danish duo AyOwA takes this melancholic keynote and makes it into music, and armed with modular synths, old reel-to-reels, and Schneider’s haunting voice, they create their dark and moving electronic pop songs.

Sung in Danish, but with a certain universal and dreaming approach, this band combines noise pop with vapor wave and melodies with improvisation, in an energetic, evocative and playful mix. “Rus” marks the duos 3rd single, leading up to their debut EP set for release in May on Copenhagen label Music For Dreams. In an intoxicated state of mind,  AyOwA finds themselves on a quest to break free of the walls around them, giving in to new love, and letting go of the past. Facebook here.

Our second feature for AyOwA this time with the delicious track 'Rus'. Mixing vibrant synths with dreamy vocals the duo have impressed me again, and some! 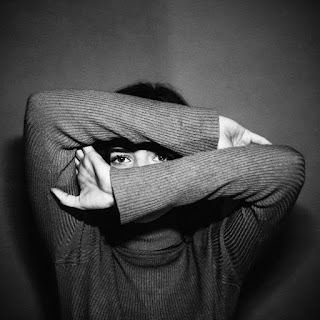 Background - "Awake Me” is a song that’ll stop you dead in your tracks. From the swirling ambience permeating the track to the tender plucked arpeggio, Rosie proves a deft hand at creating sublime tonal flourishes to compliment her vivid lyrics and enchanting voice. At just 19, Rosie Carney has already experienced more of the tumult of life than most her age. Through her raw poetic talent, her experience is channelled into her beautiful music which, at times, recalls the vivid and imaginative folk ambience of Joni Mitchell.

For Rosie to be getting on with her career she has had to overcome insurmountable odds. In a year where discussion about mental health both in the music industry and in broader society has come a long way in removing the stigma and providing insight into sufferers, Rosie is determined to help others by being vocal about her own experiences through her music and her website/blog here, and Facebook here.

It's not far off a year ago that Rosie Carney was first featured on Beehive Candy. 'Awake Me' is a gentle drifting song, where the music is calming and creatively structured, the vocals once again make the track into something very special. 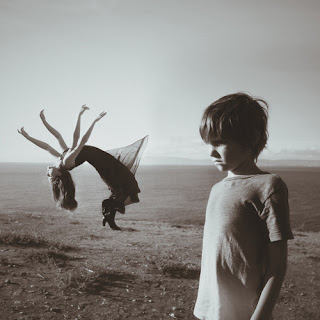 Background (and a minimalist one at that) - New Mystics is the solo project of the Other Lives band member who has previously toured with Radiohead, The National and Bon Iver and played major festivals including Glastonbury, Coachella, Outside Lands, Lollapalooza, Latitude, Sasquatch, and more.

Upcoming collaboration with NoMBe “Can’t Catch Me” hand selected by Pharrell for his executive produced HBO documentary series, to be released as next single in March.

The above promo doesn't give much away about New Mystics, however 'Modern' is a powerful alt rock track that is laden with hooks, charm and emotion, and more than good enough for a feature here. 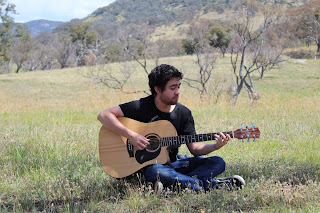 Patrick McKinney - Want You To Know.

The song is about going through life and the trials it can throw our way, and how often people stay silent but need to let these feelings out. The song has a pretty relaxed but deep vibe throughout, showcasing elements of low key rock and pop, including a classic guitar solo just after the bridge.

Patrick McKinney and his band, will be showcasing the release at Transit Bar Canberra, supporting The Byzantines & The Montreals on the 2nd of March 2017. Patrick’s band includes Paul Moon (Bass Guitar) & Anthony McGaun-Smith (Drums). The trio all met whilst studying music at the Canberra Institute of Technology.

Patrick's distinct and emotive vocals are hard to ignore and who would want to on this gorgeous song. 'Want You To Know' also packs in fine harmonies and a pleasingly robust musical arrangement. 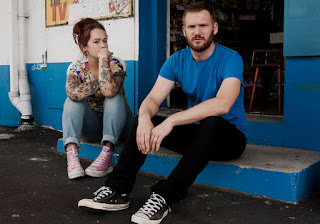 Background - Indie/electronic duo Ravines are releasing their latest single ‘Breathe’ ahead of the release of their forthcoming EP Ordinary.

‘Breathe’ is about a power struggle in a relationship – it’s about a couple suffocating from the over-dominance of one of the partners. The driving beats of the chorus and darker harmonies called for lyrical content that was strong and assertive, and challenged the listener to think beyond the obvious ideas and sets of imagery being used. Ravines (formerly Ophelia) launched their first EP under the new name with a performance at Cassette Nine in Auckland, on February 3rd 2017.

Ravines is a name inspired by the channels and routes music takes to reach people, reminiscent of streams of water through ravines. Their most varied release yet, Ordinary is a continuation of their ever evolving sound, showcasing dense electronic textures combined with rich orchestral scoring.

Ordinary was recorded throughout 2016 in Auckland at Opus Studios and Roundhead Studios, mixed by Patrick Shanahan and Jordan Stone (Wilco, The Datsuns, Crowded House). The tracks 'Ordinary' and 'Breathe' were recorded in Sydney at Alberts Studios and were produced by Michael Szumowski (Josh Pyke, Guy Sebastian, The Veronicas). Website here, Facebook here.

With a simple and  minimal synthy start it's the melodic vocals that first gain attention on 'Breathe'. As the track gently builds the musical soundtrack develops as does the singing, adding a layer of power to what is a very catchy song.