Four On Thursday: Bordeen - Minus the Bear - The Darling Buds - The History of Colour TV 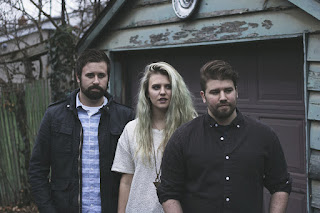 Background from Bordeen - We're an Indie Pop band from just north of Toronto. As siblings, we are quite different, but as musicians, we come together forming something original.

This song is about accepting the things in life that are out of your control and being ok with that. There’s a certain melancholy about it, but through surrender, there’s a greater hope. Once you get past certain realities and experiences you can reach a deeper sense of joy.

We’ve decided to call our upcoming album, “Stiver” after the street where we grew up. As a collection of songs it’s a representation of more than just one concentrated writing session. The songs were written over a period of time where we had the chance to come together in a place that had fostered creativity and musical expression for a long period of our lives.

Ocean Tide the video depicts a sense of longing, a hopeful tone, a yearning, a journey of discovery, moving from a place of overwhelm into a moment of solidarity. Facebook here.

A gentle soundtrack that builds enough to give the song a fuller sound, sits behind beautiful vocals that duet and harmonise wonderfully. 'Ocean Tide' is a melodic indie pop song that oozes charm. 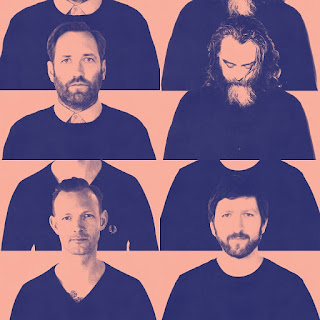 Minus the Bear -  What About the Boat?

Background - Minus the Bear are eagerly anticipating the release their new album this coming Friday, March 3rd. Voids marks the Seattle band’s first new full-length in five years and is also their return to their original label home, the venerable Suicide Squeeze Records. Fans interested in getting one last preview of the new songs found on the album before its release later this week can stream the song 'What About The Boat'.

For the past 15 years Minus the Bear have made music on their own terms while carving out their own unique musical world, selling over 500k records in the process and playing to countless sold out crowds along the way. This isn’t to say they’re impervious to outside influence. They’ve borrowed components from a wide swath of genres—the brainy clangor of New York’s proto-punk scene, the cerebral buzz of IDM, the poptimist evaluation of hip-hop and R&B, and the grandiose visions of prog rock—but always managed to defy classification.

Suicide Squeeze Records is proud to release Voids to the world on March 3rd, 2017 on CD, LP and cassette. The first pressing of the album is available on 1,000 copies of Electric Blue (Minus The Bear exclusive) vinyl, 5,000 copies of splatter colored vinyl and 5,000 copies of 180 gram black vinyl. The LP jacket features PMS inks, a die-cut cover with a printed inner sleeve and contains a download code. The cassette version is limited to 500 copies and also includes a download code. Website here.

There is a loose and laid back alt rock feel that introduces 'What About the Boat?' The band add some layers of sound whilst the vocals are just right for the song and the style. 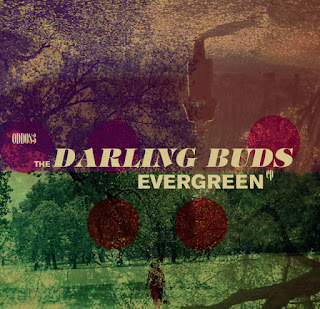 Background - The return of The Darling Buds! Odd Box are absolutely delighted to be releasing a brand new EP by The Darling Buds, their first for 25 years! The Evergreen EP will be out on 21st April.

After a few years of occasional gigging just for fun, The Darling Buds are delighted to be releasing a new 4 track ep 'Evergreen' on Odd Box Records. This will be the first new material released by the Buds for over 25 years (back in the day they did 3 session for the much missed DJ John Peel) and these new recordings continue the musical evolution seen by the band from their indie pop debut Pop Said to their last release Erotica.

The EP is being released on 10" vinyl (100 green, 400 black), cassette (100) and digital download. You can pre-order the EP now on our bandcamp. These are already flying off the virtual bandcamp shelves, Bandcamp here.

'Complicated' is one of four songs on the The Darling Buds new EP. Indie pop with a good helping of rock'n'roll gives the featured track, some energy and passionate edge. 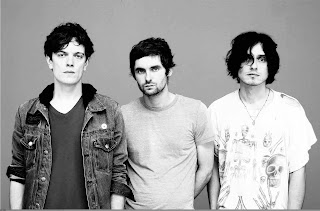 The History of Colour TV - As Gray As Park Can Be.

Background -  Berlin-based trio The History of Colour TV presents ‘As Gray As Park Can Be’, the second single from their forthcoming third LP 'Something Like Eternity', which is slated for release on March 17 via France’s Crane Records.

The back story to this album is inspired by the band’s desire to work with notable producer Peter Deimel (The Wedding Present, Shellac, The Ex), for which they travelled to France in the spring of 2016 to record with him at the legendary Black Box Recording Studio. Days of making music in the French countryside, close to the Loire Valley, saw them depart from their previous sound, instead bringing a raw, minimalist aesthetic to the new release.

This new track follows the first single 'Wreck' from this album. Stylistically, these are both dynamic and open live recordings with minimal overdubs and, in this respect, they represent a snapshot of the album as a whole. Based on narrative themes, these songs blend melodic sensibilities with ragged guitar textures. The first track builds nicely on melancholic arpeggio patterns. Website here, Facebook here.

'As Gray As Park Can Be' is one of eleven tracks on the bands third album 'Something Like Eternity'. This is the second song we have featured and gives some idea of what to expect. Mixing ambient moments with some fine melodies, alongside some potent rock and walls of sound, your taken in all directions whilst enjoying a consistent ride. Check out the other song we shared and if you half like them both, you will love the whole album.