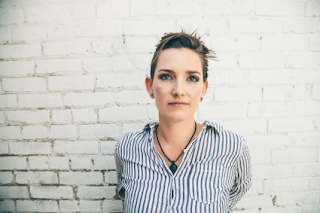 Background - Born in Thailand and raised in Argentina, France, and various parts of North America, singer songwriter Carly Thomas can trace her insatiable wanderlust to a childhood in which she never lived anywhere longer than three years. Having attended four different high schools in three different countries, Carly is more skilled in the art of goodbye than most, channelling her experiences of change, loss and longing into heartfelt lyrics and beautiful acoustic guitar lines to create songs that have won over audiences from Paris to Manhattan.

With a strong, clear voice, thick with emotion, Carly's skillfully crafted Indie Folk songs are underpinned with a sincerity and truth that enthralls, she grabs listeners’ attention with gutsy stories of love and witty onstage banter, yet Carly isn’t afraid to expose her heart in order to help her listeners mend theirs.

Latest EP 'Explode' was written in friends’ living rooms, on an 18-wheeler delivering bubble-gum, on transcontinental flights and beaches. These songs were written where Carly is most at home, on the road. Website here, Facebook here.

'The Montreal Train Song' is an up tempo indie folk song. It provides listeners with a good idea of the melodic and genuine music and feelings, that shine through in Carly's music. 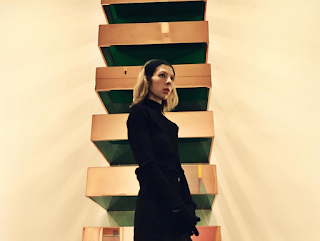 R. Missing - Kelly Was a Philistine.

Background - New York-based artist R. Missing have released their brand new EP Unsummering. The video for the first single “Kelly Was a Philistine” has been described as having a David Lynch-like feel. It highlights a complex relationship with the surrounding world, encapsulated by the chorus lyric, “Kelly was a philistine the last time we met, so why are we getting along?” You won’t find love songs here. You’ll find unloved songs. You won’t find summer, you’ll find Unsummering.

The second of six songs on the new EP 'Kelly Was a Philistine' typifies the sound and darker atmospheric feel to be found across the collection. The synth textures and driving rhythm work well with the sometimes remote vocals in what is a quite addictive collection of songs. 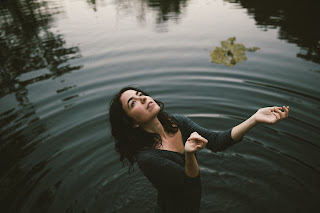 "Scream" marks the final track in a series of four that makes up Oddnesse's debut.

Her first few songs have had strong support from Spotify - "Somewhere Somehow" making both the 'Fresh Finds' and 'New Indie' (1mil subscribers) Playlists and is averaging 7k streams/day since last week.

We featured the previous song 'Incoming Call' describing that as "a swirling, layered and creative feast of sounds". New track 'Scream' is a slower, more dreamy piece where the vocals add melody, whilst the soundtrack is at times powerful and yet never overwhelming. Putting all four songs together results in a very good and contrasting collection of material, no wonder we see the numbers cited above. 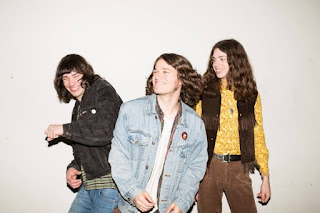 Background - Word around the corridors is that 2017 will be the year for the blues to burgeon once more. Be that as it may, that’s not what motivates MOOON, a young trio hailing from the placid town of Aarle-Rixtel. This band’s fire is lit by the works of preeminent deities like Blood, Sweat and Tears, Led Zeppelin, The Paul Butterfield Blues Band, Santana and Rory Gallagher.

Like these aforementioned artists, blues forms a vital cornerstone for MOOON, a fertile root from which to draw the ilk of psychedelics and garage rock. Tom de Jong, Gijs de Jong and Timo van Lierop may not have been part of the sixties and seventies – the decades when rock ‘n’ roll enjoyed its conception and tight-fisted reign – but their music is proof that its spirit remains an undying wellspring for expression.

MOOON will embark on a set of dates opening up for The Black Marble Selection and trot the festival circuit with slots at Here Comes The Summer and Tweetakt. Their debut LP Brew will be released at Excelsior Recordings this fall, with Mary You Wanna offering the first exciting glimpse of what’s to come. Website here, Facebook here.

If you had told me 'Mary You Wanna' was from the late sixties, I would be puzzling as to who the band was, and why I had never heard the song. MOOON capture a bygone era and bring it up to date with their energy and excitement. The video is both fab and groovy man, in fact it's way out. 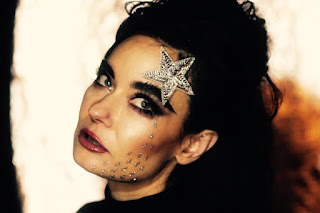 Kristeen Young is also the front person, keyboard player and songwriter for the band, Sylvia Black plays bass, and Jefferson (Baby Jef) Wayne White is the drummer. Their sound has been described as prunk (prog/punk) but mixing in other genres at times, too, with Young singing operatically at times. They have toured extensively as support band for Morrissey, played (for their last album release) on the Late Late show with Craig Ferguson, and recorded a (Kristeen Young written) duet with David Bowie.

'Nice' is a refreshing blast of frenzied keyboard fronted rock'n'roll. From new wave to punk the song dips and swerves between genres whilst the vocals delight and to a degree hold everything together. Fabulous!! 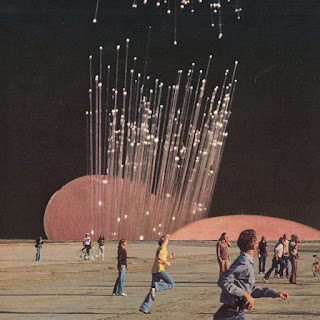 Purmamarca - Everything Under the Sun.

Background - Purmamarca is big on the numerical symbolism and appreciation for the fans who have been chompin' at the bit for this new record. So, this past Tuesday, Ryan Henry unleashed Bring Up the Soft Dreams to the world - exactly three years and three days of work later, as an act of love to the band's collaborators and contributors.

Streaming exclusively on Bandcamp, the band's first studio album, Bring Up the Soft Dreams, is now streaming in full. Bandcamp was a specific choice, as Purmamarca was part of the February 3rd ACLU fundraising frenzy on Bandcamp, offering previously unreleased song "Reservoir" to fans. For 24 hours, the band doubled down on Bandcamp's efforts and sent a portion of proceeds to the ACLU, Planned Parenthood, and the Sierra Club to help support the greater good.

Sometimes when we take risks and act bravely enough to say “goodbye,” we get a better chance to say “hello” to what we want. That’s exactly what happened when Ryan Henry from Purmamarca moved from Brooklyn to Los Angeles. For the first time since the band’s incarnation in 2012, the core members don’t exist within the same state borders. It’s an interesting time to release their debut, studio album, which is completely produced by Patrick Hyland, who works with Mitski. On March 7th 2017, the entire album, Bring Up the Soft Dreams, became available on all digital platforms. Facebook here.

We feature 'Everything Under the Sun' the first song on 'Bring Up the Soft Dreams'. Mixing layers of sound, melody and atmospheric vocals, all nine songs test out differing directions, whilst a constant vibe of dreamy ambient feeling is never far off.