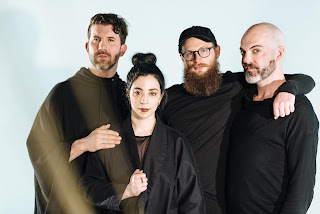 Background - Humble Fire’s second album Builder (out July 14) explores physical and emotional experiences around loss and reconstruction, from family deaths and failed romances to the shocks and stresses they have navigated as a band. Through those experiences, they’ve come to appreciate that reconstruction isn’t something you can tackle on your own: it requires an entire crew. Builder, then, is as much about that process of putting yourself back together, as it is about the relationships that can help or hinder that process. Since Humble Fire’s members have known each other over the past five or so years, they’ve all shown up for each other in different ways as part of that reconstruction crew. They’re lucky to have found family in each other in that way.

Somewhat accidentally, the album also ended up being about working out questions of identity. ‘Who am I now, in this world without my parents in it’, for example? ‘How can I take care of others without losing myself?’ When the band first listened back to the fully assembled album, they realized it had become a sort of therapy in working out some of those questions. More broadly, Humble Fire’s collective identity is also something they try to be very intentional about. As a DC-based band, they’re immersed in and identify with the tradition of DIY independence and social awareness typically associated with the politics of hardcore punk (despite not working in the genre). They strive to embody those values as a band as much as in their personal lives.

Humble Fire owes its origins to Craigslist, which first brought guitarist Dave and singer Nefra together through another project and later recruited Xaq, bassist, who responded to Dave’s ad with a purposeful manifesto that will forever go down in band history. While not the band’s original drummer, Jason had long been a friend and active musician in the DC DIY music circuit before signing on in 2016. In its current form, the band celebrates the diverse musical influences that each member draws from–from bluegrass and classical, to punk and hip hop–weaving addictive rhythms and vulnerable vocals through tightly wound guitar and bass melodies. Facebook here.

Giving some flavour for the bands second album 'Builder' we have the song 'Taliesin'. In terms of refinement and quality it's a fine example of the bands output, however the band draw on a considerable amount of ideas and styles making for a fabulously varied and desirable collection of material. 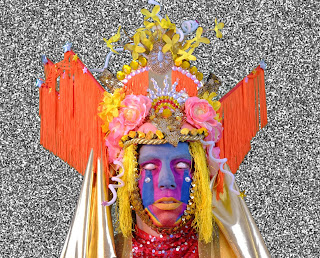 Wall of Ears - Floating Off the Line.

Background - Wall of Ears is a Seattle-based psychedelic pop band, centered around the ongoing musical vision of CW Lott. Wall of Ears performances are collaborative and immersive experiences, drawing from a number of artistic genres. Each Wall of Ears project seeks to create a surreality we can all live in together.

After releasing two acclaimed and well-received records as guitarist for As Cities Burn and playing in prog-glam outfit Moon Honey, CW Lott wanted to start fresh and locate his own vision. Wall of Ears was birthed in 2009 as a way to documents Lott's unhinged lo-fi homemade experimental recordings, made on drum machines and loop stations and eternal layers of cheap radio shack synthesizers. This eventually swelled into the material that ended up on the debut record Perfect Organ Assembly (Broken Circles, 2013) which showcased a wild palette of influences, from ambient pop weirdness to uncompromising forays into noise and texture.

Lott left Louisiana to dive into his other life of writing literary fiction and moved to Western Massachusetts to work on a novel about the alien mind. He got sidetracked and ended up composing Hello Beautiful Nothing with the poet / guitarist Jon Ruseski over dense winters and moon-lit snow walks. Lott decided to move to Seattle to dive into the thriving psych-scene and find a full band, which happened just three weeks after relocating to the Soggy City. With a four-piece lineup consisting of Bryant Hammonds, Tony Pettigrew and Derrick Wright, Wall of Ears finished the record in their home studio known as The Sound Shrine.

Hello Beautiful Nothing is both a reflection and a mantra on disintegrating the boundaries between ourselves and the hyper-complex world humming around us. This record furthers WOE's musical evolution with engaging pop and layers texturized so densely they move through one's ear like a dream. Facebook here.

'Floating Off the Line' has some classic psychedelic nuance, coupled with an expansive pop/rock soundtrack and suitably matched vocals. The video completes the circle with colours and images that seemingly live out the song. 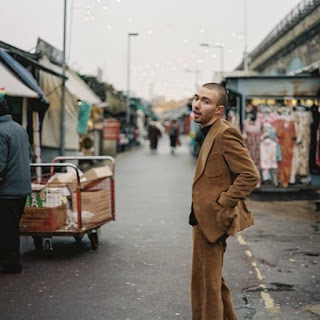 Matt Maltese - No One Won The War.

Background - Matt Maltese has shared, his second single of 2017 entitled "No One Won The War", produced by The Maccabees Hugo White. When speaking about the track Matt states,"We lovely humans seem to be on an eternal hamster wheel of conflict and reparation. And nobody wins. Not the people at the bottom or the people at the top." "No One Won The War" is the B-side of a Café Bleu Recordings / Atlantic Records release alongside the previously released A-side "As The World Caves In".

At the age of 20 years old, Matt Maltese is already fully embedded in South London’s thriving music circle. Last year alone, he hosted his own residency in Brixton whilst playing alongside hotly-tipped local acts such as HMLTD, Goat Girl, Fish and Shame. The latter add to an already eclectic collection of artists who have influenced Matt Maltese in some way - the heavy tones of Leonard Cohen, the dirty wit of Jarvis Cocker, and the social commentary of fellow Londoners King Krule and Loyle Carner. These influences place further emphasis on the sense of political unrest that underpins Matt's rich and undeniably accessible songwriting. Facebook here.

Matt Maltese's rich vocals and a distinct piano lead musical arrangement ensure 'No One Won The War' is striking from the outset. Add in the intelligent lyrics and we have a thoughtful, worthwhile and beautiful song. 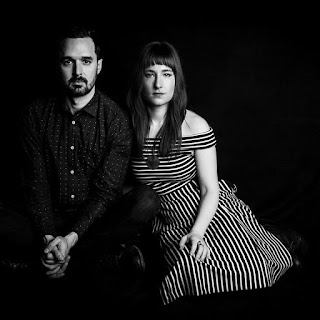 Though they met as teenagers, it was over a decade before Van Damm and Koch joined musical forces. Playing in separate projects for a number of years, this is the duo's first endeavor as Major Love Event.

On May 12, Major Love Event just released "Sandy Sound," the first single off of their self-titled album released on June 16th. The DIY record, which was recorded in their homes, brings a playful and enticing sound to your ears and will have you quickly falling in love with the band. Facebook here.

Crisp indie pop where expressive and pleasing vocals are accompanied by an imaginative musical soundtrack. 'Sandy Sound' is all of that, produced to a high standard and extremely catchy. 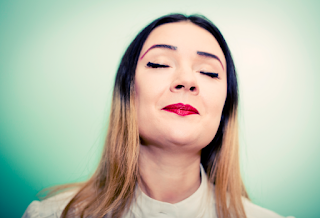 Background - How does one introduce a Swedish artist and producer who due to her transcending music and artistic vision has rapidly become one of the most anticipated new acts across the entire Stockholm music scene? Perhaps we can begin by repeating what everyone is saying already…

This multi-talented artist called Annie Angel with debut single Strange is already sounding like an established artist who is bound to explode any minute now. This is what Swedish National Paper SvD had to say about one of her performances at Södra Teatern: ”Annie Angel has a very strong artistic expression. The music varies, it stands on classic pop-rock-soul-ground and is still independent towards music history." All the while Noisey DK calls Annie "a superhuman that goes above and beyond most human capabilities" it is clear that she has a unique spot in the international pop music scene today and is ready to claim it.

Strange - called an escape route through Manchester, California, the 70's New York new wave-scene to Stockholm - is Annie Angel's debut. Her writing, arranging, recording and producing - also produced with Nille Perned (Kent, bob hund) - with as well as her striking vocals, comes to life in 5 minutes of music that could be Talking Heads as well as Amy Winehouse.

Since Annie Angels’s music is on its way out of Sweden and into the world now, we’ve decided that the best way to properly introduce her to the public is to simply let the music and the voice speak for themselves.

The song title might be 'Strange' however the song is anything but. It's creative, sits comfortably across genres, and has emotion, depth and vital musical ingredients that ensure it's many hooks dig deep. Deserves to be heard!