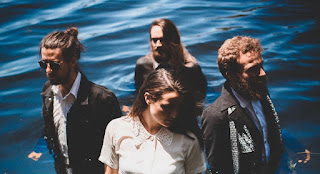 Background - Influenced by the diversity of artists such as Hiatus Kaiyote, The Pixies and Radiohead, Perth indie-rock outfit Edie Green have put forth their swirling second EP The Sea It Binds You, featuring new single Smalltime Viticulturist.

Lovingly crafted by four kindred souls and expertly captured by engineering guru Dave Parkin (Jebediah, Abbe May), the final product is a tantalising swirl of fuzzy riffs, world and jazz inspired beats, topped with sweet and sultry vocals - designed to quicken the heartbeat and sooth the mind.

Of Smalltime Viticulturist vocalist Sophie Wiegele says "Smalltime Viticulturist stemmed from one of our more abstract jams, with a quick, jutting verse that contrasts with a smooth refrain where the silky guitars and spacey vocals take over. As a band that's creatively influenced by their surroundings we based the track on a time when touring, on a day off we set-up in the middle of a large vineyard in Margaret River and just jammed all afternoon!"

Having recently supported San Cisco while notching up slots at the Fairbridge Festival, Hidden Treasures Festival and Festival of the Winds, Edie Green are set to launch their new
EP May 26 at Jack Rabbit Slims in Perth. Facebook here.

'Smalltime Viticulturist' is a vibrant indie rock track, with a fabulous rhythm arrangement that helps spice things up. Vocals add the melody and change the pace on this catchy song. 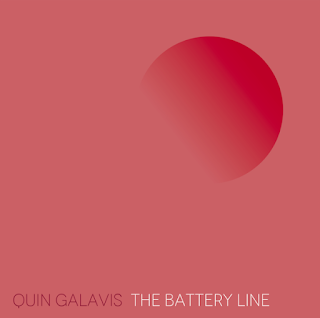 Background - Quin Galavis has been an active participant in the Austin music scene for the last fifteen years. A founding member of critically acclaimed bands The Dead Space, and False Idol, Quin also performs under his own name.

His sophomore solo album, 2016's immersive, ambitious double-LP, My Life in Steel and Concrete, appeared on multiple end-of-year top ten lists and was spotlighted in an Austin Chronicle feature story.

The record's soundscape is as varied and challenging as the themes it explores, and it features a host of Austin’s diverse musical elite: Thor Harris (Swans/Shearwater), Sabrina Ellis (Sweet Spirit/A Giant Dog), Graham Low (A Giant Dog), and Ian Rundell (Ghetto Ghouls), to name a few.

June 16th he'll release his third LP, The Battery Line, (Super Secret Records) which will be supported with local shows, and an album tour. Bandcamp here.

One of ten tracks on 'The Battery Line' album and 'Question' is a good example of what to expect with this new collection of material. A constant flow of alt or indie rock songs where delivery is tight and paced, the expertise is there in abundance, as are some finely penned songs.