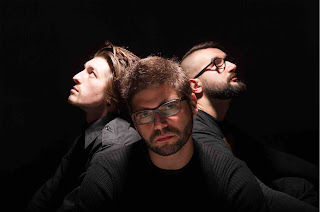 Background - Seahorse Recordings presents the sophomore album from Neil, called ‘Black Flowers’. Recorded on the isle of Sicily in southern Italy with renowned producer Paolo Messere (Blessed Child Opera), these 11 tracks showcase songmanship that mix folk with grunge, and vocals with an uncanny resemblance to Gavin Rossdale (of Bush).

The first single from this album is ‘Blank Sheet’, which deals with writer's block – that moment when the artist is in front of a white sheet and cannot dial into his muse.

Written and performed by Neil Lucchetta (vocals, guitar, harmonica). This second album offers a more rock-oriented sound than the previous album thanks to the contribution of Andrea Breda on drums and Alessandro "Ake" Donazzon on bass. Now, during live performances, he is accompanied by Andrea Breda and Alex Michielin (bass).

Originating from the Italian city of Pieve di Soligo (Treviso), Neil began his path as a singer-songwriter, having written his first song in English at the age of 14. He’s been composing ever since, his sonic output infused with folk pop, laden with acoustic guitars and dreamy lyrics.

This new album follows up Neil's debut album 'Apart', released in 2013. This new offering takes the listener on an intimate journey through his personal experiences and stories. The unremitting vision permeating his music presents us with great scenery and breathtaking views of the different facets of his life. Bandcamp here, Facebook here.

'Blank Sheet' is a good indicator of the style and quality to be found, amongst the eleven tracks that make up the new 'Black Flowers' album. Powerful acoustically lead alt rock music, mixes with more understated pieces where Neil Lucchetta's distinct and full-hearted vocals, are rightly the focal point of each song. 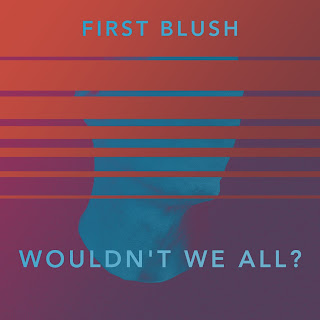 First Blush - Wouldn't We All?

Background - First Blush is the brainchild of Charles Sekel, a former Julliard pre-college program kid-turned-indie musician. A blissed-out blend of lo-fi rock and dream pop, "Wouldn't We All?" is the first single off his forthcoming Monologic EP, expected out this Spring.

Sekel's music is a reflection of his battle to defeat a continuous cycle of self-destructive behavior stemming back nearly a decade. From his college days as a classical/jazz musician at the Peabody Institute, Sekel struggled with alcohol abuse and panic attacks, and turned to original music to help with his mental health.

Now completely sober thanks to the help of music, a good therapist and assistance from his girlfriend (now wife,) he was able to pull himself out of addiction and confidently release his solo venture. Website here, Facebook here.

Lush, dreamy and rich synth's act as a prelude for the more paced song that is 'Wouldn't We All?' Lo-Fi rock of sorts that is enriched by the continued use of swirling synths, and flowing vocals that help drive the beat. 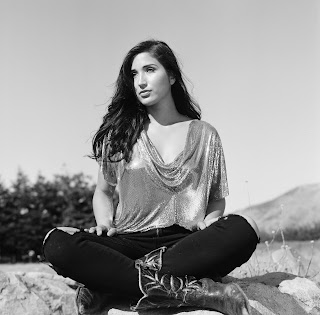 As Jackson explains, “I came into rehearsal one day with a song I'd written the night before and we started jamming. Tyler upped the tempo, Andrew and Jake added some chords and I messed with the melody. After we found the groove, I realized the lyrics no longer fit. The following weekend, as I stared out the car window on my way to LA it hit me, I had a story I wanted to tell. On an old, dirty envelope I found under my seat and with a half broken pencil, I scribbled down this hero-less tale of two lovers. When Mike (Ness) heard it he said it was "wild" and wanted it on the record. In the studio, Mike added his flare and it came to be. We are all excited to share "Good Time Gone" with you.”

Jackson’s album Gilded is unapologetically country rock, merging the heartbreak and resilience of Lucinda Williams with the melodic confidence of Emmylou Harris, yet containing the emotional presence of a young musician who cherished albums by The Gun Club and Smiths alongside the works of George Jones and Hank Williams. Website here, Facebook here.

Our third feature for Jade Jackson this year, this time with 'Good Time Gone'. The new song is more alt rock than country rock, or quoting from the above piece punkabilly a term that I really like. Fabulous music from an album that meets this calibre, song after song! 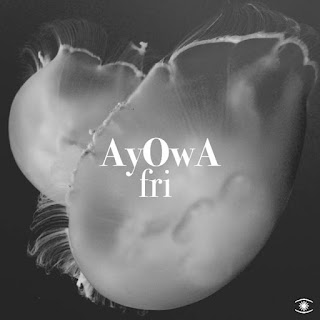 Background - Danish duo AyOwA releases the single “Fri” (out May 5th) leading up to Debut EP “Eremit” (out May 19th). Already confirmed for big live shows at Spot and Roskilde Festival, the Danish duo AyOwA are ready to take on the summer. Armed with modular synths, old reel-to-reels, and a haunting voice on top, they create dark and moving electronic pop songs. Sung in Danish, but with a certain universal and dreamy appeal, this band combines noise pop with vapor wave, and melodies with improvisation, in an evocative and playful mix.

The single “Fri” leads up to their anticipated debut EP “Eremit” that will follow on May 19th. In a more hopeful tone than ever, AyOwA dreams of the simplicity of being ‘free'. With an uplifting catchy chorus and their signature vocal samples, they swim into the summer on a wave of electronic dream-pop.

After a winter of hibernating in their Copenhagen studio, the duo is releasing their 6 track debut EP “Eremit” (means Hermit) on legendary DJ Kenneth Bager’s own label “Music For Dreams". The EP is a soulful search into the depth of electronic music, and the Scandinavian DNA. With many months of darkness and anticipation for a summer that sometimes never comes, the tone is set for melancholy.

Under the headline "Danish Never Sounded So Sexy" Huffington Post praises AyOwAs sound, and the language’s unique timbre. And although it isn’t commonplace to hear the Danish language mentioned for its beauty, it bears a strange attraction of the incomprehensible and mysterious to listen to. And sexy or melancholic - AyOwA continues to capture the audience with their unique and moving sound. Facebook here.

'Fri' is the third song we have featured by the duo AyOwA as they continue to impress with their superbly crafted genre defying music.