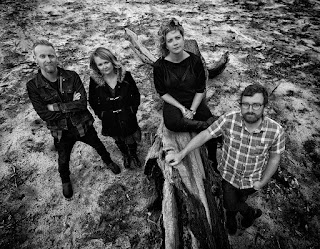 Background - 90s Indie darlings Sugarchild are back with an album of dark, sparkling and utterly contemporary rock songs. The new album Dangerous sees the band delivering on its early promise with themes and tunes for the current age. Dangerous is set to shock and awe with epic guitars and vocals that switch between sweet and menacing.

Sugarchild’s prestigious history dates back to when the band were teenagers in the 1990s. A staple live act of the time, Sugarchild supported Jebediah’s national ‘Animal’ Tour, as well as Pollyanna, Effigy, The Rosemary Beads and many more. The band played at Fremantle’s Millennium concert to 20,000 people. They have received airplay on Triple J, RTRFM, RRR and independent radio around Australia, and been profiled in Rolling Stone and national street press.

In 2016, Sugarchild enlisted drummer Tim Jewell, formerly of Humbug, to record an album with Dave Parkin at Blackbird Studios. Dangerous showcases a band finally delivering on its early potential. With themes running the gamut of the zombie apocalypse, suicide in faraway places, the love-rush of parenthood and racism in Australian society, Dangerous is truly an album for our time, delivered by a band who have waited 20 years to make their masterpiece. Facebook here.

One of ten tracks on the new album 'Dangerous' is 'Offering' a natural and distinct rock song. It is typical of the accomplished music Sugarchild create, music that slips across rock genres with ease and is so engaging and refreshing. 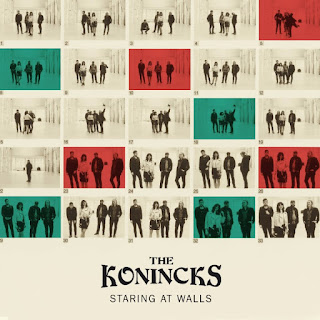 The Konincks – Staring at Walls.

Background - Looking back Julia, Marc, Mike & Phil played nearly all the stages of their hometown, now  they’re taking over the rest of the world. Richie Kotzen was touring with the four piece around Europe.

And after having released an EP and an album indie-magazines (Rockstar mag), radios (international airplays) as well as rock origins (Metalhammer) found great interest for these four rednecks.

It might be because The Konincks dash head on and with a fierce heart in poetry and rhytms, singing guitars and hypnotic compositions like there’s no tomorrow.

The Konincks originated from old souls, now they contribute greatly to the zeitgeist of our time. Vehement, relentless, dew-fresh, approachable; all of this while remaining subtle. A trait that today’s radio often lacks. Website here, Facebook here, live dates on Beehive Candy's tour page.

We featured the song 'Daytime/Nighttime' by The Konincks back in March describing that track as "a swaggering, bluesy rock'n'roll song" and the new single 'Staring at Walls' is another delicious piece of laid back blues rock where the vocals and the band work hand in hand to deliver some timeless sounds. 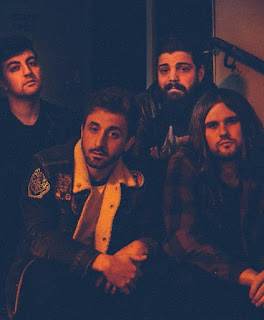 CREO - Give Me Yours.

Background - After a successful 2015 off the back of releases, “Suay” and “Light It Up”, CREO spent majority of 2016 working with long-time friend/producer Nathan Sheehy (Birds of Tokyo, Bluejuice, Dune Rats) on what would become the Sydney quartet’s upcoming EP titled ‘Subtitles for X, Y, Z’, due August 25.

A record that the four piece say is "not afraid to flirt with nostalgia, whilst establishing the notion of hopefulness for whatever the next chapter may be", we first heard EP opener “Behind The Beat” earlier this year, and now they reveal the first official single “Give Me Yours”.

"I go through these waves of emotions where I want something so bad I’ll kick everything I know and love to get it.  ‘Give Me Yours’ is all about that undying desperation to achieve, love and be loved or in more general terms; whatever it is you long for that nothing else in the world matters anymore, almost to the point of an unhealthy obsession."  - Jorjee Haman (vocals)

Building a reputation for being an incredible live act, CREO’s ability to translate their meticulously textured indie-rock sound into a ferociously loud and energetic free-for-all is one of the key elements that made people sit up and take notice. After gaining some support from national broadcaster Triple J and countless community stations around the country, CREO toured nationally supporting the likes of British India, Tired Lion, Bad//Dreems, Last Dinosaurs and Spookyland, and sold out all of their respective hometown (Sydney) shows.

"Give Me Yours" will be available to purchase/stream on Apple/Spotify May 12. EP ‘Subtitles in X, Y, Z’ will be out on August 25, 2017. Website here, Facebook here.

'Give Me Yours' is a sprightly, upbeat indie rocker, that just manifests passion and charm, through and through! A definite play me again type of song. 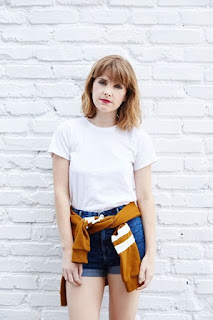 Her latest single “Honey, Put Your Weapons Down” is produced by Grammy Award-winning Jared Lee Gosselin (India Arie, Eminem, Corinne Bailey Rae). Featuring breathy vocals, poignantly honest lyricism and a stunning string instrumentation, “Honey, Put Your Weapons Down” is the perfect indie pop anthem. Lucy & La Mer succeeds in composing music with a direct and clear disquisition. "The central theme for the single is transitioning, most of my songwriting happens when there’s a change occurring in my life” reveals Lucy.

Lucy describes how the single was created through experimentation and the breaking down of boundaries. Lucy & La Mer aims to be a constant reminder for audiences to learn self-love, to take a break from something that is wearing you down emotionally and to focus on what’s most important. Her music beautifully blends acoustic sounds with a modern indie pop approach. Website here, Facebook here.

If gentle indie pop appeals to you, then 'Honey, Put Your Weapons Down' is more than worth a listen. This is an elegant song with delightful vocals supported by a sophisticated musical arrangement, wonderful.