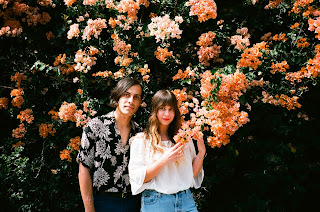 Pageants was formed by Rebecca Coleman in the aftermath of leaving Avi Buffalo (Sub Pop) in 2010, a band in which she was a founding member at the age of sixteen. Frustrated with clashing personalities and differences in musical sensibility, she, along with two other Avi Buffalo defectors, set out to revive the simplicity and spirit of earlier days. Diaristic yet dreamy and abstract in nature, her songs merge pop levity with melancholic lyrical undercurrents.

Collaborating with boyfriend Devin O’Brien to flush out demos, their debut LP, ‘Forever’ was close to completion in 2015. When label interest around the album hit a wall, the band decided to hold off on finishing the record while pursuing other opportunities.

Coleman continued to write, O’Brien focused on engineering and producing, while also being picked up by Cherry Glazerr (Secretly Canadian) to tour as their bassist and drummer Dylan Wood went on to play with Best Coast (Harvest). Inspired by fresh material and perspectives, Pageants decided to finish ‘Forever’ earlier this year and will be releasing their debut album via Eye•Dull Records. Website here.

'Chai (חַי‎)' is a gorgeous dream pop song with hints of indie rock. An attractive & emotional vibe runs throughout the song, giving it that play again feel, very impressive. 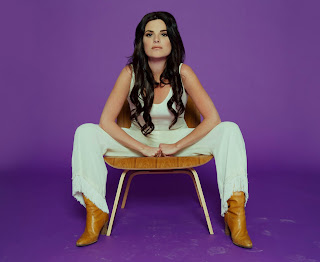 Background - Six months ago, Rose was primed to release South Texas Suite, a countrypolitan valentine to Austin, Texas. Days before the EP hit the streets and Rose kicked off a 4-month worldwide tour, the burgeoning songwriting force (and ‘country hair’ disciple) packed her boots for Nashville, where she entered BlackBird Studio A to reconvene with The Mavericks’ Raul Malo. In one short week, Rose, Malo and co-producer Niko Bolas channelled the tumult, turbulence and tension outside of the studio into Rose’s sophomore worldwide release, which includes nine self-penned songs. Playful yet uncompromising, Whitney Rose reminds us of popular music’s rich history of strong female voices and perspectives, and on Rule 62, Whitney Rose channels her inner Nancy Sinatra, Bobbie Gentry and Françoise Hardy.

Rule 62 finds Rose “breaking up with patriarchy”; a break-up evidenced by new songs that show verve, swagger and self-assurance in Rose’s instinctive sense of tone, broadened scope and attention to detail.  Rule 62’s ‘break up’ theme can be felt in songs like “Arizona” and “Time To Cry,” two fiery, merciless tunes that show Rose at the end of her rope with the manipulation and discrimination of women in the music business and beyond.

First single, “Can’t Stop Shakin’” was originally written as an anti-anxiety treatment in Memphis soul dance party form; however, recorded against an ominous political backdrop, the song now reverberates with an undercurrent of uncertainty and anger that reframes the self-calming shimmy as an act of protest.

Rule 62 is Rose’s second release of 2017, and sees the songwriter’s increased output matched by increased distinction. With so much touring now under the tires throughout North America, Europe and the UK, it’s no surprise that Rose’s best work yet often explores her journey woman’s experience. A move from her native Canada for a two month residency in Austin’s famed Americana bastion, the Continental Club, Rose describes as ‘lighting a fire in her’ and she felt compelled to stay. Smitten with Texas and the two-step dance culture, Rose found herself writing non-stop leading to the creation of both the self-produced EP South Texas Suite and Rule 62. Website here.

'Can't Stop Shakin' typifies the 'Rule 62' album, a collection of eleven modern country songs, that sometimes expand into other genres, broadening the appeal for this fine album. Centre to all of this are Whitney Rose's vocals, both melodic and interpretive, they have an impressive interchange with the musical arrangements, in fact the overall production of this album really does help all the key ingredients stand out. 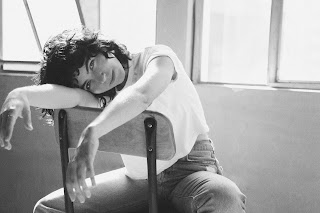 Oddnesse - Are You Down.

Background - The project began as a studio collaboration between musician Rebeca Arango and producer Grey Goon. The two east-coast expats had arrived independently in Los Angeles plagued by ghosts of old bands, with many gigs at the Cake Shop under their belts and expensive degrees in music on their linked-ins.

They both shared a vision for infectious beautiful music with a dark, heavy groove and as friends occasionally dropped by the studio with contributions, Oddnesse was born.

“I call this my “Pina Colada” song (in reference to the Rupert Holmes ditty). It’s a very confident and laid-back anticipation of my next lover, where I’m getting specific about calling in someone who can match my energy and approach to life. The question of going “slow” isn’t about romantic pacing per se (though that is important), it’s more about generally moving slow, never rushing to pack in too much all at once or getting anxious about “missing out,”  and preferring to sink in and explore the depths of all things.” - Rebeca Arango Website here, Facebook here.

Our third feature for Oddnesse this year, this time we have the new track 'Are You Down'. Consistently imaginative, Oddnesse up the stakes with each song they release, the ability to sound both powerful and yet uncomplicated is increasingly becoming a hallmark of their dreamy and passionate music.