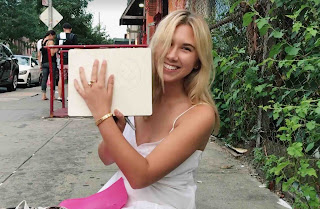 Background -  Ahead of the release of her debut album 'Nothing Like It' and following the release for the track by the same name, singer-songwriter Courtney Farren has revealed the new video for 'Hard To Tell'. This first collection of tracks she has released features guitar and piano songs recorded earlier in spring of this year.

"Out of all the songs on this record, Hard to Tell is my favorite for a few reasons. The main reason being that I so vividly remember the time and place I wrote it. I was in my friend's apartment in Woodside, Queens, and it was around 4 in the morning. And the imagery in the song is so literally what I was feeling and doing. So maybe I didn't actually put a tape of snoring on to wake up to (maybe I did), but the sentiment of all of the scenarios I describe in the song rang so true to how I was feeling that night," says Courtney Farren.

"I really love this song, and it means a lot to me. I hope people are able to relate to the stark, literal nature of the lyrics, and know I'm telling the truth from start to finish."

'Hard To Tell' gives a good feel for the forthcoming album 'Nothing Like It'. The music is gentle and yet has some real depth, Courtney Farren's vocals are intimate, simmering with emotion and work so well with the overall arrangement. Ideas and creativity are also abundant, giving this collection of songs some positive edge in the often crowded singer/songwriter market place. 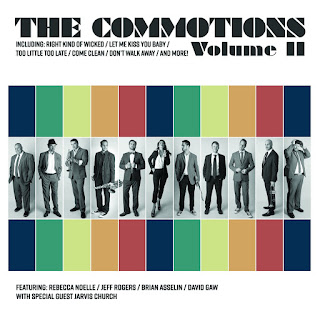 Background - Some people let adages and axioms slide off their shoulders. Others recognize their essential wisdom and run with them. A sterling example of the latter is the Commotions, for whom the sage chestnut, “Go big or go home” acts as a kind of roadmap for navigating the way forward.

It’s not just that the dapper Ottawa-based combo— 11 regular members plus a touring vocalist — has two lead singers, three songwriters, and a five-piece horn section featuring tenor and baritone sax, a pair of trumpets, and a trombone. Or that the guest line-up on their vibrant new album Volume II includes another 15 souls, among them some of the best musicians on the planet.

The Commotions write epic, sparkling, uncommonly skilled jazzy, funky soul/pop that, depending where you are on Volume II, conjure everything from Motown to Stax to Jake and Elwood. If this was the 1970s, The Sonny & Cher Show would be duking it out with Lola Falana to book the band for a marquee spot.

That’s not to say the Commotions are retro, exactly, though their forebears are well served by the band’s unparalleled musicianship and palpable enthusiasm. Rather, as musical director, producer, songwriter, and tenor sax ace Brian Asselin explains, the Commotions are more about reclaiming the spirit of soul that the beforementioned imprints — and the legendary artists on their rosters — championed. Except, of course, the Commotions do it bigger.

“I feel like soul music is the music of the people,” Asselin says. “If you look at all the iconic soul performers like Marvin Gaye or even the Temptations or the Supremes, they were documenting what was happening in the world. Soul music spoke to that. We are trying to do that today. Website here, Facebook here.

Taken from the new 'Volume II' album we have the opening track 'Good Enough' for your listening pleasure. Timeless, soulful and vibrant, the music is feel good and highly danceable, the production takes on eleven band members with ease, ensuring there is also a modern fresh feel to the material. 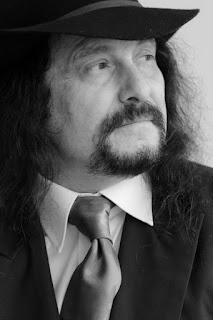 Background - Matt Hawkins’ debut solo single ‘Steel Ya Blues’ is courage under fire. A unique and exciting brand of steel slide guitar with layered guitar rhythms, warm vocals and natural percussion. Matt is an accomplished multi-instrumentalist and songwriter. An innovative and imaginative composer, he creates songs and soundscapes whilst performing on acoustic and electric instruments both live and in the studio.

‘Steel Ya Blues’ opens with a ballsy, mysterious didgeridoo, the sting of steel guitar and lingering, haunting percussion. Driven by a cool, swampy bass riff and a bullfrog rasp, the song moves forward into our minds and plays out a story of life. Dramatic slide guitar features impressively throughout this piece of music with a complex solo of duelling slide guitars that once heard, just won’t leave you. The moniker for the title track of Matt’s first solo single takes the listener on a voyage of no surrender. As Matt says “walk through trouble in our lives with steel defiance”.

All the song lines are played by Matt, a modern day, one-man band of roots n blues fusion, masterfully produced with Boss cutting edge digital Loop Pedal technology. The track was recorded at Red Brick Studios and produced and mixed by Anthony Stewart.

Matt’s dynamic talent in performance and composition stems from a family background rich in Spanish and English musical culture. His own musical history is a catalogue of brilliant songs. He has written Afro-Latin, World Music and Roots and Blues songs, forged from years of travel through Africa, Southern Europe and Asia. He has created two world music and blues bands, and covered as lead guitarist for bands in Australia and Tokyo where he lived for 8 years. Facebook here.

Top quality musicianship alongside some earthy and gritty vocals give the song 'Steel Ya Blues' a measure of energised potency that only a natural blues performer could deliver. 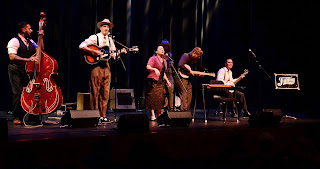 Background - Fanny and the Atta Boys touches on Western Swing, Depression era Jazz, Ragtime and Folk on the upcoming album ‘First Time Out’. This collection of songs recorded in the early days of the band in 2015 and 2016 before their recent release ‘A Peck of Dirt’ is coming out in remaster form October 20th on Nocturna Sol (a HeyDay Media label).

“Cukoo Bird”, the second single from the upcoming album, is an old traditional English folk song that’s been a fan favorite for years. In the words of Fanny, “I was drawn to it because of the beautiful banjo and also the kind of haunting way Clarence Ashley voiced it. I really connected with the sound of it on an emotional level.”

Simplicity is the defining factor of Fanny and the Atta Boys’ music. However, this group based out of San Diego, California, is also a band of eclectic sound, amalgamating a variety of genres into their music. Their sound is largely centered on American roots, country swing, and depression era jazz, with classic blues styling thrown in for good measure.

With driving vocals from Fanny and Natt Wise, the band is known to put on a show that engages the audience with its energy, soul, and sense of humor. At any given Fanny and the Atta Boys show, you are likely to experience a generally lighthearted, funny, and lively set. While the band does add a few soul-stirring songs into the mix to keep things well rounded during their performances, their shows always promise the audiences a heck of a good time. Fanny and the Atta Boys have shared the stage with or opened for The Blasters, Big Sandy And His Flyrite Boys, Jake La Boltz, and Wayne ‘The Train’ Hancock.

'Cukoo Bird' is a joyous slice of old time American roots music, performed by artists who clearly have considerable passion and love for the musical styles they perform. What's more they do so in a fabulously talented way!