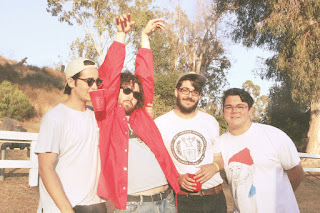 Background - Arms Akimbo's newest song "Parachute" is a song about "what you get when you have a lot of emotion to funnel through a really small outlet." Arms Akimbo's previous release "Michigan" went viral on Spotify with over 750,000 plays and gained them the opportunity to open for The Animals (Eric Burdon) at The Santa Monica Pier.

Pay-to-play pushed the music scene east and it left the glam of Hollywood behind.  The Hyatt on Sunset is now the Andaz West Hollywood, the Whiskey is pretty much just metal bands, and the House of Blues was torn down to make room for a high rise hotel.

This paradigm shift led to a new creative identity for L.A. musicians.  Fans became friends. Dive bars became hometown venues. Bands stopped competing and started a community.  They turned their focus to what matters most: good music. This is the L.A. scene that Arms Akimbo comes from.

Arms Akimbo is a 4-piece rock outfit comprised of Peter Schrupp, Christopher Kalil, Matthew Sutton and Colin Boppell; and their story is simple.  After meeting in college, they formed a band inspired by artists like Portugal. The Man, Local Natives, and Manchester Orchestra. FACEBOOK.

'Parachute' is a vibrant indie rock song, the vocals have some gritty edge whereas the harmonies add in a softer element that complements the whole. 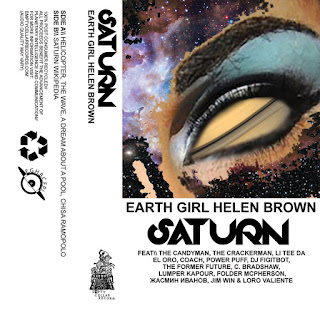 Saturn follows Spring and Summer installments Mercury and Mars. Each release benefits a unique set of causes that are dedicated to making the world more healthy, verdant and safe place.

We featured 'Flowers Of Darkness' from Earth Girl Helen Brown back in July & 'Chisa Ramopolo' makes for a welcome return. Previously we used the word "quirky" & the new song has a definite requirement for us to use it again. I can add, catchy, fabulous and upbeat as well as lovable! 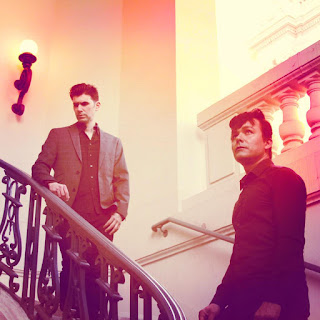 A Million Machines - Absence Without Leave.

Background -  LA-based synth pop outfit A Million Machines have announced 'Absence Without Leave' as the second single from their first full-length self-titled album, slated for release on November 24, 2017. This follows up the first single ‘Come Tonight’. The video for 'Absence Without Leave' was shot on the Yurikamome train, a driverless, automated transit service, while en route from Shimbashi to Odaiba.

‘Come Tonight’ is a pulsating electronic burner that echoes Depeche Mode in its technical attack of modular synths, coupled with passionate male vocals. "This song encourages an awakening to the state of the world. An awakening to prejudice, corruption and human rights. An awakening to a revolution," says vocalist Fate Fatal. BANDCAMP, WEBSITE, FACEBOOK.

'Absence Without Leave' follows on just two months (& one day) from our first feature for A Million Machines, it's the second single from their debut album. This is some top notch synth pop and the video adds to the atmosphere. Check out both songs & if you like, there are another nine desirable tracks on the album that are ready & waiting. 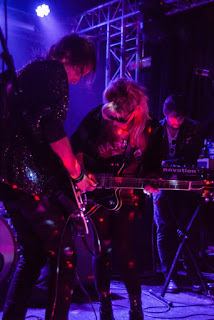 Background - Magic Wands are a dream pop duo from Los Angeles, California. They are known for their melodic, catchy songs “Black Magic” and “Teenage Love.” Chris and Dexy Valentine create music that centers on their main influence— the love of all things “magic” “love,” and “dreams". They have recently expanded to a five piece for live. Magic Wands Abracadabra Tour begins this fall in anticipation of their third album ‘ABRAKADABRA' due out early spring 2018.

Magic Wands have been remixed by The XX and Crystal Fighters (featured #1 in NME) as well as have toured and shared bills with The Horrors, The Black Keys, The Jesus and Mary Chain, The Wombats and The Kills. In 2012 they released their debut album Aloha Moon & performed live on BBC1 Radio and XFM followed by Jupiter in 2016. WEBSITE, FACEBOOK.

Just a quick mention that from November onwards all tour details will appear with the appropriate feature again as is the case with Magic Wands. As for 'Loveline' it's a well paced dream pop song, with a whole lot of hooks and layers of beautiful sounds.