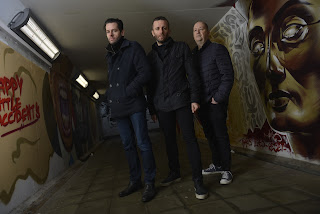 Background - MARCV5 on "Gingerman" J.P. Donleavy's "The Ginger Man" was written far before the beat generation movement and we really thought we had to make a song about it as it’s a real masterpiece. For all of us, this is our favourite single from the album. The song came almost naturally to us. For the video, we just set up a camera in front of our actors, put the music on and let them spontaneously do their thing. Following our director, the casting was just perfect, disciplined and well organised. The 8 actors represent very well the diversity of Brussels.

MARCV5 (pronounced MARCUS) are Stephane Matten, and brothers Davy and Geert Standaert. They formed over ten years ago and achieved great success in their home country, Belgium, as well as in various European countries. Their first album "God Save The King" was released in 2008, followed by several singles such as "15 Feb." (2011), "Weekendancer" (2012), and "Mystique" (2014). After recording their first album, MARCV5 went on the road playing throughout Europe. On more than one occasion, the band performed 3 gigs in less than 48 hours, traveling over 1500 kilometers by tour bus.

They have shared the stage with artists such as Selah Sue, Chromeo, Aeroplane, Vive la fête, and Boys Noize. The band also hosted a radio show for 4 years on Belgian's radio FM Brussels. With influences from the likes of Vitalic, James Holden, Leonard Cohen, Red Zebra, Camper Van Beethoven, and Cocteau Twins, MARCV5’s music is a fusion of post-punk, dance and electronic. You can expect fast BPM's, noisy guitars and distorted voices. The trio focuses strongly on live performances as they purposely build up the atmosphere using heavy synths and thumping beats.

“We Can Do More” is MARCV5’s second studio album. It was recorded largely during trips to Brighton, Düsseldorf and their hometown Brussels in the long drawn out days of winter. Capturing the lethargic mood at the time, every song on the album has its own story that intricately links together in some form or another. A hybrid of rock, electronica, and punk influences, “We Can Do More” is held together with an honest look at humanity and the new challenges each of us has to face in the future. WEBSITE, FACEBOOK.

Opening with a swirling synth and soon followed by spoken vocals 'Gingerman' quickly builds into a solid electro piece with some biting edge. Rock without the guitars, or electronic with attitude, you decide. 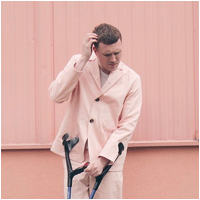 Background - Having gained recognition with the release of his debut EP as well as his latest collaboration on ‘Games’ with a fellow Norwegian artist ARY, 2018 is looking very promising for Gundelach. Taken from the forth-coming ‘Baltus’ LP, ‘Duck Hunting’ is just one piece of Gundelach’s sonic buffet which showcases his intricate creativity. Built on a variety of analogue synths, the single reflects on love, relationship and hope as well as depression, fear and numerous insecurities haunting the individual behind the lyrics.

Kai aka Gundelach says: “The song is about being in a relationship, about being depressed and having someone helping you through it. I was listening to “I’m on fire” by Bruce Springsteen on repeat all summer and wanted to channel the feeling of that song with a song of my own. I sat down with my Juno 60 and had it ready in no time. Ultimately it’s hopeful but still sad. I named the demo “Duck Hunting” because it symbolized nostalgia to me and it just stuck. I used to play that game on my Nintendo, with the plastic gun and everything.”

'Duck Hunting' is a gorgeous song, where the falsetto vocals exude a level of intensity that really does give the track an addictive and natural feeling. The refined synthy background just adds to the piece. I guess if you are going to be influenced by a Bruce Springsteen song, the least you can do is aim for gold! 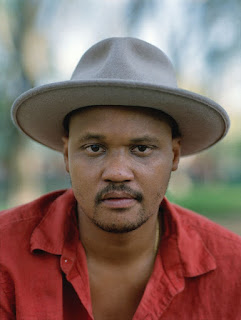 Son Little - Mad About You.

Background - “Can someone tell me if it’s wrong to be / so mad about you,” posits singer and songwriter Son Little on “Mad About You”, a yearning love song from his latest critically acclaimed full length New Magic. Watch Son Little aka Aaron Livingston navigate flirtatious moments and traverse deserted terrain in the song’s new video.

Son Little first came to the public’s attention through his collaborations with The Roots and RJD2, and has since toured with artists as diverse as Mumford & Sons, Kelis, Shakey Graves and Leon Bridges. In addition, he won a Grammy for his work producing a Mavis Staples EP.

GQ describes Son Little as “soul music for the hip hop generation”, and the tracks on New Magic certainly draw from the diaspora of American blues and soul that includes not only modern R&B, but also rock & roll and hip-hop.

He then transforms them into a singular sound that is propelled by his mesmerizing and soulful vocals and production that artfully balances between rustic immediacy and hip hop cut-and-paste. WEBSITE, FACEBOOK.

We spoke highly of Son Little's music back in September and 'Mad About You' just begs to get the same attention and applause. Soulful and just a little bluesy Son Little once again demonstrates sophistication and heart, with style. 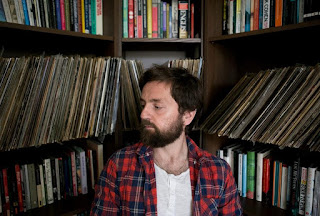 Background - Blue Rose Code, aka acclaimed singer-songwriter Ross Wilson, released The Water Of Leith, his first album for Navigator Records, in autumn 2017. A host of stellar reviews culminated in the award for Scottish Album of the Year from The Skinny, whose 5* review stated: “each song fuses a multitude of elements to produce breathtaking beauty”.

Stand-out album track Ebb & Flow was released as a single on January 19, and described by Ross thus, “Above the entrance to the Scottish National Gallery Of Modern Art there is a neon sign that exclaims "Everything Is Going To Be Alright!". The problem that I have with that is I wasted so long waiting for everything to be alright, waiting for something to happen but now, the truth as I see it is that everything is alright. A subtle but powerful difference. There is nothing wrong with right now, that's what the song is about.”

A nomad both geographically and musically, Ross writes from the heart eschewing any specific genre and the twelve new songs on The Water Of Leith, addressing themes of love, loss, travel, home, accepting the past and embracing the future, are painted with colours of folk, jazz, soul and pop; an eclecticism that has become a hallmark of Blue Rose Code and has seen him compared to John Martyn, Van Morrison and Tom Waits. WEBSITE, FACEBOOK.

We featured Blue Rose Code back in August of last year and the new song 'Ebb & Flow' is a most welcome follow up for Beehive Candy. The musical arrangement is beautiful, the vocals upbeat and engaging, and a feelgood vibe just cannot be restrained.