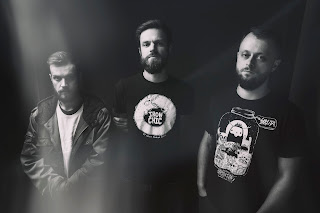 After their first LP “The Sun” - which was highly acclaimed both by critics and listeners worldwide and showed the band’s ability to mix styles, create dreamy vibe and submerge listeners into fantastic sound landscapes - the band is ready to continue their musical journey with their next album “The Sea”. Rich fuzz, blended with atmospheric psychedelia, warm grooves and airy leads show the band’s progression both musically and lyrically and once again prove Somali Yacht Club’s inventiveness in blending styles.

Somali Yacht Club is a stoner rock trio from Lviv, Ukraine. The band mixes elements of stoner rock, psychedelic rock, shoegazing and post-metal in their music. Formed in 2010, as a jam band, but evolved to a main band for it's members. BANDCAMP, FACEBOOK.

'Vero' is the first of six tracks on the bands 'The Sea' album. It's a good indicator of the quality of this album, where the band drift through rock genres whilst retaining a consistent identity. The energy levels and emotional feeling, switch without notice adding a level of anticipation at any given moment. This should appeal to a wide range of rock fans. 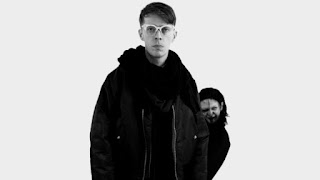 Background - LA-via-Australia based duo VOWWS share their latest single "Esseff". They explain that "'Esseff' is like James Bond spy music updated for the modern world. We wanted to create a sound that felt like you were being chased by something scary, but enticing". The single is from their forthcoming album Under the World, out 3/2 on Anti-Language Records. VOWWS will also be kicking off their US tour this March, you can find a full list of dates below.

With their new album, 'Under the World,’  VOWWS craft their dark pop masterpiece - a cinematic, stylish and menacing statement of intent. Drawing upon influences as diverse as classic western, electronica, surf rock, metal, and film music, the enigmatic duo weave disparate threads of cultural influence together into a tapestry of drama, imagination and surprising warmth - only to deconstruct them again in front of your ears.

Under the World was largely recorded with friend, mentor and engineer Kevin S. McMahon at his New Paltz, NY studio - building upon a symbiotic relationship formed while piecing together their debut, 2015’s The Great Sun - a dirty, grinding and swaying work featuring guest appearances by electronic music legend Gary Numan and Swans’ percussionist Thor Harris.

This time around VOWWS took on a more prominent role in producing and mixing the record, but the timeless influence of McMahon and his weatherworn New Paltz studio/barn is still present. Under the World deliberately eschews any obvious Post-Punk and Industrial tropes, instead allowing space for its stylish hooks, direct vocals and rich textures to shine. It will be released on the band's own label, Anti-Language Records on March 2nd, 2018. WEBSITE, FACEBOOK.

Almost a year to the day since we first featured VOWWS they return in style with 'Esseff'. The duo have created an expansive sounding, and very catchy rocker that just oozes atmosphere and plenty of originality. 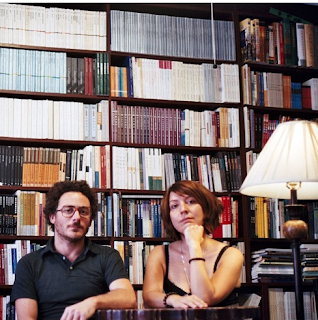 Background - French duo Madeleine & Salomon have just released their album 'A Woman’s Journey' in the USA, along with a little tour on the east coast.

The epic and libertarian duo Madeleine & Salomon embraces with ardor the feminist American songbook. They cover it with loving-kindness tinged with a minimalistic music and with a deep and incandescent chant. Their first album A Woman’s Journey reveals a graceful and unexpected reinterpretation of a humanist and rebellious repertoire from Nina Simone to Janis Joplin, Billie Holiday and Josephine Baker.

Madeleine sings, Salomon sits at the piano. Madeleine & Salomon, a duo with a natural elegance, “less is more” is their essence. This homage to American female protest songstresses is enriched on stage by free improvisations inspired by screened dreamlike short films.

Long-term friends, they discovered, during a tour of Asia, in 2014, that they shared a common musical aesthetic and decided to form the duo Madeleine & Salomon stamped in impressionist poetry. They took advantage of the invitation of the Melbourne Recital Centre in June 2015 to rethink the American Songbook in their original fashion, and record their first album A Woman’s Journey. BANDCAMP.

'Swallow Song' is just a tiny glimpse of the duo's album 'A Woman's Journey', a little taste if you like, before you devour what is a fabulous album. If your in the mood for original, different and engaging wide appealing jazz centred music, you have arrived at your destination.